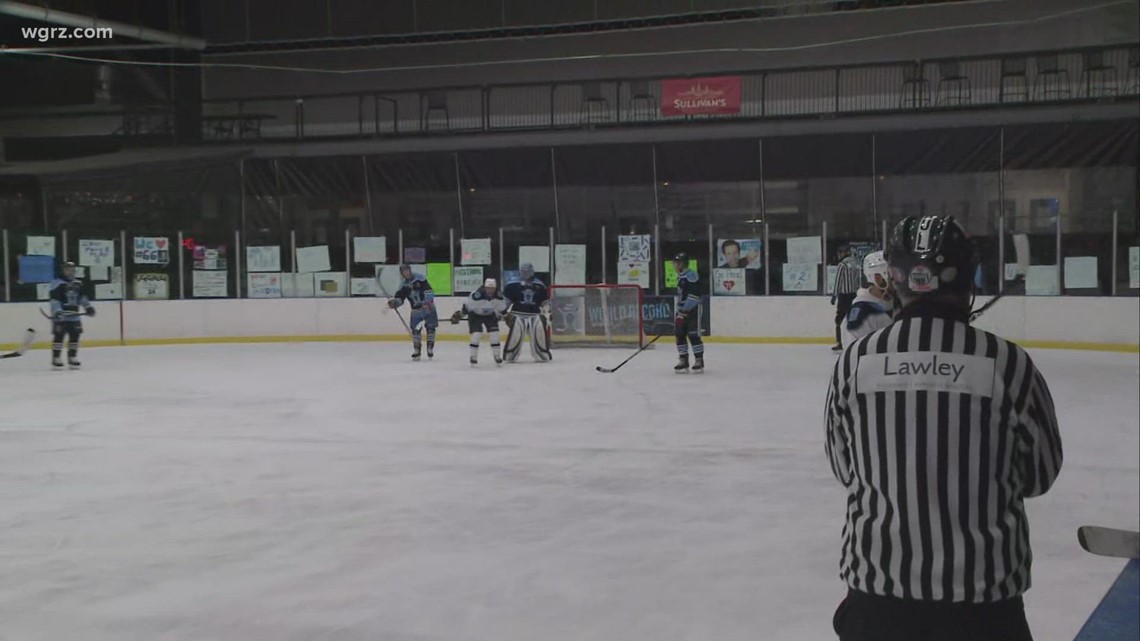 Thousands of players from dozens of teams will take to the ice to raise money for cancer causes through July 3.

BUFFALO, NY — At Harborcenter, the signs are up and volunteers were sorting jerseys and taking care of last-minute preparations Thursday morning, before thousands of players hit the ice for the 11 Day Power Play Community Shift.

Hearing about the return of the 11 Day Power Play, you might be wondering ‘didn’t they just come off the ice?’ You’re right. In November, forty players, including WGRZ’s Pete Gallivan, raised more than $2 million and set a Guinness World Record for the longest hockey game of all time, at 252 hours.

Co-founder Amy Lesakowski admits there was some concern about the short time frame of the world record game.

“We do community change every summer, and we had to quickly flip that event from last November and open it up to the community quickly,” she said. “It’s been a challenge, but as always, our players and volunteers never let us down. People are excited to be back here at Harborcenter this summer and we’re ready to go.”

Skating will begin Thursday morning at 9 a.m. The official opening ceremony is set for Thursday at 6:30 p.m., with November’s world-record “Frozen Forty” teams playing top fundraisers, then a rematch of the Blues against the Whites.

You can consult the complete program here.