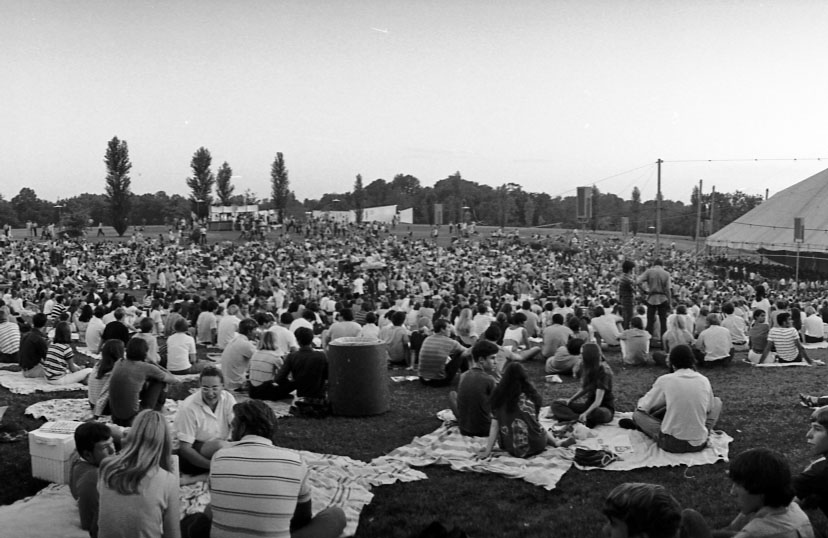 7 things only people who grew up in St. Louis in the 1970s would know

The burger chain was a popular place for families in the St. Louis area and was eventually purchased by Hardee’s in 1982. The chain had two beloved mascots, Burger Chef and his sidekick Jeff. The restaurant came with its own “Works Bar” where customers could add their own toppings to the burgers.

Burger Chef was also the first restaurant chain to serve a burger-fries-drink combo that was called the “Triple Threat” according to Business Insider. The restaurant also reportedly served the first children’s meal, which the company called a “Fun Meal.” The company has even partnered with “Star Wars” to create meals for children. You can watch an ad here.

The Who, Grateful Dead and Janis Joplin all performed at Woodstock in 1969, but these big names also performed at the Mississippi River Festival held for 12 years at SIUE.

The festival took place between 1969 and 1980 and according to a book about the event, over a million visitors attended. A book about the festival indicates that the festival began as a partnership promoting the performing arts in the region. SIUE invited the St. Louis Symphony to play there during the summer season.

SIUE has built an outdoor concert hall to attract the widest audience possible, including a variety of musicians. You can even check out the setlist from different years here.

Some of rock’s hottest bands also packed Busch Memorial Stadium over the summer for Super Jam. The crowd was usually over 40,000 people. The St. Louis Post Dispatch reports that the July 9, 1977 concert drew more than 45,000 fans. REO Speedwagon, of Champaign, Illinois, played according to the newspaper. Head East, Gypsy and Judas Priest were also on stage. Tickets were $10 for the concert.

Some of rock’s hottest bands also packed Busch Memorial Stadium over the summer for Super Jam. The crowd was usually over 40,000 people. The St. Louis Post Dispatch reports that the July 9, 1977 concert drew more than 45,000 fans. REO Speedwagon, of Champaign, Illinois, played according to the newspaper. Head East, Gypsy and Judas Priest were also on stage. Tickets were $10 for the concert.

The beginnings of Screamin’ Eagle

If you grew up in the 70s, you might remember the anticipation for the opening of The Screamin’ Eagle. You might also remember queuing for hours to ride the longest, fastest and biggest roller coaster in the world at that time. The coaster opened on April 10, 1976, in the nation’s bicentennial year. The theme park was then called Six Flags over Mid America.

The Cardinals baseball team won 11 World Series, but the 1970s were not so good for the team. The decade was sandwiched between World Series victories in 1964 and 1967 and then one in 1982. Redbirdrants.com explains how at one point the team had five future but still underperforming Hall of Famers . You can read their synopsis here.

However, the other team carrying the red birds was hot. in 1974, the St. Louis Cardinals football team started the season 7-0. The team won the NFC East in 1974 and 1975. If you went to a game at Busch Memorial Stadium during that time, you might have seen names like Dan Dierdorf, Roger Wehrli, Terry Metcalf and Tom Banks.

The last train from Union Station

You may remember being on one of the last trains to leave Union Station. Rail service stopped on October 31, 1978 at 11:38 p.m. This ended the first chapter in Union Station’s history that began on September 1, 1894, when the first train arrived. The station experienced one of its highest traffic during the 1904 World’s Fair and World War II. Today, you can see historic touches from the past in Union Station’s Great Hall. There are several restored details and an adjoining hotel. It has also grown to include the St. Louis Aquarium, the Wheel, and popular attractions like the Polar Express.

Roller Skating at Skate-a-Rama: Roller skating was a popular pastime in the 1970s and the rink was a hangout for many. Some may remember Skate-a-Rama in Fairview Heights. Roller skating still exists today but its popularity has declined. There are skating halls that still exist since the 1970s, such as Skate King in East St. Louis. Apparently, St. Nicholas Catholic Church on N 18th Street has hosted skating in its church hall since the 60s and you can still rent a space today.

Hockey Hut cuts the ribbon for a new outdoor rink