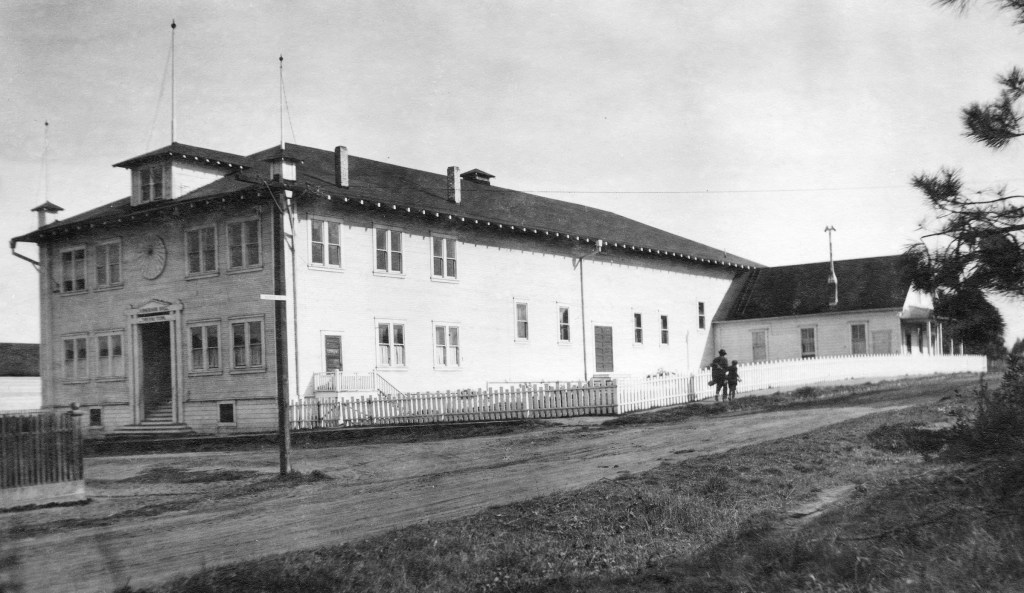 In 1914, more than a century ago, the building at 210 Corry Street in Fort Bragg was built by the Finnish community to host Finnish plays and other events. Over the next few decades it served as a multi-purpose venue, also with name changes: Toveri Tupi or Comrade Hall, IWO Hall, Fort Bragg Labor Temple and finally Eagles Hall.

Fellowship room: The Finns welcomed the community as a whole to use the building. For example, in late 1914 the IOOF held its 24th annual New Year’s Ball (a progressive dance) at the Red Men and Comrade Halls.

The racial injustice of the infamous 1933 Scottsboro trial (nine black teenage boys were falsely accused of raping two white women on a train in Alabama) was such that the venue provided a platform (admission to 15 cents) for “hearing the truth” from Lester Carter (“one of the white boys on the train; an important defense witness”), and Mrs. Jane Patterson (“the mother of one of the convicted boys”) .

Certainly intimate with the brutalities of war, Finland showed the 1937 films ‘Spain in Flames’ and ‘Grand Illusion’.

IWO Room: Shortly after the United States entered World War II, the International Order of Workers, Redwood Lodge No. 3893, took ownership of the building. General Victor A. Yakhontoff, a former member of the Russian General Staff of the Tsarist army during the First World War, spoke of “Our war”. For a meeting of the Fishermen’s Union of Noyo No. 40 with the international leaders of the Union, all fishermen were asked to be present. A redwood industry strike began in mid-January 1946 and a union strike benefit dance was held here. (The strike ended in 1948.)

Fort Bragg Labor Temple: On June 8, 1946, the building was dedicated as the Fort Bragg Labor Temple for the Labor Unions and served as the location for the Strike and Policy Committee. Meetings held here included the Carpenters’ Union, Fishermen’s Union, Lumber and Sawmill Workers’ Union, Bartenders and Culinary Workers’ Union, Alcoholics Anonymous and the Salmon Trollers Marketing Association. There were also social events – dances, plays, bingo, wedding anniversaries, a basketball game to support March of Dimes, and even an ice rink was provided.

Hall of Eagles: The Fraternal Order of Eagles, Fort Bragg Aerie No. 833, was organized on November 10, 1904. However, without a proper hall, meetings and social events were held at various venues around the city. For example, in 1944, to celebrate their 40th anniversary, the dance was held at IOOF Hall on Main Street (now Masons Hall). In 1959 they began using the building, officially registering the property on January 1, 1960.

For more than 60 years, it was a place where the community made memories – live music, celebrations, fundraisers and performances by the Gloriana Musical Theatre. What will be its next incarnation?

If you have historical artifacts and/or photographs relating to these organizations or the building itself that you would like to preserve, contact FB-MCHS at (707) 961-0498 or [email protected]