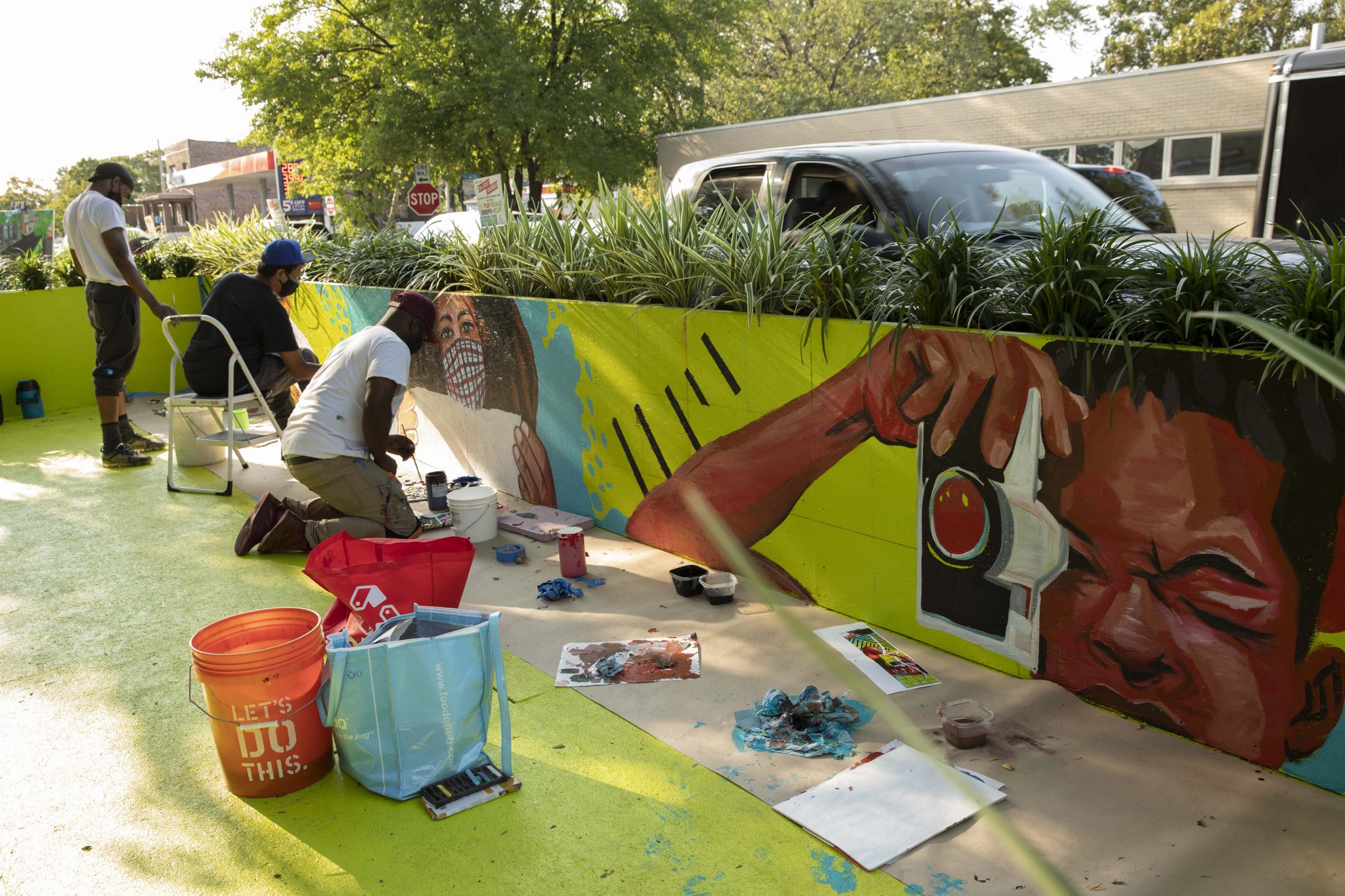 A helping hand: temporary interventions can be long-term investments in neighborhoods (CAB 2021)

The neighborhood venues for this edition of the Chicago Architecture Biennale are set on wasteland in the city, leaving me to wonder about the long-term impact of these installations on neighborhoods. Realizing that these are ephemeral installations, meant to enliven, inspire and bring about change, are they making a difference in many disinvested neighborhoods in Chicago, especially on the south and west sides of the city?

Following on from the city’s south / west investment programs that Mayor Lightfoot’s Planning Commissioner Maurice Cox and Transport Commissioner Gia Biagi have launched, these facilities are giving a dynamic boost – perhaps a vaccine – the rust pandemic which has infected these neighborhoods for decades.

When you look at the history of these neighborhoods, from Bronzeville to Roseland, from West Garfield Park to Austin, there is a vibrant and rich history of prosperity and growth, of wealth and commerce that has vanished since the white flight of years. 1960. What remains are blocks and blocks of vacant lots of rubble, buildings doomed to collapse, and streets with weeds growing through cracks into the sun.

Over the years, there have been interventions in the South and West neighborhoods of Chicago: Amanda Williams’ painting “Color (ed) Theory” houses vivid colors for the 2015 Chicago Biennale; Theaster Gates is redeveloping his own Greater Grand Crossing neighborhood, one building at a time; Ghian Foreman takes over the Overton School and the surrounding grounds in Bronzeville and grows sunflowers as if they were a field of sunshine. Let us not forget Bernard Loyd creating Boxville Marketplace or Emmanuel Pratt and his Sweet Water Foundation tearing up sections of vacant plots and abandoned buildings and transforming them into community goods. These are examples of people taking back their ruined land in their own neighborhoods and making a long-term investment in their future. 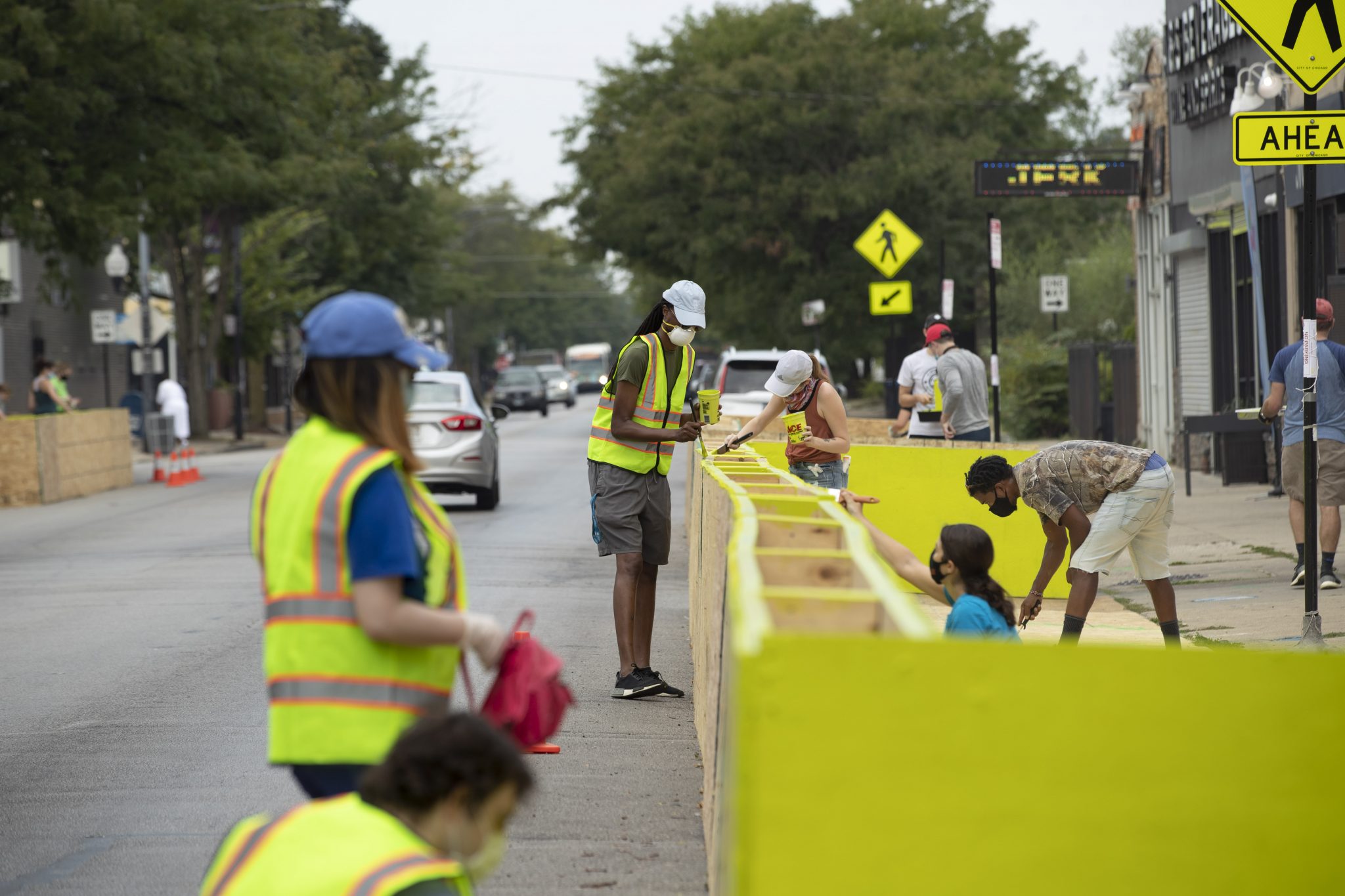 Investment is what is needed most. The south and west sides certainly have more vacant lots and condemned buildings than the north side of Chicago. There are more crimes and hardships. So when real estate developers and investors need their return on investment in seven years or less, they will certainly go the easy way, with more expensive land where it can be easily developed and transformed. Banks like it too: less risk. The vacancies on the south and west sides will require longer term investments to reach their potential. Fifteen years minimum, thirty years more likely. But find me a developer or a bank that is willing to go this route, and I will find you a much higher interest rate on this loan as well. Unless you are already invested in these areas, this is a tough sell.

I once thought that it would take less than thirty years for the earth to return to its natural state. Maybe in Las Vegas if there was an apocalypse and the sand was sweeping the Strip! But those plots of land in Chicago have been vacant for well over fifty years, and they look the same as when the buildings first fell.

This last year has seen more interventions that have brought brightness to the neighborhoods. Lamar Johnson Collaborative’s Pop Courts at Chicago Avenue and Lockwood opened last month and are making the Austin neighborhood sizzle. The 75th Street promenade was a collaboration of our company, Site Design Group, with Brook Architecture, Booth Hansen, Vladimir Radutny and Krueck Sexton Partners who occupied parking spaces to help Chatham businesses grow their revenues up to thirty percent. Our collaboration with Studio Gang to create a roller skating rink in West Garfield Park thrills the people of Madison and Pulaski to the beat of the beat. Design Trust, an entity created by Katherine Darnstadt, Paola Aguirre and Elle Ramel, leads three different architectural teams to create sidewalk and street interventions in South Chicago, Humboldt Park and Back of the Yards. The vacant positions in the neighborhoods are gradually filling up. But that’s not enough. There has to be a plan for longevity, wealth creation and reinvestment. This Biennale is the start of this plan.

We now have a different challenge ahead of us. The 2020 pandemic has decimated the office real estate market in downtown Chicago. He’s not coming back anytime soon. People have figured out how to work remotely. They don’t have to share space and germs with their coworkers. So what happens to all of these investments? Does he return to the neighborhoods where everyone can have their living / working space? Can they grow their own food in the wasteland next door? Is neighborhood value increasing as downtown, the Central Business District, reinvents itself? That’s the beauty and the promise of the 2021 Chicago Biennale. It gives us pause: how much is this city available?