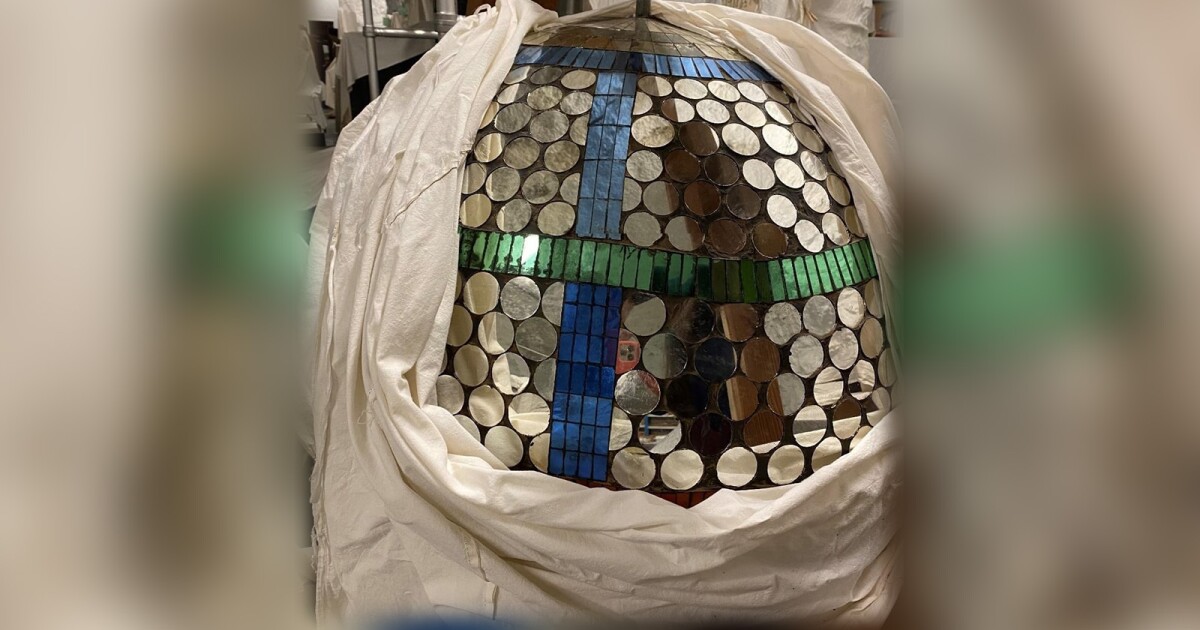 The Kansas City Museum at Corinthian Hall is set to reopen on October 21 after a nearly seven-year renovation. And programming director Paul Gutierrez is excited to finally share the beautifully restored building, exhibits and all the priceless artifacts that will be on display inside.

â€œIt’s been a long time coming,â€ said Gutierrez, who describes the museum as a celebration of Kansas City history and an inclusive gathering place for people to explore the city’s rich cultural heritage.

Of the many artifacts on display, Gutierrez believes Kansas City’s El Torreon mirror ball will captivate visitors of all ages.

â€œIt’s eye-catching and then all the stories behind it,â€ he says.

Music historian and writer Chuck Haddix says it’s a miracle the mirror ball has survived all these years, adding, “Artifacts like the ball connect us to a place in our lives, in our history.”

Haddix is â€‹â€‹also the head of the Marr Sound Archives at the UMKC and also host of the KCUR radio show The Fish Fry.

â€œI think that’s why it arouses such intense emotion in people. They say, ‘Oh, I remember that. “”

The history of the mirror ball

Manufactured in 1918, it was long before the â€œdisco eraâ€ of the 1970s that mirror balls popularized.

The mirror ball made its Kansas City debut in December 1927 at the El Torreon Ballroom at 31st and Gillham in Midtown Kansas City.

Haddix says the 1920s were a time filled with a new dance craze. And El Torreon was a popular place for young people to meet and dance. It was cheaper than other ballrooms and had a romantic vibe with Spanish architecture, balconies, and even a machine that projected clouds and stars through the ceiling.

“And the big crystal ball presided over the nocturnal festivities, from the day of its opening”, explains Haddix.

He was hanging over the big groups of the day like Phil Baxter and his Texas Tommies and The Alabamians with Cab Calloway. It was a party.

But in 1935, due to the Great Depression, the El Torreon Ballroom was closed and turned into a roller skating rink, a place Chuck Haddix remembers visiting as a child.

â€œIt was a beautiful place, a great, great, great rink floor,â€ says Haddix. “And it stayed until 1970, then it became the Cowtown Ballroom.”

In the 1970s, the Cowtown Ballroom was the center of rock ‘n roll life in Kansas City. There were no seats and no air conditioning. It was hot and wild.

The list of bands that have performed at Cowtown Ballroom in just three years is vast and epic.

There is a documentary about it called “Sweet Jesus”.

And like a fly on the wall, the mirror ball was there for everything – spinning above – watching it all come down.

After the Cowtown Ballroom closed, the mirror ball was taken apart and donated to the Kansas City Museum where it was stored.

The story of El Torreon continued. It became a punk spot in the 1990s and then a popular flea market. It has changed hands over the years and is still a place to book events.

The resurgence of the mirror b
Lisa Shockley has worked with the Kansas City Museum for years and remembers the first day she stumbled upon the collection’s mirror ball.

The bullet had a few loose mirrors and cracks, but otherwise it just needed a little dusting and was ready to shine.

Shockley says the mirror ball was loaned out for the movie “Mr. and Mrs. Bridge” where it made her Hollywood debut. And he had a brief presentation at the Union Station Science of Rock exhibit in 2012. But other than that, he was thrilled.

A huge music fan herself, Shockley is thrilled that the mirror ball has a new home and will shine for the public when the Kansas City Museum reopens. For her, it’s an artifact that represents the joy of Kansas City.

â€œWhether it was a dance or an ice rink, it was about people getting together, socializing, being together and having fun,â€ Shockley explains.