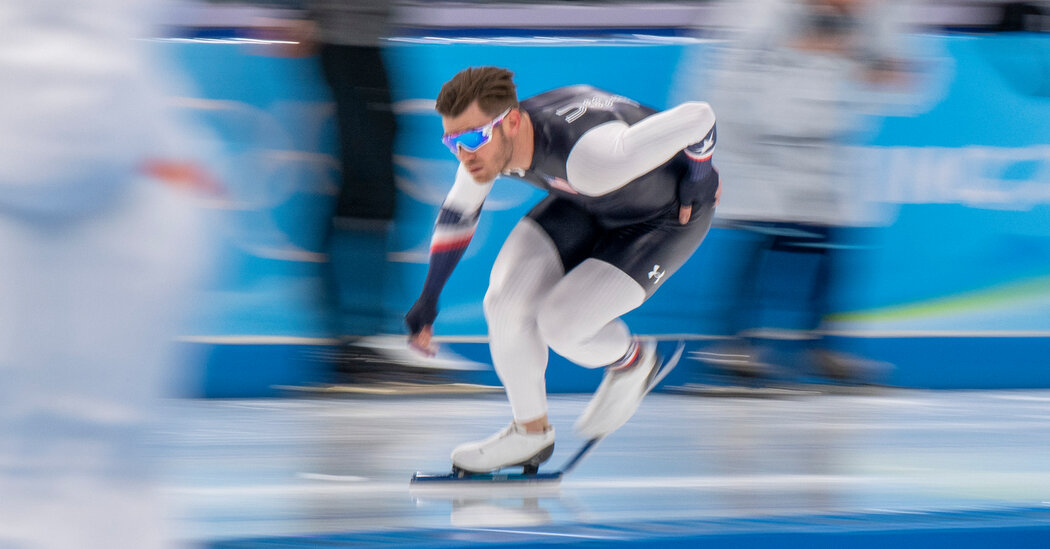 Long Track Speed ​​Skating can be a little quiet when it comes to longer races. At these events, athletes roll around smooth rinks, their arms resting behind their backs as they race only against the clock.

The mass start event, which first appeared at the 2018 Olympics, significantly livens things up. In the approximately four-mile race, 20 or more skaters are on the ice at the same time, drawing and jousting for position. Stay in your lane? Not in the mass start.

And at these Games, an American, Joey Mantia, can win on the men’s side. (Speed ​​skater Ian Quinn, 28, who is making his Olympic debut, will also be on the ice for Team USA.)

Even die-hard speed skating enthusiasts recognize that the mass start provides more excitement than the sport’s traditional races. “I’ve been doing long track for about six years now,” Mantia said in 2018, “and I love the sport, but sometimes it’s a little hard to watch.”

Mantia, 36, started in-line skating, a sport in which nearly all races are a mass start. But he faces a formidable opponent on Saturday: Bart Swings of Belgium, the reigning silver medalist who also had a long and impressive career as an inline skater.

If the race is won by a significant distance, Swings could be first in line. But if it’s a photo-finish, Mantia, the faster sprinter of the two men, could have the advantage.

Mantia also competed for the United States in the speed skating team pursuit on Tuesday as the Americans finished with a bronze medal and won their second speed skating medal of these Olympics.

On the women’s side in the mass start, there is an obvious favourite: Irene Schouten from the Netherlands. She’s already won the 3,000 meters and 5,000 meters at these Games, and she’ll likely be the first to cross the finish line, no matter how many other runners line up on the ice.