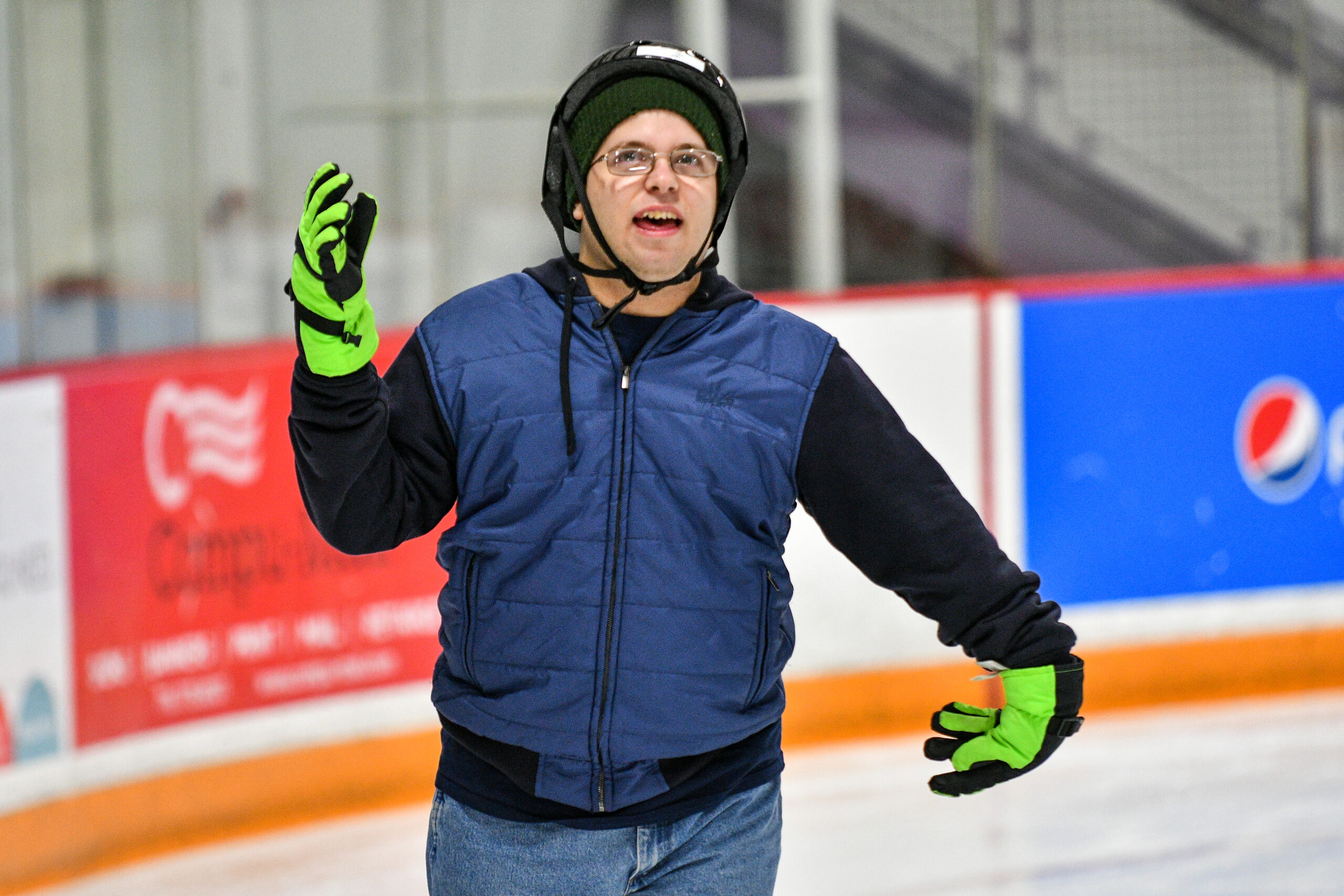 Before the Zamboni finish clearing the ice on a Wednesday night at SABAH’s Niagara University program, TJ Smith is already standing at the gate of the rink patiently waiting to get out and start skating. Without exception, TJ Smith is the first on the ice every week. But what’s truly remarkable about TJ is that he’s also committed to being one of the last skaters off the ice. TJ’s work ethic is his main story. And the reward for his dedication and hard work is extremely evident. TJ has become such an accomplished skater that he often skates without a partner because he is so independent.

TJ’s dedication has also made him a vital force in Group 3 at Niagara University as he skillfully connects in group routines and enjoys being placed in key roles where an advanced skater is needed. As Carrie Drabik, director of programming for SABAH, shares, “TJ is a quiet, determined guy who likes to skate and be part of the group. He’s always a skater you can count on to connect lines or adapt to a new routine.

TJ is also defined as being a “real skater”. While some of SABAH’s athletes prioritize socializing, TJ focuses solely on skating. As Sheila O’Brien, General Manager of SABAH, explains, “TJ’s hour on the ice is all about skating. Socialization can come before and after each session, but while he’s on the ice, he just wants to skate. And that’s what makes it a joy to watch TJ. It’s obvious just from the look on his face that he’s in his glory when he’s on the ice.

Although TJ is a quiet and reserved young man, the 32-year-old has been one of SABAH’s most dedicated athletes for over 11 years. As he continues to demonstrate the tremendous results of his hard work and perseverance, we are pleased to name TJ Smith as the 2022 April Athlete of the Month!