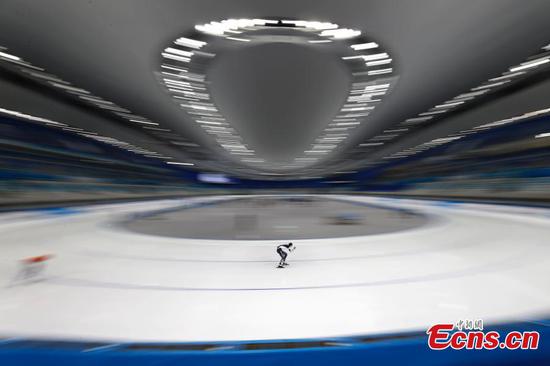 (ECNS) – A series of test events for the Beijing Winter Olympics has started with the three-day â€œExperience Beijingâ€ speed skating China Open. The competition ended last Sunday at the National Speed â€‹â€‹Skating Oval (The Ice Ribbon) featuring athletes from China, the Republic of Korea and the Netherlands.

For the prevention and control of the pandemic, the Beijing Winter Olympics Organizing Committee has made meticulous arrangements for each site. The national speed skating oval is divided into “inside closed loop” and “outside loop” areas – personnel related to foreign athletes in the closed loop beach where people live, eat and move together without any contact with the outside world.

The Netherlands have always dominated speed skating. Sophie Kleiveld won the gold medal in the first 3000 meters women while another Dutch athlete Isabel Grevet, the big winner of this test competition, won the 500 meters, 1000 meters, 1500 meters women, alongside the women’s championships of collective departure.

Then the 2021 Asian Open Figure Skating Trophy, the 2021/22 ISU Short Track World Cup and other events will also be launched.