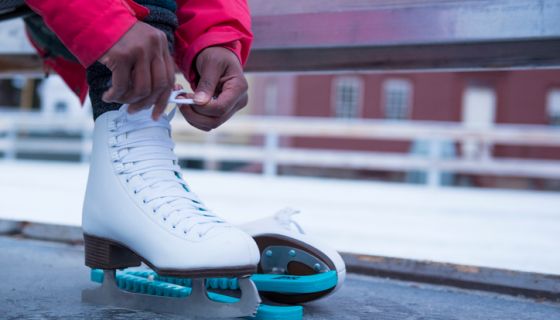 FFigure skating is the oldest winter Olympic sport and one of the most watched competitions during the global quadrennial event, however, despite its popularity, representation has always been lacking on the ice. Two Detroit entrepreneurs are on a mission to change the narrative around diversity in the sport by creating a new skating club, the Detroit Free Press reported.

Dubbed the Dream Detroit Skating Academy, the program, which launched in January, is Detroit’s first black women-owned skating club. Founded by Candice Tamakloe and Angela Blocker Loyd with the support of the coach Crystal Stewart, the academy was cultivated to break down the barriers that deter young people from participating in the sport by providing affordable figure skating lessons to children who live in low-income households. The Dream Detroit Skating Academy offers programs and training for skaters of all skill levels and uses skating as a way to help young people learn life skills that can be applied off the ice.

The founders of DDSA say their own experiences as figure skaters inspired them to create the academy. The lack of representation they have witnessed throughout their journeys illustrated the need for a space where underrepresented youth can learn more about the ways of ice skating.

“Growing up, DDSA Skating Directors Angela Blocker-Loyd and Candice Tamakloe were two of the few competitive African-American female skaters in the Detroit metro area,” read a statement on the academy’s website. “As they continued to hone their craft over the years, they noticed that there was a lack of representation and opportunity for Detroit youth in the world of figure skating. Hoping to be the change they wanted to see, Candice and Angela started the Dream Detroit Skating Academy.Candice and Angela strongly believe that figure skating is not easily accessible to young people in Detroit, but there is no reason why the community does not have access to the same opportunities afforded to suburban communities around the world. By introducing this non-traditional sport, Dream Detroit hopes to instill in its students a sense of self-worth, community, curiosity, and most importantly, the confidence to explore opportunities beyond the reach of their familiar surroundings.

Tamakloe says she hopes DDSA will nurture skaters who will go on to compete nationally and internationally. The program takes place at the Jack Adams Memorial Ice Arena nestled in the heart of Detroit.

Initiatives like the Dream Detroit Skating Academy are crucial to advancing diversity, which is a pressing issue in the sport. There were no black skaters on the US Olympic team this year.