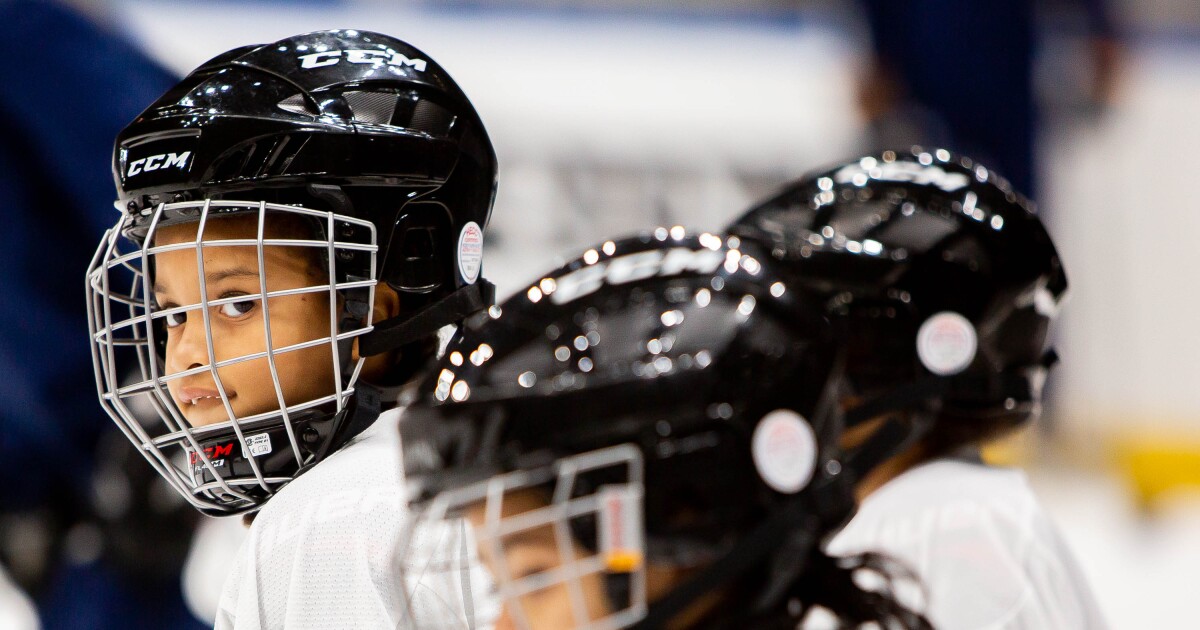 The St. Louis Blues hope to achieve key goals with a new youth initiative: increasing diversity and access to the sport.

About 20 children from across the city are part of the first class of the team’s North City Blues program. The partnership between the Blues, KIPP Schools and Friendly Temple gives children ages 4-10 the chance to learn the game, including how to skate, for 12 weeks.

“Selflessness, dedication, hard work, perseverance – those are the qualities I want in all my kids. And I think hockey is a great way to teach kids those life lessons and hopefully- le, to have a little fun along the way.”

Mayers is the lead instructor for the North City Blues. He passes on the knowledge acquired during a career with five National Hockey League teams, including a stint with the Blues. He says the initiative can help children start learning about themselves.

“Try. Succeed. Have fun. Meet new people and experience something unique. Going to the Enterprise Center is pretty cool,” he said.

Brittanie Shanks said the program had a strong and positive impact on her two sons aged 4 and 9.

“The older one, you can definitely tell, his confidence on the ice has increased. He immediately kicks in,” she said, adding that her youngest was just having fun. “He’s always playing and exploring.”

Belinda Dantley, a relative from South St. Louis, sees the North City Blues as an opportunity that didn’t exist when she was growing up.

“And even looking at the sport now, you see it’s not full of black and brown players. So to take that pipeline down to 4 years, I think is amazing.”

Her son Christan is a fan of the program – for two simple reasons.

Many of the boys and girls in the program had never skated before signing up for the North City Blues.

Young Braelyn Curtis is already confident in his skating abilities.

“I bought in right away,” he said, adding that he could skate “super fast!”

The Blues do not expect this move to be a one-off deal.

The next class is expected to hit the ice in the coming weeks, giving more St. Louis kids an opportunity many of their parents never even considered decades ago.