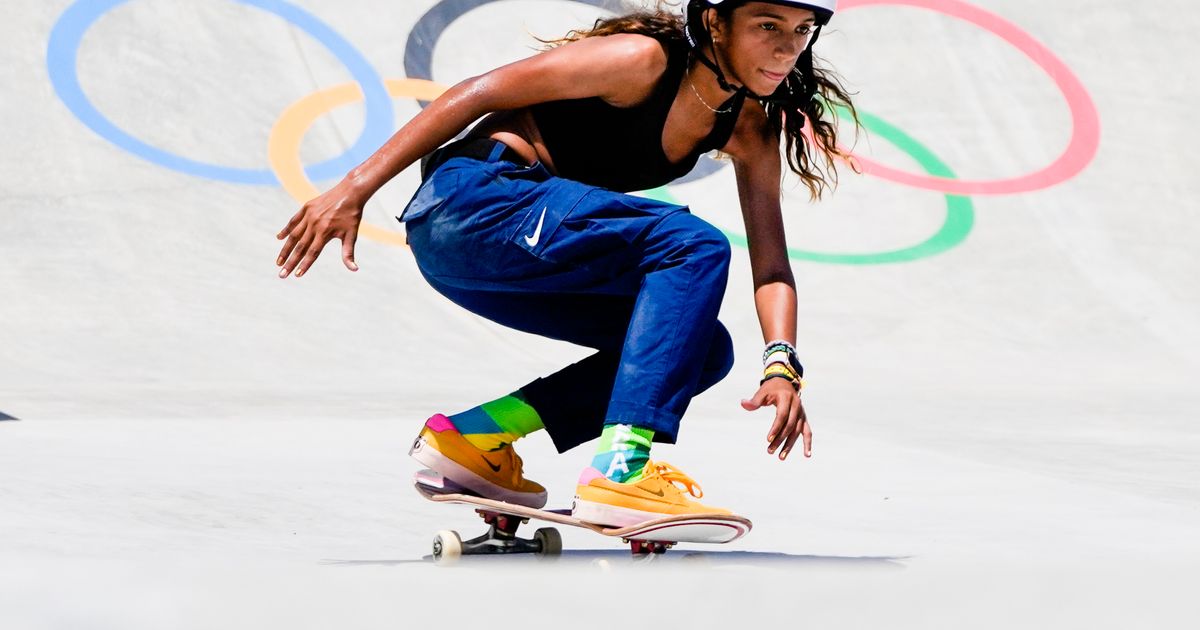 Like most 13-year-olds, Rayssa Leal woke up and began to prepare for school. It was an important day because the English and Literature tests were expected.

But unlike most 13-year-olds, Leal also had to get in touch with his staff and do a Zoom interview before his classes. She was also already anticipating her next “work trip” in a few days.

Life has been anything but normal for the Brazilian teenager who became an overnight sensation after winning a silver medal in the first skateboard competition of the Tokyo Olympics a few months ago.

With his broad smile and supernatural charisma, Leal quickly captured the hearts of Brazilians, and instantly almost everything changed from what used to be an ordinary lifestyle.

“My life changed suddenly,” Leal told The Associated Press from his home in the state of MaranhÃ£o, in the northeastern region of the country. â€œGoing to the mall or the supermarket is not like it used to be, there is always someone who recognizes me, who wants an autograph or a photo. It’s really cool.”

The sport of skateboarding has also changed significantly in Brazil, largely thanks to Leal’s achievement in Tokyo.

Interest in the sport has grown across the country, with skateboard sales increasing everywhere. Demand for classes has skyrocketed and new schools have sprung up in many neighborhoods. Particularly noticeable was the increased interest of young girls.

Leal said that â€œthe world opened up for usâ€ after the Tokyo Games.

â€œWe were able to change the way people looked at skateboarding,â€ she said. â€œIt’s very rewarding. Its very important. A lot has changed and that makes us very happy.

Leal said she didn’t think interest in the sport would start to wane over time. She has her own plans to start a skateboard school to help more girls get involved.

Leal won the Visa Award from the International Olympic Committee for Fair Play in Tokyo and donated the $ 50,000 prize to a local non-profit organization called Social Skate.

She still has a few days of normality to enjoy in the MaranhÃ£o before traveling again for â€œworkâ€, first to SÃ£o Paulo to receive an award, then to Miami to resume competing.

By then, there will be more chores to do and exams to pass. And a little more free time to take Slink for a walk – or for a ride, because â€œhe also enjoys skateboarding,â€ said Leal, who dreams of becoming a vet and opening a clinic to help the animals.

â€œI want to be a vet but I still want to be a skateboarder,â€ she said. â€œI don’t really know how I’m going to do all of this, but I’ll try. “

Whatever happens in his future, Leal will probably be there smiling. For now, she’s just enjoying the ride.

â€œEverything that has happened to me has been super cool,â€ she said.