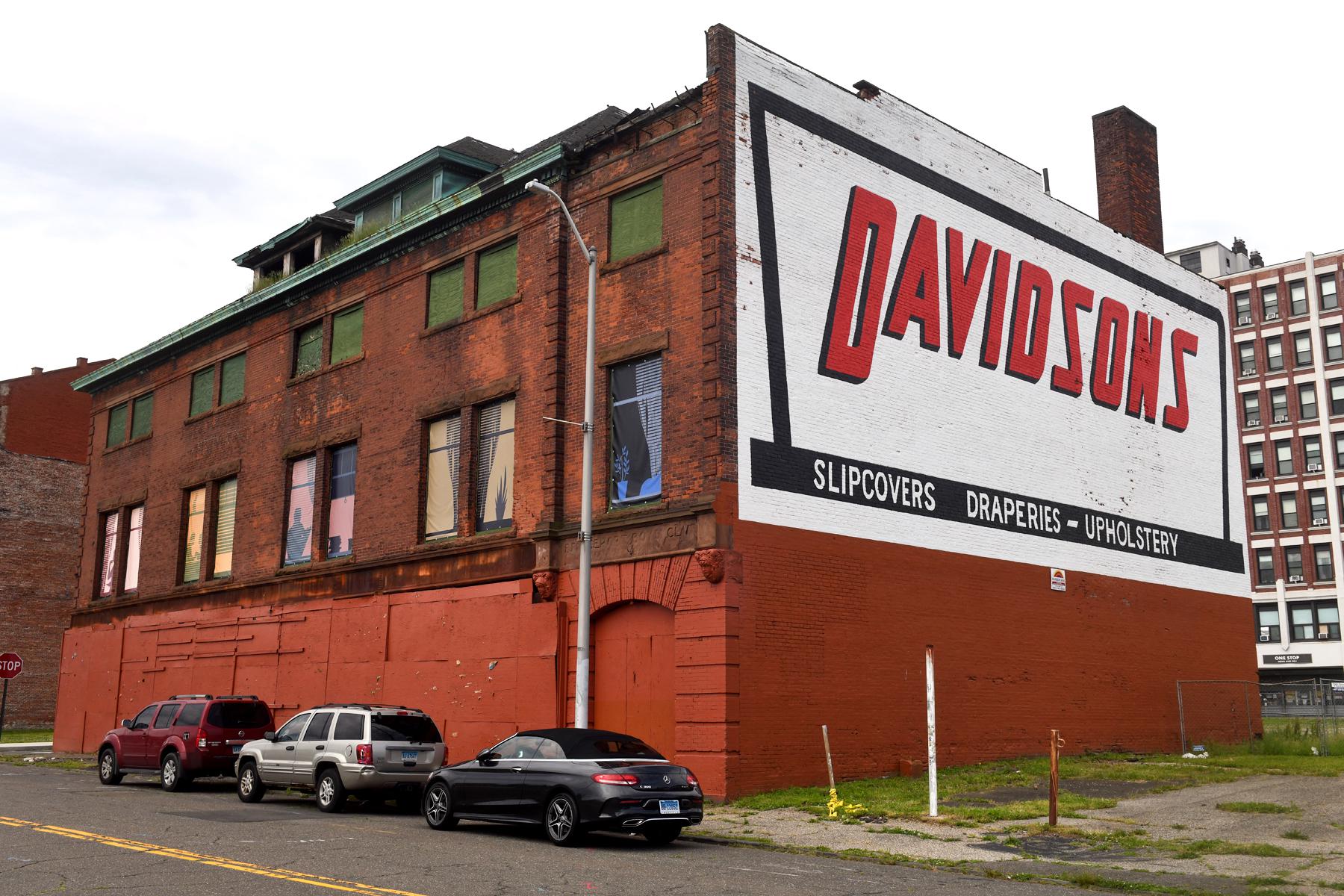 BRIDGEPORT — The city hopes to redevelop another pair of significant downtown historic structures — Davidson’s Fabrics on Middle Street and McLevy Hall on Broad Street — next to the namesake green and opposite the Government Center.

The city recently accepted bids for the former – with only one received by the June 9 deadline – while proposals for McLevy Hall must be submitted to the purchasing department by June 30.

“It was always a good time to try to preserve these historic buildings. They don’t do well if they’re not renovated,” said William Coleman, deputy director of economic development, in an interview this week.

Lauren Coakley Vincent, who leads the Downtown Special Services District, which promotes the neighborhood, said both structures are important to the area.

“McLevy Hall is in the center of the neighborhood which is in the center of the city, so finding a productive use for this space is very important,” she said. “Davidson (is) at the northern end of a series of developments (and) ‘connects the dots’ of a sort of downtown core with some of the northernmost parts. We see it as one of the pieces of the puzzle revitalizing the whole neighborhood and activating every corner of downtown.

Coleman clarified that in the case of the Davidson building or the former Middle Street Boys Club building – which is in worse condition than McLevy Hall – the city has been emboldened by the success in recent years of salvaging structures. also historic Jayson and Newfield and their redevelopment as a residential and commercial complex at Main and Golden Hill streets.

“(It was) a significant and quite logistically challenging historic renovation,” Coleman said.

The Davidson site is distinctive because the name is painted on one side of the brick structure and because it is adjacent to otherwise barren municipal land.

The property is, according to the city’s new zoning code that took effect in January, “intended for the highest intensity of activity in the downtown core” with “ground floor storefronts and office on the upper floor, residential and commercial uses”.

Coleman said only one unidentified bidder came forward and details are being reviewed. If selected, this vision will be forwarded to City Council for approval. He added that the proposal seemed “credible”.

“I wanted to have more than one,” Coleman admitted. “I think what made it difficult was that the building is hard to show. It’s not in great condition inside. We were concerned about security and being able to get people through. We even had the idea of ​​bringing a drone inside and the drone operators told us they couldn’t do it.

An important outstanding question is the fate of the surrounding lands. Nearly four years ago, Mayor Joe Ganim announced that his administration had selected a developer to build a “$12 million hockey and ice skating training center there.”

This effort, however, was met with opposition from some council members and managers of Wonderland of Ice, the municipal and private ice rink, who questioned whether the downtown facility would hurt their business.

In an April interview, Thomas Gill, Bridgeport’s chief economic development officer, said the new hockey/training site was still a possibility and blamed the failure to move it forward partly on the global coronavirus pandemic. which reached Connecticut in early 2020.

Coleman said this week that the developers “have continued to express interest in moving forward,” but there are uncertainties about the current state of the region’s ice skating industry that likely require analysis. Steps.

Coleman also noted that if the proposal for the Davidson site goes ahead and the rink does not, the city may decide to “cut out” parts of the property immediately adjacent if it proves beneficial to that promoter, for example for outdoor dining.

As for McLevy Hall, the city has more than just the building to offer interested developers — a $1 million state preservation grant to Bridgeport to fix the leaky roof. But Coleman said the city delayed that work.

“We think it’s best to put this resource in the hands of a developer,” Coleman said, adding that otherwise the building is “in pretty good shape.”

Zoned for residential, office and commercial, the structure is located on McLevy Green, in the heart of downtown. According to the Purchasing Department’s advertisement, “Abraham Lincoln … spoke in the hall in March 1860 as he stormed New England en route to the presidency.”

While the occasional event is held there, Coleman said, “We’re not getting the value out of it that we can.”

The hotel idea in particular could prove viable given that the downtown Holiday Inn was sold earlier this year and is being converted to apartments, leaving Connecticut’s largest city for the instant with no major location for visitors.