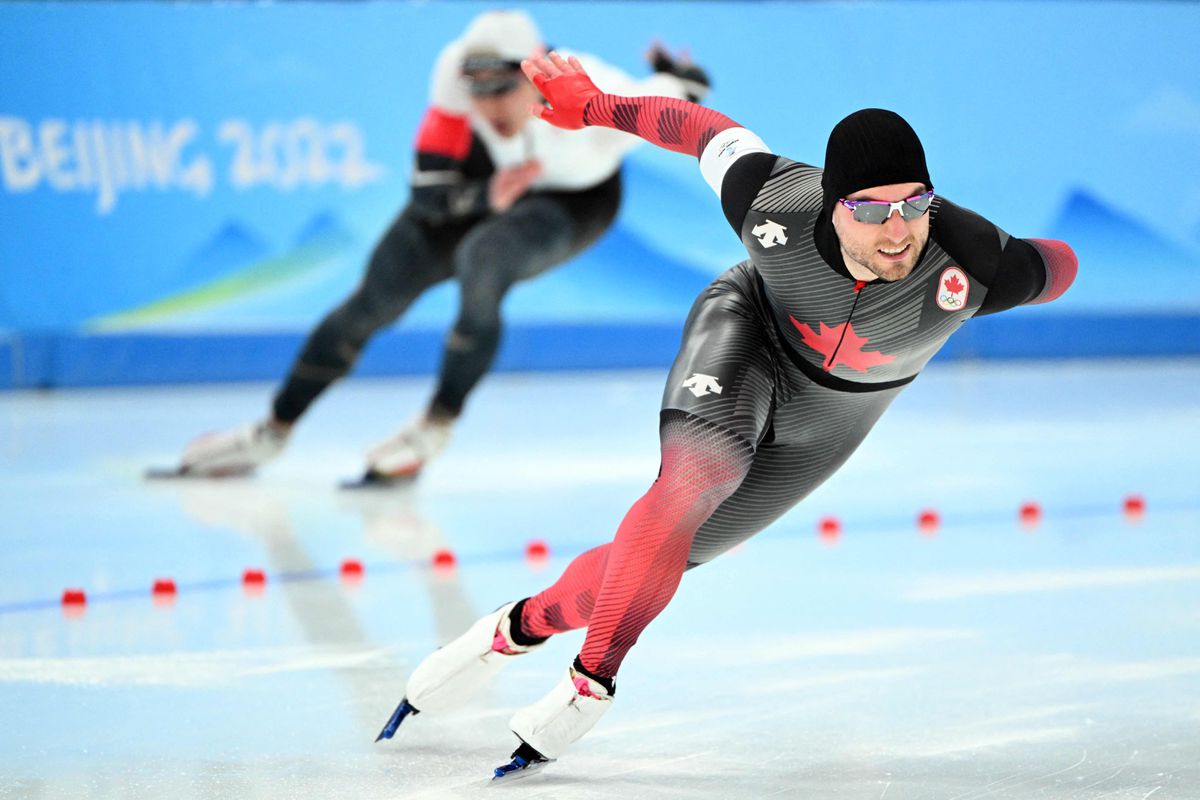 The 29-year-old sprinter from Lévis, Que., is in the midst of a fantastic season, leading the World Cup circuit in the 500 metres. But he will not be able to add an Olympic medal in this event at these Games. Instead, the day belonged to China’s Gao Tingyu.

Skating in front of a small, physically distant – but very enthusiastic – crowd inside the ribbon of ice in Beijing, the Chinese skater won gold in an Olympic record time of 34.32 seconds. It was a time when Dubreil said he could have matched or beaten. But it was not his day.

Athletes raced 500 meters around a 400-meter oval track, running in pairs at speeds of up to 50 km/h, clanking their blades and swinging their arms.

It is a ruthless event in the Olympic Games. Each participant is only entitled to one race for all marbles. Every skater has to live with that one time they sign up.

Despite the COVID restrictions in place, it looked like a full stadium when the Chinese skater set a new Olympic mark and that weather set the tone for the rest of the competition, with half the competitors still racing.

The Canadian skated in the last of 15 pairs against the Japanese Tatsuya Shinhama.

Dubreuil seemed the favorite for gold. He is the reigning world champion in the men’s 500 meters and leads the World Cup standings in that distance. Dubreuil had been on the podium in his eight international races so far this season, winning two of them. He had also set the fastest time in the world this season.

A false start on Saturday gave their duo a rocky start. Then he finished his race in 34.522 seconds. Not far from the leader, but not far enough for a medal.

“It was a good race. It just wasn’t good enough,” Dubreuil said. “Fourth in the world, nothing to be ashamed of.”

No Canadian has won an Olympic medal in the 500m since the Nagano Olympics in 1998, when Jeremy Wotherspoon and Kevin Overland won silver and bronze respectively.

Dubreuil said his attention had already turned to the 1,000m race in Beijing and he had already said he wanted to stage another Olympics four years from now. He comes from an Olympic line, as the son of two short track skaters who competed in the 1988 and 1992 Winter Olympics, Robert Dubreuil and Ariane Loignon.

It was a boost from his 18th place at the PyeongChang Olympics in 2018. Much has changed for Dubreuil since then – a leap in success and becoming a father in 2019 to daughter Rose. There were also tough times, like months away from training, where he stayed in shape by sliding on a board in his garage.

After the race, he said the disappointment faded as he spoke. He mustered smiles. He was contemplating his next run at the Games. This may be where his medal will materialize.

“I think I have a chance to get on the podium,” he said. “Not as good as the luck I had today, but it’s not impossible to be there in six days.

There were also two other Canadians in this event. Gilmore Junio ​​finished tied for 21st, while Antoine Gelinas-Beaulieu finished 29th out of 30 skaters.

Canada’s top-ranked team pursuit trio of Isabelle Weidemann, Ivanie Blondin and Valérie Maltais finished second in their quarterfinal on Saturday, advancing to the semis in 2:53.97.

Our Olympic team has a daily newsletter that arrives in your inbox every morning during the Games. register today join us to follow medals, events and other news.