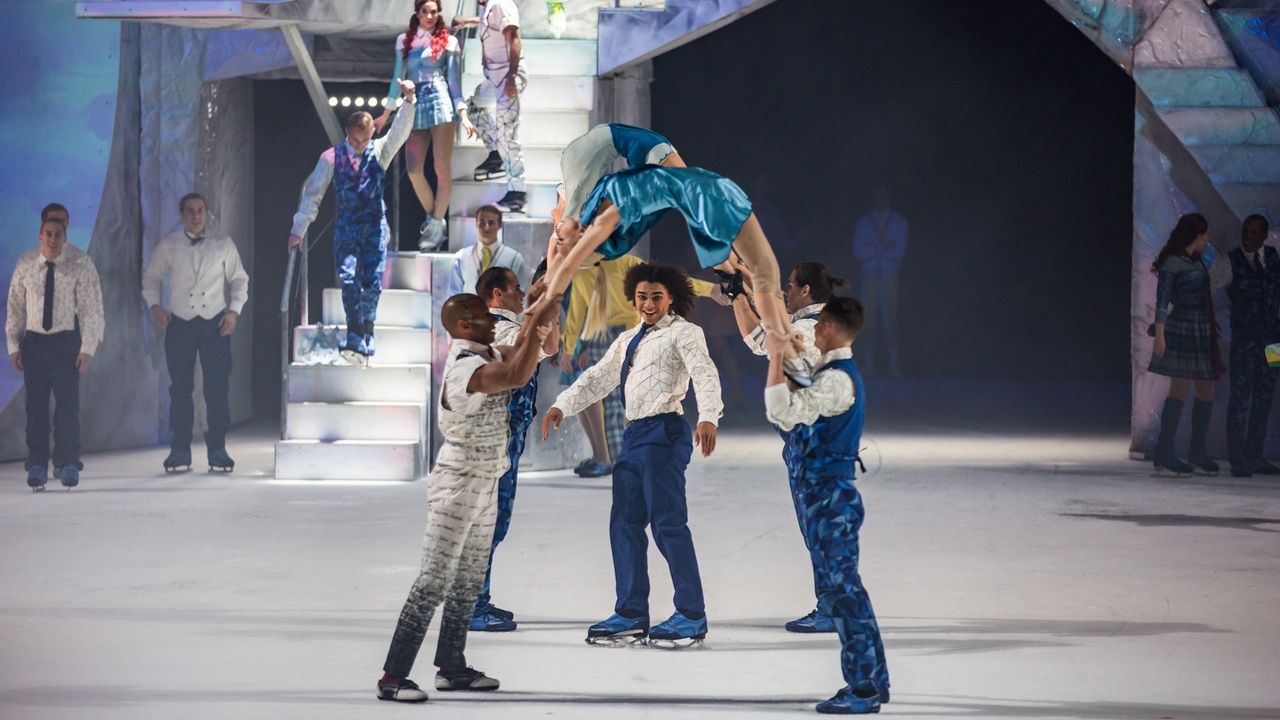 There’s a scene during Cirque du Soleil’s new ‘Crystal’ ice show where artistic director Rob Tannion is still holding his breath – an acrobat is in the middle of the rink stacking chair on chair and climbing from his perch on a table to ‘at the top of the seats in a daring balancing act.

It’s not until the performer is back down that Tannion expires. “It’s one of the parts of the show where I’m always relieved when it’s over. We are live theater and things can go wrong. Ultimately, it’s a human being balanced on a table,” he says.

The stage is just one of two hours of the show at UBS Arena in Elmont July 21-24. The show tells the story of Crystal, a teenager who feels she doesn’t fit in, runs away from home and, while skating on a frozen pond, falls through a crack in the ice and plunges into another. world. There she encounters her own reflection which helps her to explore herself and her possibilities. “We feel like we’re growing a bit with her on this journey,” Tannion says.

“Crystal” is the 42nd creation of Cirque du Soleil but the first performed on ice. The creators wanted to combine the acrobatic arts of the circus for which Cirque is famous — swinging trapeze, pendulum poles, juggling — with a show on ice. Some of the acrobats wear special shoes with cleats so they don’t slip on the ice, Tannion says.

The tour had been happening for two years before the pandemic froze it in 2020. “It took a nap,” Tannion says. The show regrouped and began touring again in May. This is his first stopover on Long Island. “We are so happy to hear the audience laughing and clapping again,” he said.

The chair scene depicts Crystal reflecting on a working life in an office. Other scenes take place in a playground, in a ballroom, and in front of a wall of crystal ice. Locations are created using ice projections and backgrounds as well as using voice-overs and text.

Canadian Robin Johnstone, 48, is a skater who plays Crystal — she alternates the role with another skater. Johnstone says “Crystal” is like an ice show on steroids because of all the stunts. She also enjoys the acting she is supposed to do to go along with the script.

“It’s really like a modern-day ‘Alice in Wonderland,’ where she falls through that crack and goes on an adventure,” says Johnstone.

In the first half of the show, Johnstone’s favorite part is skating with what the show calls the hockey guys. They wear hockey jerseys and skates and do extreme skating – jumping off ramps and halfpipes. “It’s another heart-in-mouth moment,” Tannion says.

LONG ISLANDER TO THE RESCUE

If anything goes wrong, Long Islander Brandon Whitworth is on the job – he graduated from Shoreham-Wading River High School in 2002, then attended Stony Brook University and Touro College to become a physical therapist. Whitworth, 38, travels with the show treating the performers.

With 43 skaters and acrobats from 18 nationalities, there are new injuries every day, says Whitworth. These can include overuse injuries, tendonitis, muscle or lower back pain, and even concussions. With varying acts, including aerialists and jugglers and even musicians providing live music, each discipline presents its own set of risk factors, making the job intellectually challenging, says Whitworth. “He’s an essential part of the team,” Tannion says of Whitworth’s contribution behind the scenes.

Whitworth is thrilled the show is coming to Belmont Park, he says, because two of his brothers and three young nieces and nephews still live on Long Island, and they will be coming to a performance. “My nieces are in love with ‘Frozen’, and I think they’re really going to love ‘Crystal’,” he says.

Beth Whitehouse writes about families, parenting, and good things to do with kids on Long Island. She served as editor of Newsday and shared a Pulitzer Prize from Newsday staff in 1997 for coverage of the crash of TWA Flight 800.