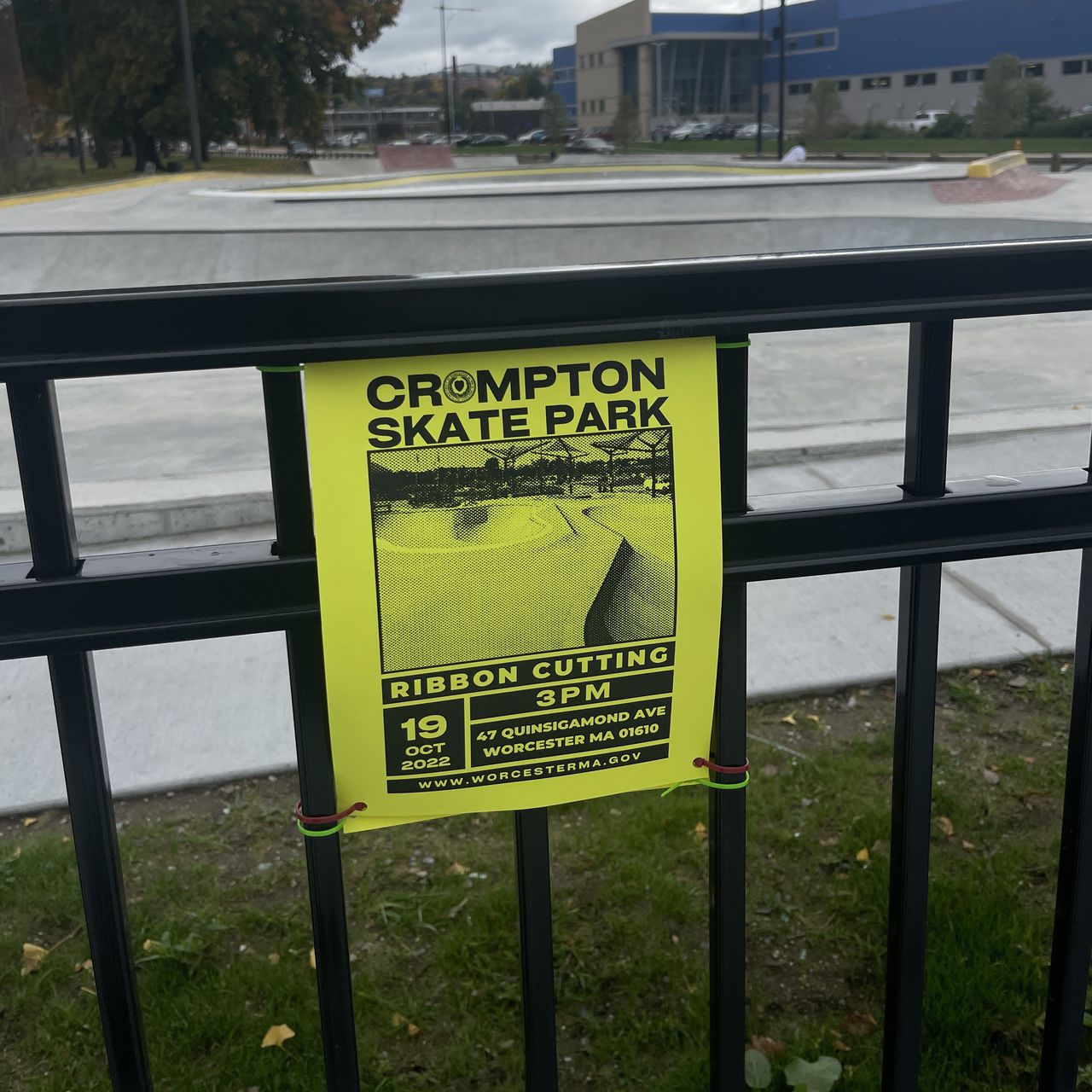 More than three years after Worcide Skatepark was demolished, Worcester City leaders will celebrate the opening of Crompton Skate Park on Wednesday.

The new 14,000-square-foot park on Quinsigamond Avenue includes a bowl, street course, snake track and other accessible skating features, according to the city.

The park also includes stormwater management features and flood storage areas that allowed the city to build the skate park there.

The city used $2 million of its capital budget to build the park, Spectrum News reported.

City employees put the finishing touches on the park earlier this month and it’s already open to the public, according to a city spokesperson.

The public is invited to attend a ribbon-cutting ceremony scheduled for 3 p.m. on October 19.

The city announced in January 2019 that it had chosen Crompton Park as the location for a new skate park after demolishing Worcide, located under a bridge on Washington Street, a park well known for its unique location and design.

At the time, the city said the hand-built park posed a health risk due to widespread drug use in the area and a nearby homeless encampment. The park, which Worcide organizers began building in 2007 with their own money and pouring their own concrete, was demolished in July 2018.

Organizers accused the city of removing it due to its location near where construction of Polar Park was to begin. The city has denied those accusations.

The city received backlash for the way the park was demolished since the public was not informed before city employees demolished it.