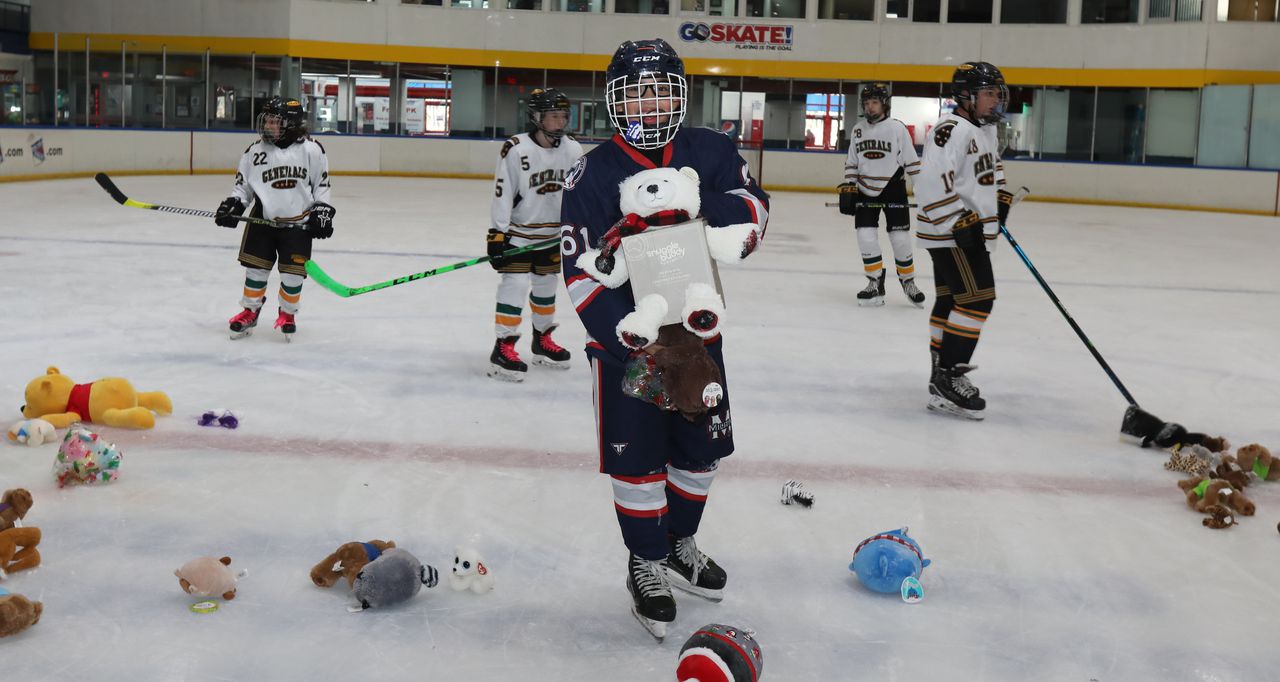 STATEN ISLAND, NY – There were teddy bears on the ice at the Staten Island Skating Pavilion on Sunday.

Metro Militia 12-U (12 and under) hosted their â€œTeddy Bear Tossâ€ youth hockey charity event during the team’s home game against the Red Bank Generals.

According to Metro Militia representative Anthony Giorgio III, the draw, which took place between the first and second half, drew more than 150 spectators, participants and team members.

Spectators were asked to bring a new soft toy to throw on the ice before the game.

â€œAfter the end of the first period everyone present threw the teddy bears on the ice. The teams, the coaches, were the ones who brought them all together and put them in bags, â€said Giorgio.

All stuffed animals were donated to the Staten Island Community Health Action (CHASI), which provides access to a wide range of high quality behavioral health and social support services.

â€œThis is a charity event for the Staten Island community health action and it was sponsored by the Northwell Staten Island Teaching Hospital,â€ said Giorgio. â€œSo they donated around 350 teddy bears and our parents and spectators brought theirs. “

This means that hundreds of teddy bears have been collected.

Teddy bear throws have been a big hit across the country in pro and college games and generally attract a lot of participants.

â€œIt was a comeback to the community and the idea behind it actually, you see, it’s very common in hockey, mainly at the professional level. And the boys always watch professional hockey, the NHL, so we want them to bring a little, a little of that into our building just for everyone to enjoy, â€said Giorgio.

And for even more good news, the Metro Militia won Sunday’s game 5-3.