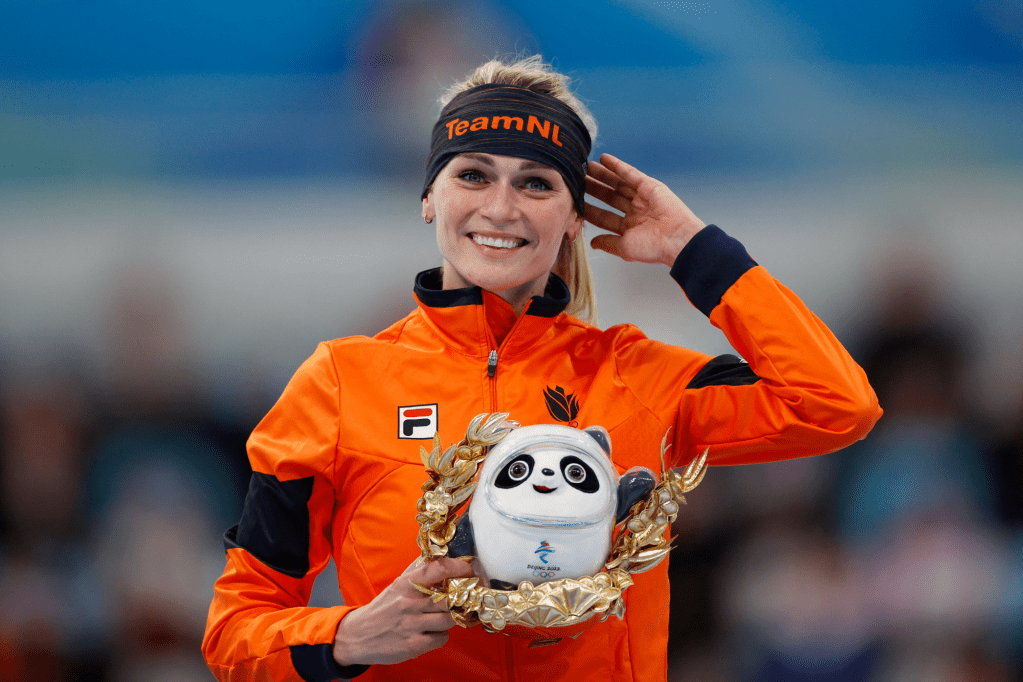 BEIJING — Dutch speed skater Irene Schouten won gold in the women’s 3,000 meters in an Olympic record at the Beijing Winter Games on Saturday.

Italy’s Francesca Lollobrigida, who was leading in the early stages of the final race, could not maintain her advantage and finished with silver, while Canada’s Isabelle Weidemann took bronze.

Schouten’s time of three minutes 56.93 seconds broke the Olympic record of 3:57.70 set by Germany’s Claudia Pechstein at the Salt Lake City Games in 2002.

Pechstein became the oldest woman to compete in the Winter Olympics, aged 49, when she finished last in the field of 20 athletes at her eighth Olympics.

Lollobrigida, 30, a great-niece of 1950s and 1960s movie star Gina Lollobrigida, kept a steady lead over Schouten early on as the pair glided around the National Speed ​​Skating Oval.

Schouten, 29, never let the Italian stray too far and passed her midway through the race before crossing the line first to claim gold and the record.

The Winter Olympics were my dream. But I’m happy to watch them from my sofa.

What to Know – NBC Chicago