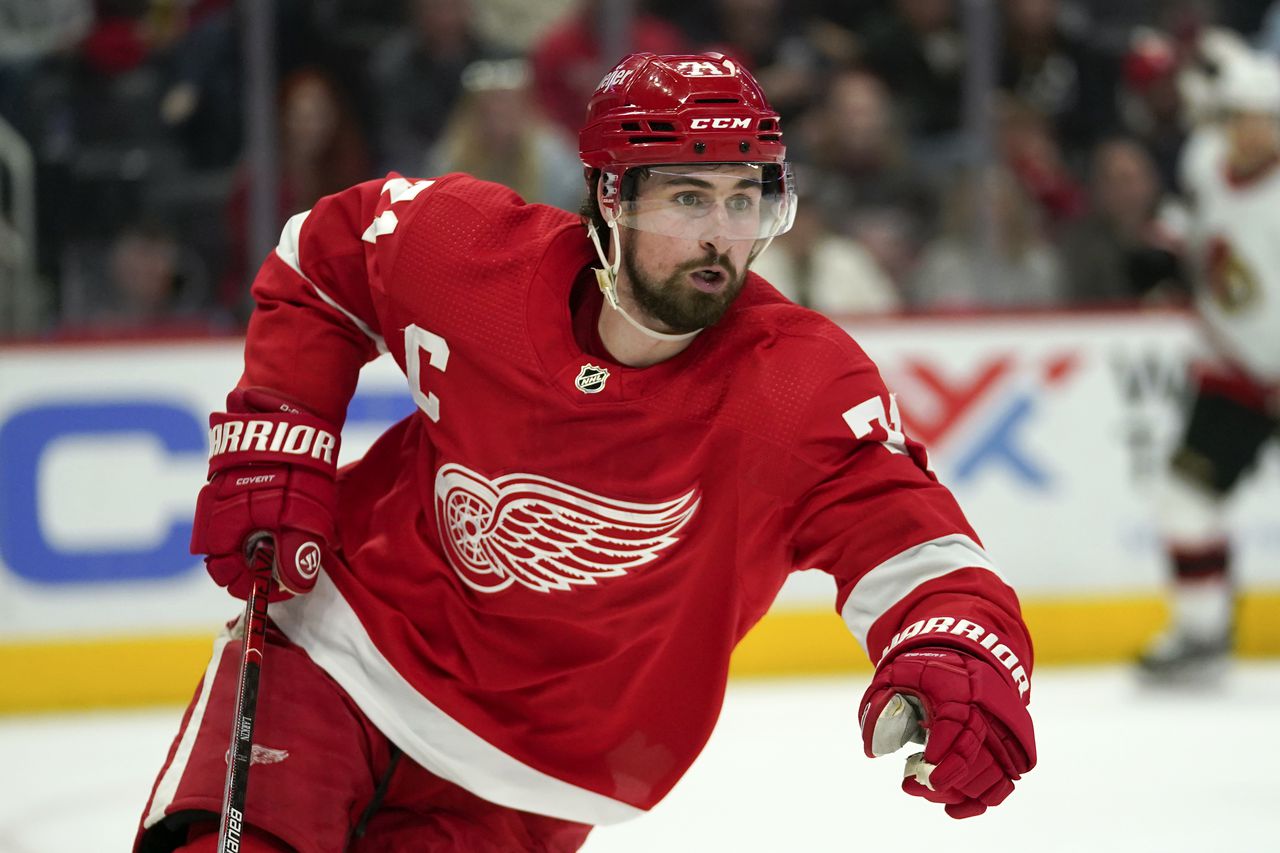 It’s been a tumultuous season for Detroit Red Wings captain Dylan Larkin in many ways, but also a rewarding one.

It was a mix of good and bad. It was hectic.

“We are in a better position today than a few years ago,” he said. “It gets frustrating when you don’t see that. And now to finally see the Lucas Raymonds and Mo Seiders have an impact, it gives me hope for the future because they are very good players, good people, guys with character. It makes me excited and more optimistic about the future.

That future won’t include Jeff Blashill, the only coach Larkin has known in his seven NHL seasons. Larkin called Blashill’s dismissal a “difficult feeling” and “a bit of a red flag” for the players.

“I really believe and agree with what Steve (General Manager Yzerman) said about Jeff and how he really kept this thing together,” Larkin said. “As everyone knows, he’s a great person. Coming to the rink, we knew what we were going to get. He was consistent with that. I thank him for his seventh birthday.

He had no idea who the next coach would be except to say, “As a player, you show up to training camp ready to work, ready to have a great season and try to learn from the new coach, no matter what. ‘he be.’

It was the most satisfying year for Larkin personally. He returned from a major neck injury late in the season following a block from Dallas’ Jamie Benn to produce 31 goals and 69 points in 71 games. It was what he and the team needed after a disappointing 2020-21 season (nine goals, 23 points in 44 games).

“It was good to get back to how I know I can play,” Larkin said. “I wanted to drive the game and use my skating ability and kind of relax and just play. I felt there was a lot of adversity, stuff in my control and stuff out of my control. Lots of distractions. I was proud of myself, how I tried to stay consistent and show up to the rink and be there for the guys.

Larkin was suspended for the second game of the season after hitting Tampa Bay’s Mathieu Joseph, missed three games in November due to what he described as a family emergency and has been inactive the last six games after surgery. central muscle, an injury that forced him to sit out many late-season practices.

He is planning a good summer of training and being ready for the start of camp.

“The first week was really tough,” Larkin said. “I am now moving and standing. I did a treatment at the rink. I think I’ll be on the ice when they give me the green light.

Larkin was part of a team that missed the playoffs six straight years in a rebuild that needs more time. Being patient is hard, but he trusts the process.

“It’s tough to be in that position again, but I love being a Detroit Red Wing and I love the passion our fans have brought to the rink this year,” Larkin said. “I like the fact that we have a great group of young players and a great dressing room that made the tough times a lot easier by showing up at the rink, fighting with good people.

“There is frustration, but I understand what Steve is trying to do and what the end goal is and that is to try to win the Stanley Cup for our fans and the city of Detroit. I believe in it and I’m excited for the future.

Larkin is entering the final year of the five-year, $31.5 million contract he signed in 2018. He is hopeful a new deal can be agreed before the season.

“I’ve never been in this position with Steve; I’m excited to see what he has to say,” Larkin said. “I would really like something to be done.”

When asked if he could imagine himself on another team, Larkin replied, “Not really. I think as I got older and gained more experience, I saw firsthand with some of my old teammates and friends that I learned the business side of the game. I love being a Red Wing and I love being the team captain. I think this team is going to do some special things in the near future, so I can’t really imagine myself being anywhere else, but I do understand that there is a commercial side to hockey.

Yzerman: Red Wings must stay the course in reconstruction