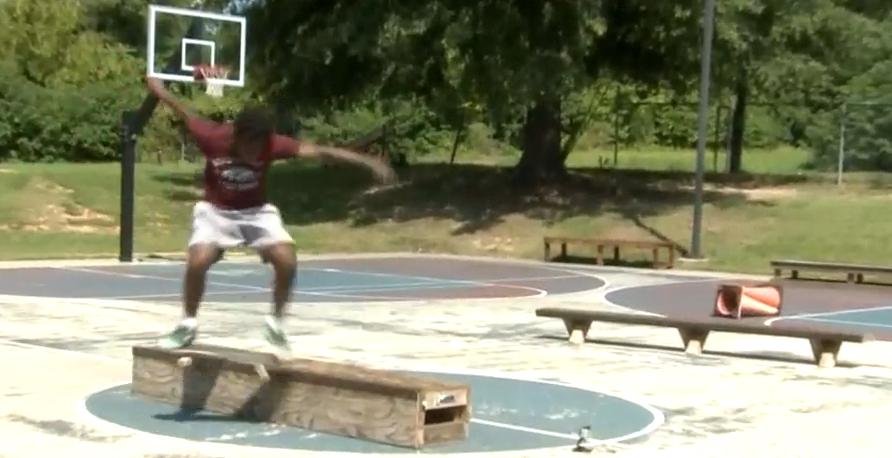 Raleigh, North Carolina — Some high school students from Enloe created a new way to bring people together in an underserved part of Raleigh. They created a skate club.

The burgeoning sport of skateboarding is all about balance, foot work and friendly competition.

For 16-year-old Adrian Mangano and his skateboarding friends, sports are a way to reach this underserved community on the outskirts of downtown Raleigh.

“Because there isn’t really a skate park here and we’re trying to get one,” explained 14-year-old Enloe student Max Culbreth.

Club members built ramps and other obstacles. They believe if you build it, the skaters will come. “It’s where we often congregate, probably just here to hang out,” Mangano said.

Culbreth is a member of the skate club, but that day an ankle injury sidelines him. It’s a common injury among skaters. He knows that the mission is bigger than the sport. Culbreath said: “I think the purpose of the club is to love volunteering here, cleaning up, building ramps.”

He added: “We could do volunteer work here, kind of clean up and that kind of stuff, to kind of help the community here.”

The key is to build trust through friendships, Mangano said.

“It’s really going to bring the community together and it’s going to help us build a stronger, more engaged community,” Mangano said.

The skate club members also plan to fundraise so they can buy things like skateboards and helmets for those who can’t afford the equipment.