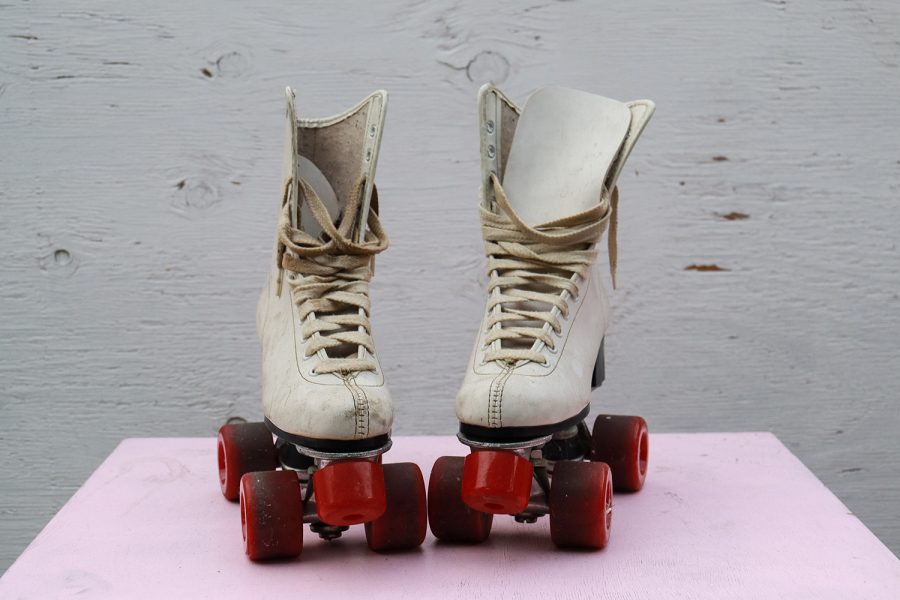 Deena Jenkins’ pair of roller skates that she used as a child when she skated at her local rink almost every weekend. She continued the tradition with her children until the closure of Skate Depot, their local skating rink in Cerritos, California.

In 2020, the Skateland roller rink in Northridge officially closed, eventually being converted into a homeless shelter. While this meant opportunity for one community, it also meant loss for another.

Much like Skateland, many other roller rinks across the United States have closed. Golden Skate in San Francisco, California, one of the Bay Area’s most popular roller rinks, closed in the spring of 2022.

One can even keep track of old roller rinks around the world with the Dead Rinks website. Created by Mark Falso in 2018, the website archives roller rinks that no longer exist. From what the roller skating enthusiast has observed, mandatory business closures during the COVID-19 pandemic have been the most common reason for many rinks to close today, according to Falso.

With a decline in roller rinks across the country, the activity’s popularity has fluctuated. The number of roller skaters in the United States rose from 19.8 million in 2006 to 11.5 million in 2017, according to Statista. It was particularly exacerbated by the Great Recession of 2008.

Nicole Fiore, coach and award-winning roller skater, took note of the downfall of the roller rinks.

“All my life…roller rinks have always been dying all my life,” Fiore said, thinking back to the number of rinks she grew up around this closure.

Some experts in the roller skating community, such as Fiore, believed that the decline resulted from economic difficulties in funding these rinks. According to Fiore, one of the ways roller rinks made money was through competitive skating.

“What drove the rinks wasn’t just recreational skating, it was the competitive, competitive clubs that paid to keep the rinks running,” Fiore said.

Prior to widespread roller rink closures, roller skating was a popular pastime activity in the United States. The activity has seen multiple booms in popularity over the decades.

The history of roller skating is mostly told through personal stories on blogs. Writing about her experience working with a group of older people, Michelle Trent recalled the time they remembered their roller-skating days. Curious to know more about the history of the activity, the blogger learned that roller skating was becoming increasingly popular as the Great Depression began to end in the late 1930s. beginning of the golden age of roller skating.

During the Roller Disco era of roller skating between the 1970s and 1980s, the sudden boom in popularity led to the creation of National Roller Skating Month by former President Ronald Reagan in 1983.

Roller skating even became a culturally important activity for black people throughout the civil rights movement of the 1960s.

Recreational activity finally intersected with the civil rights struggle when Ledger Smith traveled 10 days on skates from Chicago to the Lincoln Memorial to attend Martin Luther King Jr.’s “I Have a Dream” speech in 1963. In protest , the semi-professional roller skater carried a sign printed with the word “Freedom” the entire ride.

More than 50 years later, roller skating is being used as a means of protest to raise concerns about today’s racial injustices. In 2020, dozens of roller skaters united in a skating rally to support the Black Lives Matter movement.

Movies like “Roll Bounce”, “ATL”, “United Skates” and “Roller Dreams” have also portrayed the importance roller skating has had in black culture.

“It combines the things that are important in black culture like music and community,” Brown said.

Brown said she started skating during the pandemic as a fun way to get out of the house and get some exercise. According to Brown, it became popular because it was an activity people could do individually during the pandemic when social distancing was encouraged.

Although some believe the COVID-19 pandemic has been detrimental to the industry, a recovery in activity itself may have been spurred. Rising sales of roller skates, TikToks of roller skates, as well as a spike in Google searches for roller skates all indicate that there is growing interest in the activity from individuals.

From the hobby’s individualism to diversity, there are various reasons why the hobby may once again gain popularity.

“It doesn’t matter who you are, what you look like or where you’re from,” Fiore said. “Skating is one of the only sports that is so inclusive, you don’t need a lot of money to start it and you can skate anywhere.”