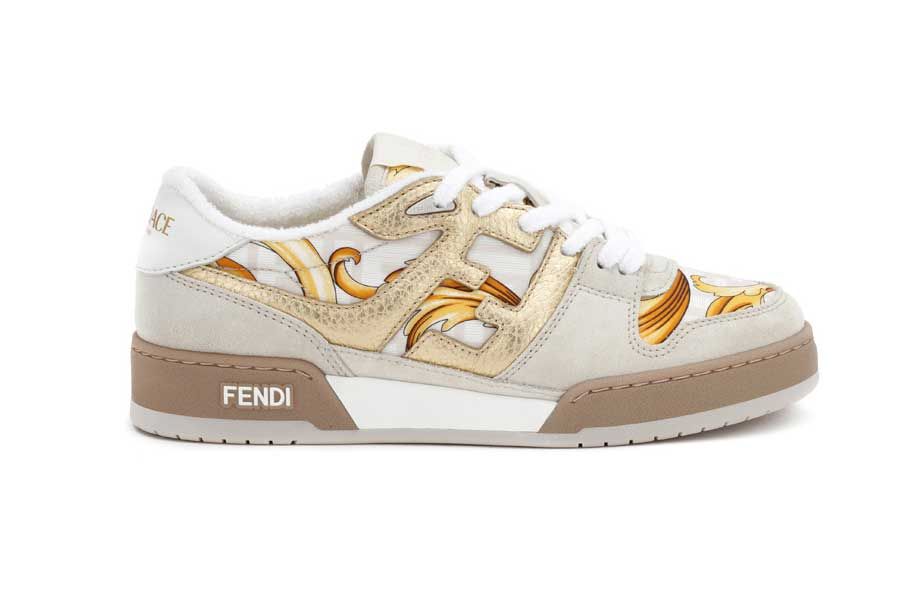 Two facts: Fendi x Versace is called “The Swap” and when luxury brands take on skate sneakers, the results are divisive at best, criticized at worst.

The Fendace skate shoes are part of the Fendi x Versace collection that Highsnobiety revealed on March 15 and they’re not even the loudest thing in the collection.

I mean, it’s part Versace stuff, after all, so no wonder things are getting flashy (check out the glittery gold “FENDACE” sandals!).

But it’s the chunky, skate-inspired sneakers that are getting the most anger on social media.

But, social media being what it is, people have come prepared with many comparisons.

“They really said ASICS Gel-Lyte 🤝 Nike Dunk,” one commenter offered. Plus: “One word: Etnies,” “These look like Globe skate shoes from the early 2000s,” and “What’s up with the DC shoe!”

On another of Highsnobiety’s Instagram posts about the shoes, people felt the same way.

Comments include “I swear these designers just bought some old CCS mags and used them as a starting point, ‘Is that a Powerphase? Or the Workut Plus”, and, simply, “DC Manteca”.

Yet we apparently live in a golden age for these things.

Everyone from Louis Vuitton to Dior to Lanvin has their own beefy lace-up sneaker, indebted to the skate shoes of yore.

Even A$AP Rocky’s Under Armor shoe was basically an Osiris riff.

But, again, they must sell pretty well if all these different brands are tackling them. Let’s see if the Fendace Match shoes stick around when they drop later this season.