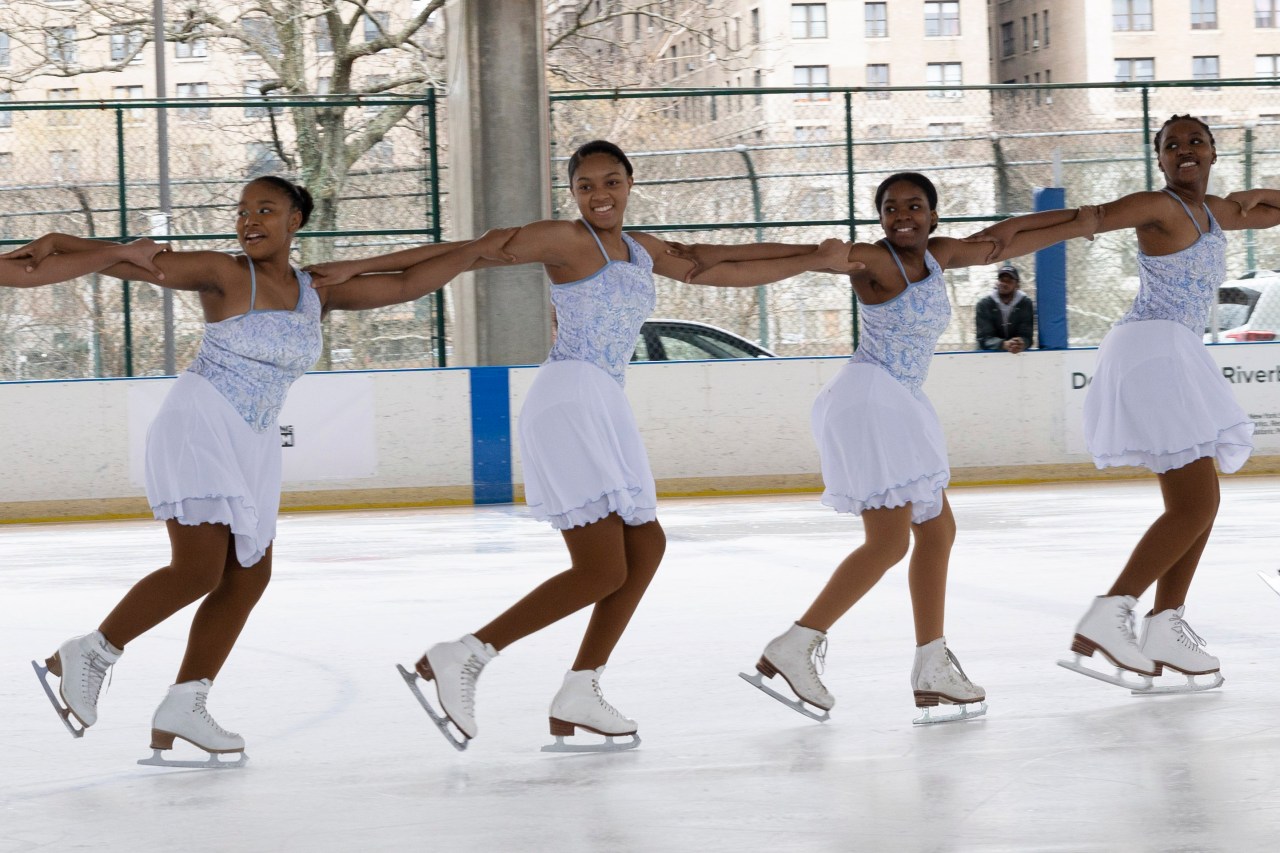 NEW YORK (AP) — A quarter of a century ago, Sharon Cohen founded an organization that, to some, made little sense. After all, how many figure skaters would she find in Harlem?

Figure skating in Harlem celebrates its 25th anniversary with a gala on April 25 and has become a success story based on academics, social growth and, well, yes, ice time.

“I’m incredibly proud of the number of people who have come together for such a mission,” Cohen said. “We took a kind of 360 degree view and started a collective journey to do good and be a springboard for young people to discover themselves and go out into the world.”

The organization’s goal is to help girls from diverse racial and ethnic backgrounds transform their lives by building confidence, leadership, and academic achievement. Obviously it worked. FSH graduates go deep into their careers or attend universities across the United States. Current students, coming out of restrictions related to the COVID-19 pandemic, are returning to something like normal. Cohen even sees second-generation skaters in the program.

Figure Skating in Harlem combines the power of education with access to the artistic discipline of figure skating “to build champions in life.”

Its gala will honor many of these champions, from 2022 Olympic gold medalist Nathan Chen to actress/humanitarian Whoopi Goldberg; singer/songwriter Valerie Simpson; Esi Eggleston Bracey, Unilever Chief Operating Officer for Unilever Beauty and Personal Care; Lorine Pendleton, Principal Partner of the Portfolia Rising America Fund; and Bernice DeAbreu, a member of the New York Board of Education, specializing in computer literacy and elementary education and known as the “Godmother of the FSH”.

All women have been supporting the organization for a long time, while Chen follows in the lineage of so many great skaters.

“It’s always great when we have an Olympian come and meet the girls,” Cohen said. “Scott Hamilton was the first on the ice with the girls, giving them advice, and his presence meant so much. Same with Sarah Hughes. Right after Sarah won gold in 2002, she came straight to Harlem, and she pursued a great career in education and law. She’s an incredible role model, like Nathan, a Yale student, an academic.

“I think it means a lot when they are physically present with us and come to our events to spread the word and share the mission. We are a heart-to-heart mission that people can relate to.

“The organization has done so much for figure skating and is, I guess, kind of an icon with this department of figure skating,” he said. “To see how we can spread this sport, exposing figure skating to different communities that might not have that exposure. And I love their connection to education and the fact that these girls have the opportunity to get into figure skating.

“The fact that we as skaters have the chance to be involved outside (in competition) with organizations like Figure Skating in Harlem is a privilege.”

With 25 years on the books, Cohen prefers to look to the future. But she knows the experiences of the pandemic are reminding her of the resilience and courage needed to succeed on the ice and in the classroom.

“In skating, when you fall, you get up,” she said, “and we found a way to never stop our program. Skating outside, zooms, whatever. You try your best with what has been dealt with. The young women have had the support of each other and the team. Support has been greater during the pandemic than ever in the past. But we wanted them to know that education never stops.