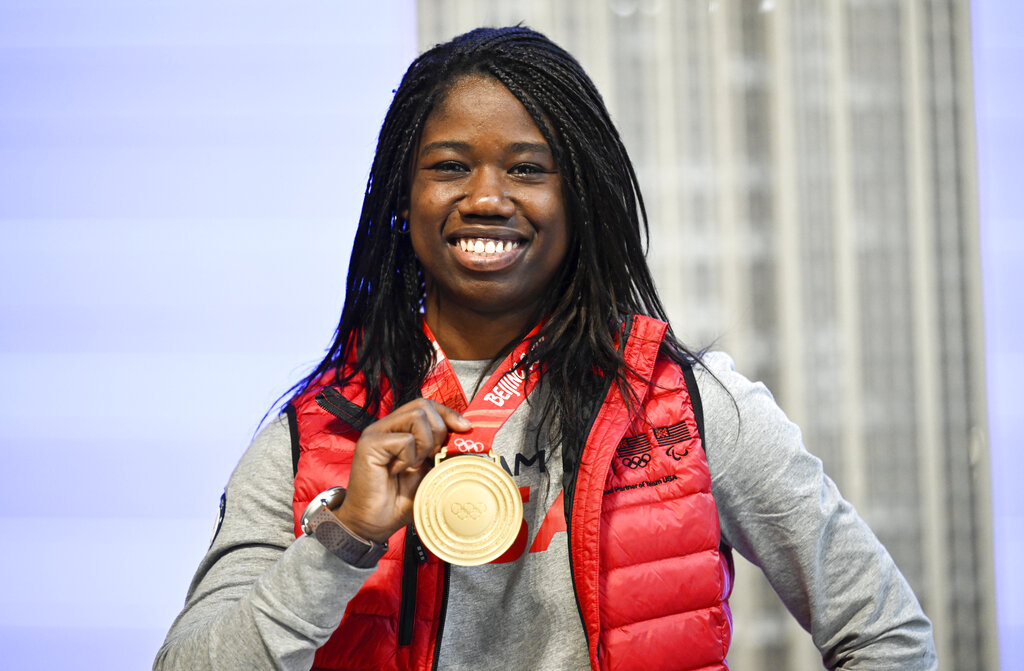 For the 37.04 seconds it took Erin Jackson to slide across the ice, some held their breath while others cheered. Either way, the local roller sports community rooted wholeheartedly for their Marion County mentor halfway around the world.

The 29-year-old from Ocala made history as a first black woman to win an individual medal in speed skating after finishing first in the 500 meters.

Before Jackson was a blade champion, she excelled on the wheels. Because inline skating is not offered at the Olympic level, some skaters switch to ice to achieve their Olympic aspirations.

Jackson was one of three Ocala speed skaters competing in Beijing whose journey began with competitive inline skating coach Renee Hildebrand. With its three former medal-winning athletes, Hildebrand, 59, hopes their success will boost interest in the online racing team Ocala Speed ​​which she coaches with Richard “Spanky” Hawkins.

“Everyone is excited about speed skating right now, and hopefully we can use that to get people into the rink,” she said.

Ocala Speed ​​is a young team with most skaters under the age of 14. Hildebrand says the goal of the program is to build the sport from the bottom up. She believes that as inline skating gains traction, more Olympic speed skaters will emerge.

Chad Ankney typically spends five to six days a week watching his 13-year-old son, Brady, train. He said most kids dream of the ice, but strive to make the world junior and senior team online first. When skaters are looking to take the next step, they tend to switch from ice to speed skating.

When he sees his son explode in the turn, Ankney reflects on how the three Ocala Olympians, who used to skate on the same rinks under the same training as his son, impact local skaters .

Leona Newman, 12, started skating with Ocala Speed ​​five years ago. For her, it’s inspiring to watch Jackson peak as an inline skater and then grow as an ice racer.

Newman had been roller skating for about a year when Jackson qualified for the PyeongChang 2018 Winter Olympics just four months after swapping wheels for blades.

Jackson’s Olympic career took off and Newman was there from the start.

The aura of athleticism and poise that Jackson displays on the ice fills Newman with hope that she, too, will one day step onto the podium.

“If I follow in her footsteps, I think I can get to where she is,” Newman said.

Roller skating isn’t the only roller sport that Jackson is passionate about. Now known around the world for her dominance on the ice, Jacksonville Roller Derby league members like Melanie Devlin admired her long before her triumph in Beijing.

“Every time I see a story about how cool she is, I’m like, ‘Yeah, that’s right! She totally is, and now the world knows it too,” Devlin said.

Devlin, 38, lives in Gainesville and loves the carpool rides she shared with Jackson when they were teammates on the New Jax City Rollers. She said Jackson never made much of her accomplishments. One day she would win online competitions on the world stage. The next day, she would take her turn to go to roller derby practice.

Devlin remembers getting into Jackson’s car only to sit on something hard. It was a medal, a testament to how Jackson worked to balance his busy, successful career with a fun, cross-training outlet.

She said Jackson humbly apologized and told her to throw him behind his back.

Even though Jackson won a medal in an individual sport, she and other members of Ocala’s speed skating community still work as a team. Marion County speed skater and friend Brittany Bowe, 33, sacrificed his place in the 500-meter race after Jackson slipped at the Olympic trials.

Bowe was able to regain his spot after opening another, but his act of kindness was a fundamental part of Jackson’s gold medal effort.

Jackson is an Olympian, jammer, trailblazer, record holder and a learned. But overall, she’s a role model. And for her, this is the most important.

“If I can impact one little girl’s dream, then that’s even better than gold for me,” Jackson wrote on Twitter.

Back on the Ocala rink, she succeeded.

“I feel like anything is really possible now, especially because she won the gold medal,” Newman said. “It’s going to make me want to push even harder than I’ve been pushing just to be able to pursue this dream.”