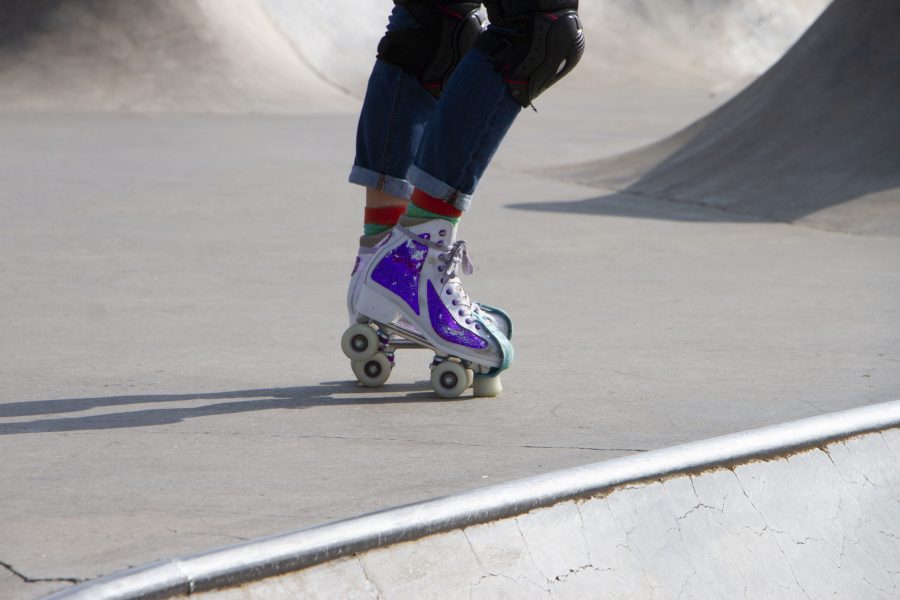 The Foco Roller Derby, a non-profit track and field organization, has a private skate-a-thon April 25 to raise money for scholarships and fund the team.

For an overview of the organization, Foco Roller Derby was founded in 2006, becoming “Northern Colorado’s premier roller derby league,” according to their website. There are currently 32 active members between skaters, officials and volunteers.

“Some have collected lump sum donations, while others are earning donations per turn, so speed will be key.” -Coleen Elliott, Head of FoCo Roller Derby

This year, the team is hosting its 11th annual skate-a-thon and skaters hope to reach a goal of $7,500. The Team Givebutter fundraising page raised $2,513 as of April 19, but there’s still time to donate to team or individual skaters.

There will be approximately 25 league members contributed to the event ranging from ages 23-50, each laps skating for an hour.

“Some have raised flat feats, while others are earning per round feats, so speed will be of the essence,” said Coleen Elliott, chief official of the FoCo Roller Derby.

Most funds will be used to find a permanent training space, operating expenses of the team and scholarships, while the rest will support Member enabling Foco Roller Derby skaters to recruit more or better engage current members.

Although the event is private, fans will be able to support their skaters by streaming the Foco Derby Roller Skate-a-thon Facebook page April 25.

In addition, the FoCo Roller Derby junior team is preparing for the women’s division of the Junior Roller Derby Association Playoffs, which take place on June 25.

Reaching Taylor Paumen at [email protected] or on Twitter @TayTayPau.