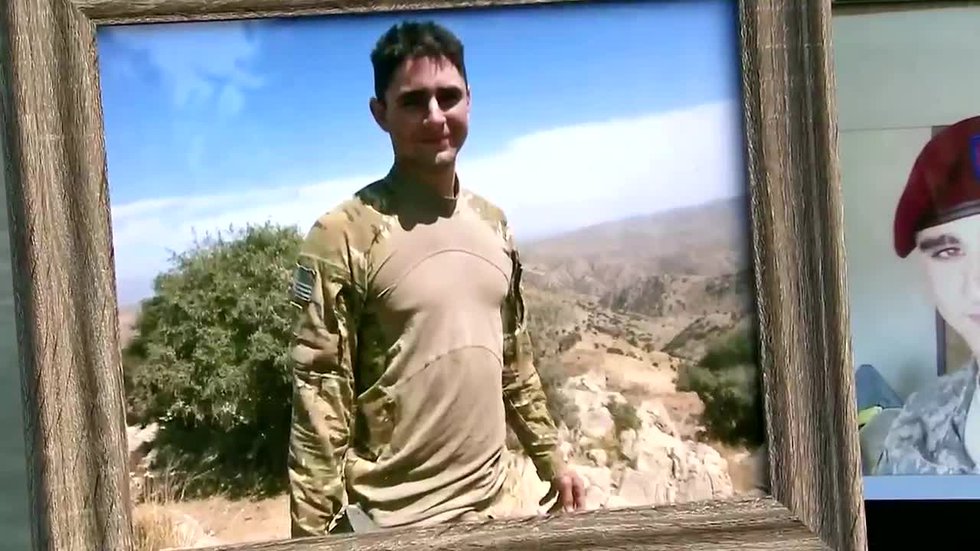 ST. LOUIS, Mo. (KMOV) – Fundraising is underway to build a skate park in the city of Pacific in honor of a local military member killed in action in 2012.

Jeffrey White Jr. graduated from Pacific High School in 2008 and enlisted in the U.S. Army in 2009. After attending Fort Benning Airborne School, he deployed to Afghanistan in December 2011. He was killed by an IED in April 2012.

“He had so much fun and had such an adventure, he really had a fiery determination and just had a fire for life,” said Paula White, his mother.

Growing up, White enjoyed skateboarding, his mother said. He started the sport at the age of 13 and always pushed the limit.

“He was skating and skating, he was very determined, you watched him do a lap 300 times until he got it right,” she said.

When he entered middle school and eventually high school, he was admired by fellow skaters and friends for his talent, his friend Jared Cattoor said.

“He was always pushing himself to the limit and doing things no one else would try, like jumping off roofs and things like that,” he said.

Without a skatepark, the boys would usually meet in nearby parking lots and buildings to practice their skills.

“I’m sure they went to a lot of places they weren’t supposed to be,” White said. “The kids have been waiting for something to do in this town for a long time.”

Cattoor said that to honor his friend and provide a new activity for children in the city, he approached the city to create a skate park.

Steve Myers, director of community development for the city of Pacific, said the idea received unanimous support from city officials.

“There’s nothing for the kids to do, that’s something I’ve heard time and time again,” he said. “It’s going to make Pacific Parks a place people want to come.”

That’s because Myers said upgrades to the city’s tennis courts and swimming pool, both located in Pacific City Park, are coming. He hopes the addition of a skatepark will serve as a catalyst for other recreation improvement projects.

“They’re doing a tremendous amount, they’ve taken responsibility by the horns and I think they’re going to get there,” Myers said.

Cattoor said his organizing committee aims to raise $150,000, hoping to find grants to match that money in the future. Currently, Cattoor said the group has raised around $17,000, but more is needed.

For $120, a donor will receive an engraved brick to place in the park. Every donation, big or small, helps the vision become a reality, Cattoor said.

“We want to honor and commemorate Jeff and it was something he loved doing so it’s fitting,” he said. “But we also want to bring something to town for the kids.”

White’s parents are excited about the project and grateful their son will be remembered for something he was passionate about.

“When they said they wanted to go with a military theme and they really want to dedicate it to Jeffrey’s name, of course, we’re very grateful and very grateful,” Paula White said.

Joplin’s American Ramp Company is helping with the design, Cattoor said. Myers said the likely location for the park would be at City Park near the football pitches, but that decision is pending final approval.

15 things to do with kids in Philadelphia this week

What to see and do in Rising in Melbourne in 2022