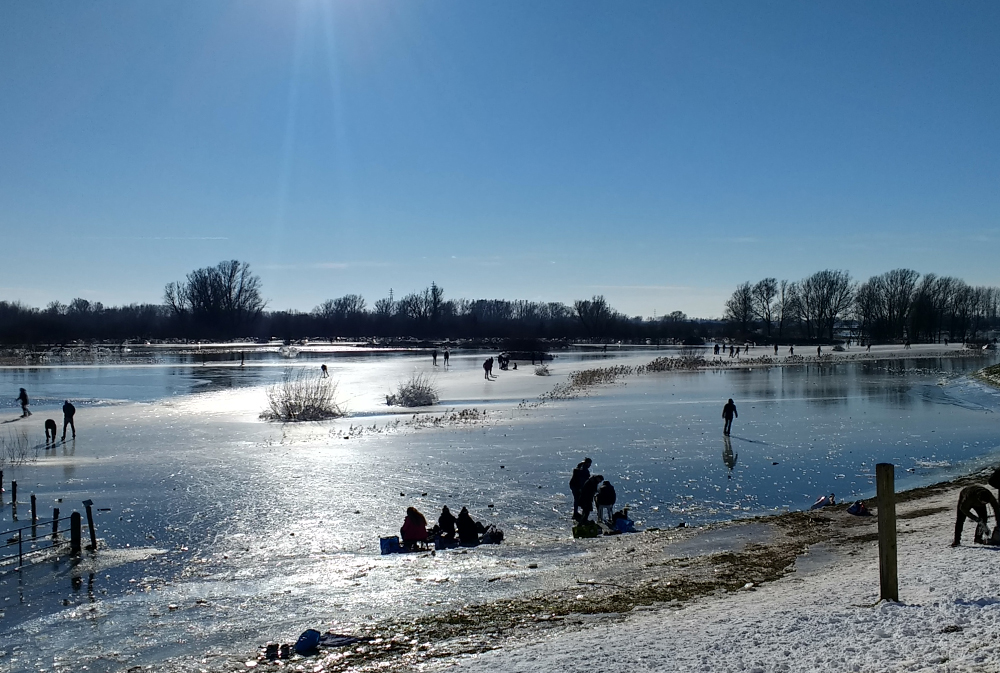 From skating to swimming: will we be able to swim in the future only in the Frisian Elfstedentocht?

At the sight of the first snowflake, many Dutch people are eagerly anticipating the possibility of a Frisian skating marathon in Elfstedentocht. This epic route covers not only 11 Frisian towns, but also many lakes. This excursion only requires one thing: enough ice on our waters. However, no Frisian skating marathon has taken place since 1997. An international study published in Nature Geoscience on October 18, to which Wageningen University and research contributed, now shows that lakes around the world are warming and that the number of frost days will decrease. “This warming is not only a problem that spoils our fun on the ice, but can also affect the water quality of our lakes,” say the researchers.

For their research, led by Luke Grant and Wim Thiery of the Free University of Brussels (Vrije Universiteit Brussel, VUB), the scientists used different future scenarios describing greenhouse gas emissions. With a low level of emissions, the most optimistic scenario shows a future in which the global average temperature of lakes will rise by 1.5 degrees Celsius above the level of the pre-industrial revolution. As a result, the lakes will have 14 days less ice cover. In the worst case scenario, if emissions are not reduced, the lakes will warm by 4 degrees Celsius, causing 46 fewer ice days worldwide. “In the Netherlands, we have an average of 6 days of ice per year. This means that we could face a future in which there will be virtually no ice in winter, ”says Dr Annette Janssen, scientist at Wageningen University and Research and co-author of this study.

In addition to the warming of the lakes that was shown in this international study, researchers want to find the cause of this phenomenon. Could the past two decades just have been hotter? The team developed a large number of computer simulations with models of lakes on a global scale, on which they then triggered various climate scenarios. “Merging models at this scale is unique and produces a large amount of previously inaccessible data,” says Bram Doppers, a researcher at WUR, who contributed to this study. The resulting database was submitted to the UN Climate Panel (IPCC) research method. This analysis enabled the international research team to prove that the global change in temperature and ice cover on lakes can only be explained by massive human-caused greenhouse gas emissions.

The results show that it is highly unlikely that the increase in temperature and decrease in the number of ice days over the past decades can be attributed to coincidence. In addition, the researchers found clear similarities between changes in lakes and computer models of lakes in a climate under the influence of greenhouse gases. “This provides compelling evidence that climate change is having an impact on lakes,” says Luke Grant, lead author. The temperature and ice cover forecasts unanimously show progressive trends for the future. For every degree of increase in global atmospheric temperature, lakes are expected to show a temperature increase of 0.9 ° C and lose 9.7 days of ice.

Rising global lake temperatures and the ensuing melting ice can seriously affect us. In addition to a decrease in the chances of an Elfstedentocht taking place, the lakes will also be warmer in the summer. We enjoy a refreshing dip in the bathing water like the lakes. “But it’s not just humans who enjoy a refreshing swim in hot weather,” says Janssen. “Blue-green algae also thrive in hot weather. In hot weather, these algae grow faster and can cover the surface of the water. This can be dangerous, as blue-green algae emit toxic substances. Bathing spots were frequently closed in recent hot summers.

International research shows dramatic differences in lake conditions at the end of this century, depending on the actions humanity takes to mitigate climate change. The results underscore the importance of the Paris Climate Agreement measures, as a maximum temperature rise of 1.5 degrees is essential for the health of lakes around the world. The effects of climate change, including those on lakes, will be an important topic at the UN climate conference COP26 in Glasgow in November. Because, if we drastically reduce our emissions in the decades to come, we may still be able to avoid the most serious consequences for lakes around the world. This would be good news for a future Elfstedentocht and the preservation of good bathing water.

/ Public distribution. This material is from the original organization / authors and may be ad hoc in nature, edited for clarity, style and length. The views and opinions expressed are those of the author (s). here.