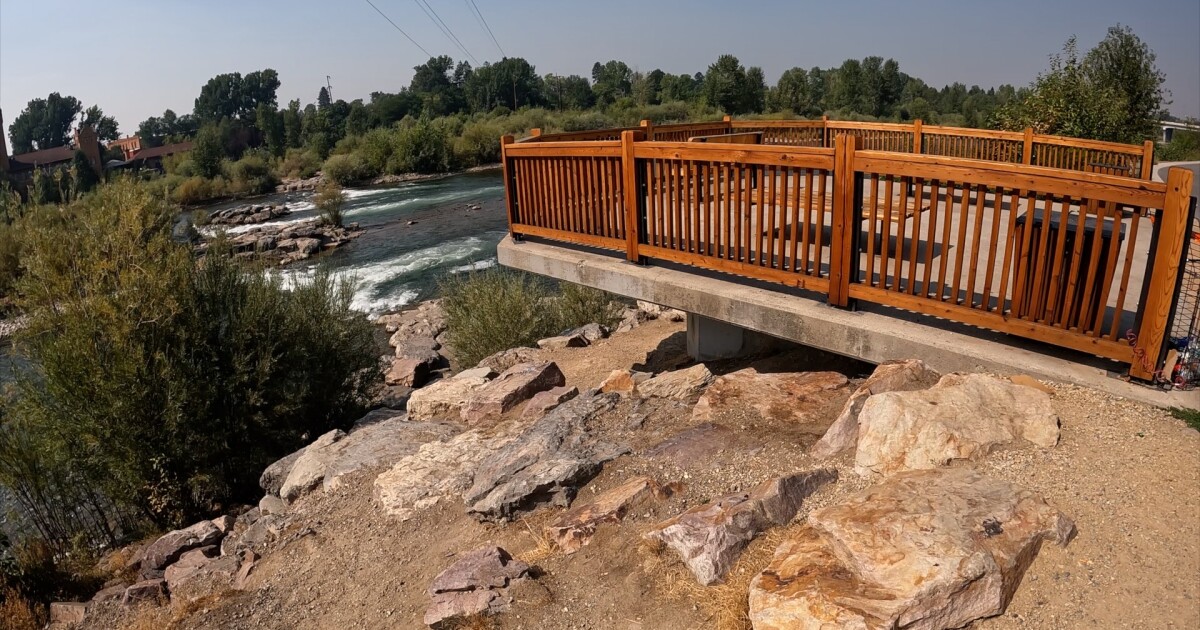 Further renovations to Caras Park are planned for the near future

MISSOULA — Summer is coming to an end. But improvements to Caras Park in downtown Missoula are just beginning.

When crews cut down trees in Caras Park last October, some feared the iconic downtown space would be irreversibly altered for the worse. But the removal of the trees and the leveling of the hill marked the future of the park.

Over the past winter, contractors installed an extensive system to clean up stormwater that had just been dumped into Clark Fork for decades. This was followed by new landscaping, seating and “sails” to beat the heat. Last week, the Downtown Missoula Partnership honored the city, the Missoula Downtown Foundation and others who funded the projects.

“We have a lot more projects coming up, but when you think about what’s happening in our community, we have a lot more people living downtown than ever before,” notes Linda McCarthy, executive director of the Downtown Missoula Partnership. “About 3,000 new units have been built downtown in the last 15 years and Caras Park needs to be more than just an event venue for major festivals. It needs to be a place where people can, you know, relax, exercise and connect with their friends.”

There have also been unseen infrastructure changes, such as additional seating, more power outlets and accessibility. And there’s a lot more to come. The reconstruction of the new downtown substation includes items such as murals and modification of the space under the Bear Tracks Bridge.

“We’ll let you know, bike racks and parkour and table tennis and basketball and climbing walls and art and lighting. So we’re planning that and to design it and, you know, to seek funding for it, both grants and donations.”

One of Caras Park’s most popular features, the Brennan’s Wave Lookout, is also heading for some changes. McCarthy says that will include better viewing opportunities and the removal of dangerous river access.

“Creating this formal access point so that, you know, people floating down the river as they come in and out have things like parking and restrooms and trash cans. So, you know, really thinking about the long-term impact of the Corridor River and making these improvements for this kind of next generation of Missulians.”

There is also an effort to make Caras a year-round park, with winter ice skating and other activities, all in an effort to improve Missoula’s connection to the river.

“Improvements that make our environment greener, healthier, you know, more access for pedestrians and cyclists and then really, you know, treat this whole river corridor and its chain of parks and trails like the center and the heart of our community,” McCarthy told me.