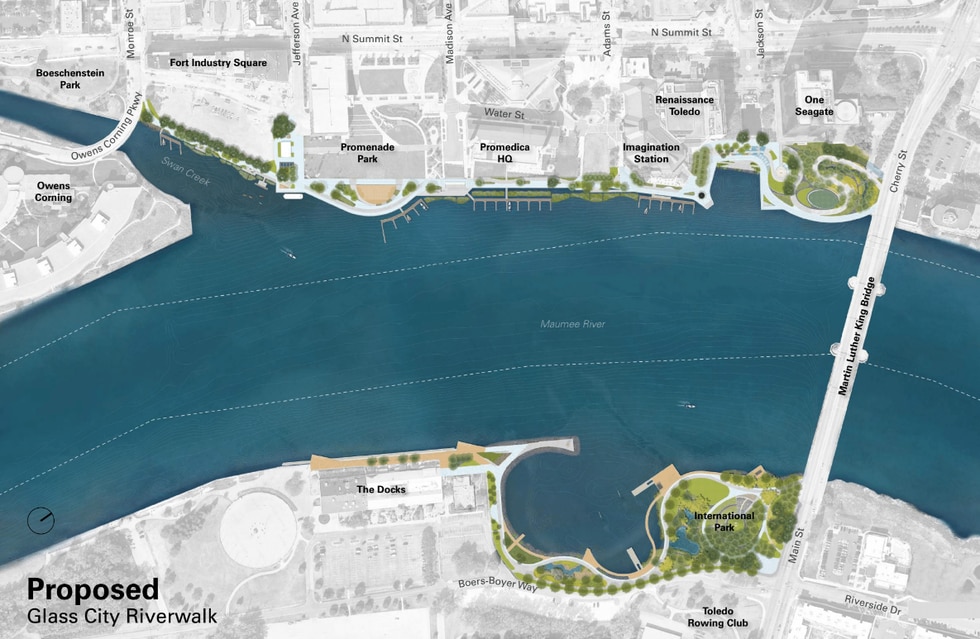 The first phase of the Glass City Metropark along the Maumee River is already open to the public and phase two is currently under construction. The plans were unveiled Wednesday at the Imagination Station theater and work is already underway to change the face of Toledo.

Dave Zenk, Executive Director of Toledo Metroparks, explained, “This is a massive initiative that truly creates 300 acres of open space that is connected by 5 miles of multi-use trails, connects 6 individual neighborhoods in a way that we never could. have not seen, and creates the opportunity to plant tens of thousands of trees.

Phase 2 of the Glass City Riverwalk will be approximately twice the size of the area already open to the public and extend it to the Glass City Skyway. It will include what is called an ice skating ribbon or path, different playgrounds for children and the first restaurant in a Metropark. Everything is scheduled to be completed by the end of this year.

“Two years later, the rest of the Riverwalk in the downtown section and parts of the international park will be built,” Zenk said.

This part of the project will include renovations from Main Street to the docks on the east side of the river, and from Cherry Street to Owens Corning Drive on the west side. Some of the most notable changes will include the construction of a ramp to the MLK Bridge, as well as the addition of a pedestrian bridge over Main Street between Glass City Metropark and International Park which will be installed this spring.

A levy that was passed in 2020 will pay for a significant portion of the Riverwalk. “Lucas County voters have overwhelmingly agreed to lean in and really support the top 50% of this initiative,” Zenk told us. “And our organization with the help of many philanthropic partners, with the help of the business community and the help of the state and federal branches of government, we are putting together the second half.”

The work is also expected to generate hundreds of jobs between the construction and maintenance of the new facilities, as well as associated private investment nearby. The main objective of the Glass City Riverwalk project is to increase connectivity and accessibility.