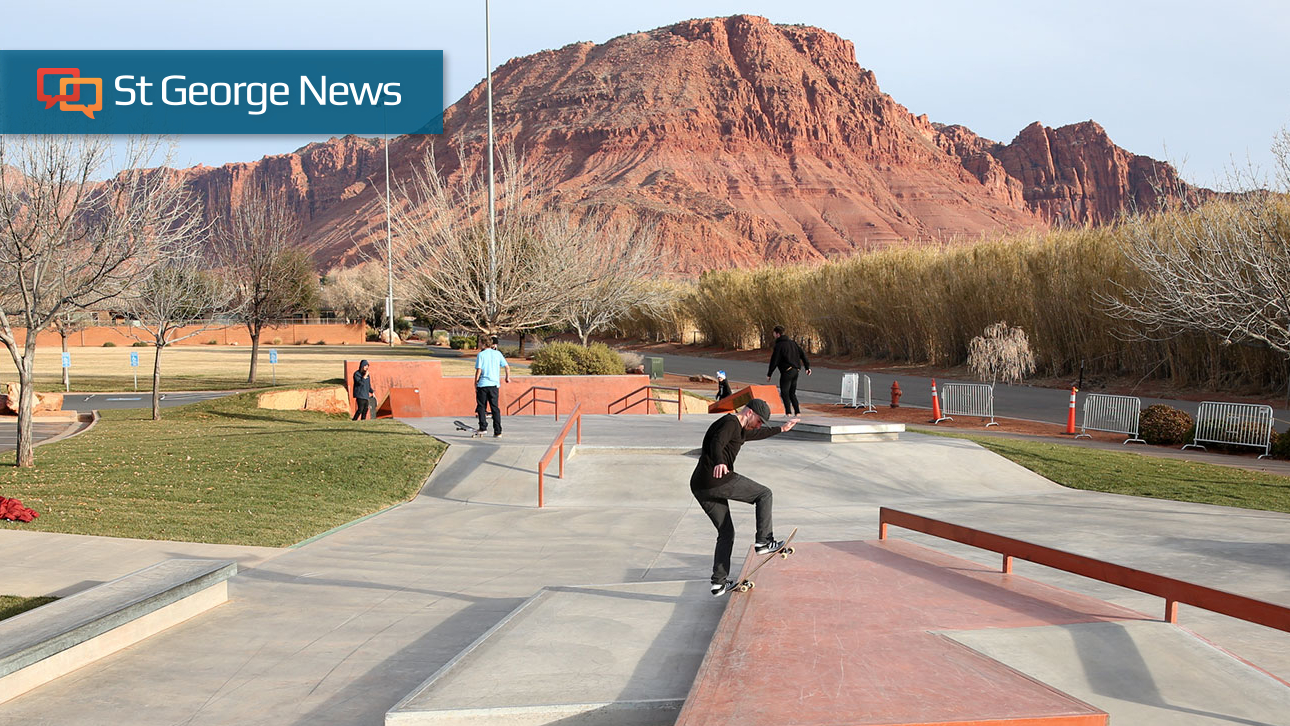 IVINS — Ivins skaters got what park officials there called an unwanted addition last weekend after a tagger left his mark at the UNITY Park skate park.

The graffiti was left between July 30 and 31 but did not last long.

“We arrested him right away and the police are on the scene,Benny Sorensen, director of parks and recreation for Ivins, told Ivins City Council at their meeting on Thursday.

Nonetheless, Sorensen said it’s been new to Ivins skatepark since it opened in November 2019.

“We had the first graffiti at the skatepark,” he said. “It’s a bit irritating.”

The graffiti has been sprayed with black paint on the side of one of the flow bowls, which is a sunken concrete depression that looks like an empty swimming pool. It consisted of the word “Gonk” and the image of a drawn animal head. St. George News chose not to publish an image of the graffiti.

According to the New Partridge Dictionary of Slang and Unconventional English, “gonk” is slang for a “polite way of telling someone they’re dumb”.

Sorensen said staff were able to remove the graffiti using chemical graffiti remover as well as hot and cold pressure washers. He said Santa Clara-Ivins police have been contacted and are investigating.

Chris Reed is editor and reporter for St. George News. He gradually moved east after growing up among the Valley Girls of the San Fernando Valley in Southern California. He graduated from Cal State Northridge before spending a decade in Las Vegas. As a sportswriter and editor, he’s compared shoe sizes with Shaq before. As a journalist and editor, he covered parades, triumphs and tragedies. He also got closer to the stars by advertising for a space module builder. He came to St. George out of love and learned to love the community. He is the proud father of two boys, his youngest being a champion against autism and type 1 diabetes.

#YYCBlockParty returns with an outdoor skating rink in Deerfoot City