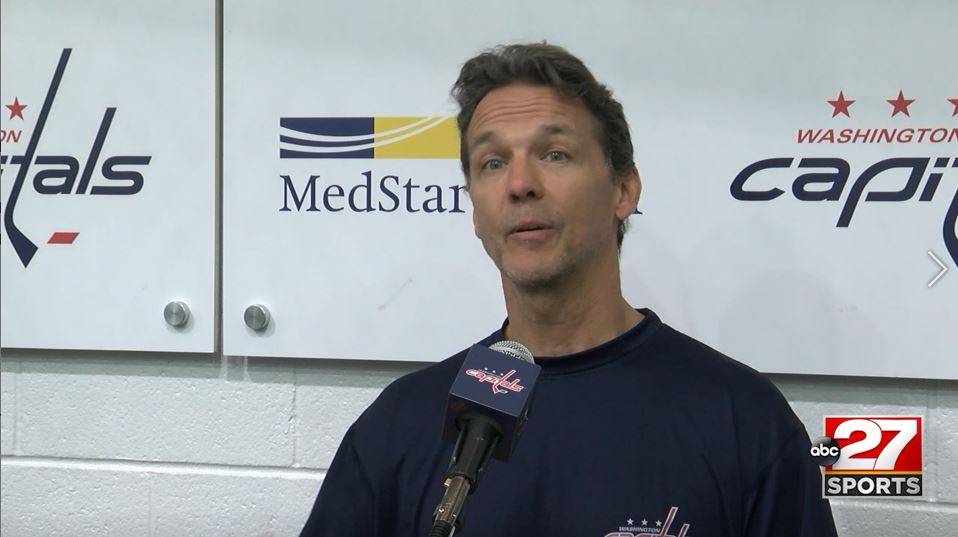 ARLINGTON, Va. (WHTM) – Scott Allen is no stranger to MedStar Capitals Iceplex in Arlington, but being the man in charge is certainly a new fit.

â€œIt’s been three strong days,â€ Allen said after rookie camp’s third and final training session. “The organization is an exceptional organization from top to bottom from Washington to Hershey, even down to our branch on the east coast in South Carolina.”

The Capitals promoted Allen to the franchise’s head coach in August after Spencer Carbery accepted an NHL assistant coach position with the Toronto Maple Leafs. Allen has been an assistant for Chocolate & White since 2019.

â€œIt’s been an easy adjustment,â€ Allen said of his new role. â€œWe have such a strong staff so that helps a lot. It makes it a lot nicer.

Allen brings 25 years of coaching experience to Hershey, coaching more than 1,800 games in the NHL, AHL and ECHL. He was head coach of the American Hockey League with the Portland Pirates in 2016 and reprized the role twice mid-season with San Antonio from 2002-2004.

Back to hockey: Hershey Bears to end 332-day hockey drought

His role in the Capitals preseason is to prepare young players for the NHL and develop the organization’s outlook before the season begins.

â€œWe’re in the age of the salary cap, so it’s really important that you can develop some guys internally,â€ Allen said. “It doesn’t matter [the Capitals] if he is a drafted player [or] free agent, we strive to bring out the best in every player. This is our job. to make sure we’re getting the most out of and squeezing every ounce of juice out of every player.

“One thing I love to do when a new season starts [is ensure] everyone has a clean skate, â€Allen said. â€œYou hope some guys really improved their game by what they did in their off season training and [itâ€™s] a clean slate. Here we are; new season.”

The Hershey Bears open the season on Saturday, Oct. 16 against the Charlotte Checkers at the Giant Center.