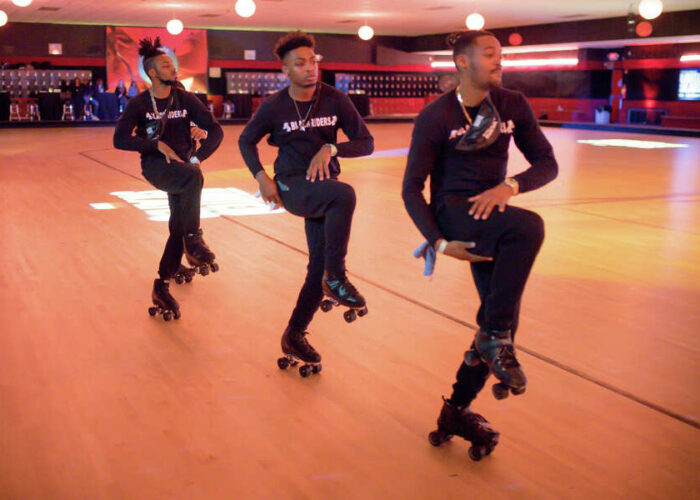 Even though Houston Museum of African American Culture film curator Jasmine James moved to Los Angeles a year ago, that doesn’t mean she won’t be bringing big-screen selections back to H-Town.

As someone who has worked at the museum for nearly a decade, Jones says she won’t be leaving her post anytime soon. “I really wanted to get closer to the film industry and just, you know, have the opportunity to meet people in that world and continue to build relationships,” says Jones, 37, born in Jacksonville, Florida. a good opportunity to take a leap and continue to develop my career and my interests.

Before Jones took off for La La Land, HMAAC was making impressive moves in the film programming department, building its reputation as “Houston’s Black film house”. (HMAAC CEO John Guess came up with that one.)

In April 2020, the museum received a $10,000 grant from the ARRAY Alliance, a resource collective founded by filmmaker Ava DuVernay (“Selma”), for its filmmaking. “It was a really great time,” says Jones, who attended the inaugural ARRAY ASCEND Summit at the University of North Carolina’s School of the Arts. “I had the opportunity to meet other film programmers and film curators across the country who were doing a truly wonderful job of bringing filmmaking and filmmaking to their community.”

Later that summer, the museum also launched HMAAC Movies at Sunset, a series of outdoor movie screenings held at the Shrine of the Black Madonna for people who still wanted to spend an evening at the movies during the pandemic.

This week, she’ll return to Houston, just as the museum reopens Friday night for its latest exhibit, “African Cosmologies: Redux.” The night before that happens, Jones and the museum will host an outdoor screening of the 2019 documentary “United Skates,” at Emancipation Park. The John Legend-produced film (which can also be streamed on HBO Max) focuses on fledgling rinks across the country — and the skaters of color trying to keep them going. Hip-hop veterans such as Salt-n-Pepa and Coolio also show up to reminisce that rinks were a favorite hangout for rappers.

As someone who’s been to a lot of “adult nights” (read: a night at the rink when black people show up), Jones had to get this movie for a showing. “I grew up roller-skating with my dad and with my friends, and it’s such an important tradition and pastime in the black community,” she says. “And this movie in particular, you know, is a really good documentary because it’s not only about our love for this hobby – this hobby – but it goes into the history of skate parties. It’s about their evolution and, then, he mentions how, for example, each city and region has its own style of skateboarding.

Jones already has screenings scheduled for next month. On October 11, HMAAC will host a virtual screening of “A Woman on the Outside,” a 2022 documentary about Kristal Bush, a young woman from Philadelphia who struggles to keep families connected with their incarcerated loved ones. (Bush will participate in a live Q&A after the film.)

On October 20, there will be a 25th anniversary screening of “Eve’s Bayou,” Kasi Lemmons’ 1997 Southern gothic drama starring Samuel L. Jackson and a young Jurnee Smollett. She is also collaborating with the Houston Cinema Arts Festival on film programming for the upcoming festival in November.

While HMAAC has a loyal team of moviegoers who attend screenings online or in the flesh, Jones would like more new faces to attend the free screenings she hosts from the City of Angels.

“We’re going to keep trying to really meet people where they are,” she said. “We will have in-person screenings, but we will also have virtual programming,” she says. “A lot of the movies that we bring in haven’t really been shown in Houston and other places,” she adds. “And, so, it’s really an opportunity to really see some great movies that you might not get to see anywhere else in the Houston area.”

Craig Lindsey is a Houston-based writer.

Krejci: “Pretty Cool” back in Boston for her first skate