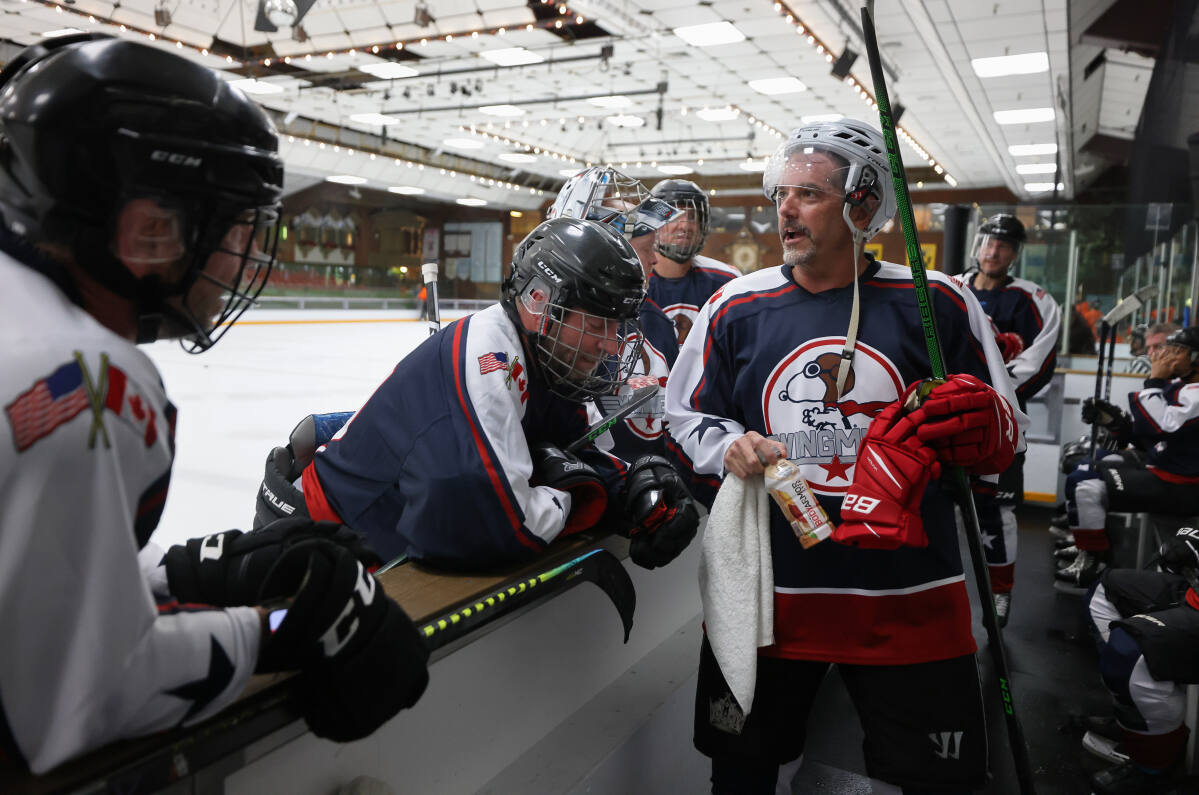 Hundreds of hockey players aged 40 to over 80 descended on Wine Country over the weekend, happily taking to the ice and battling it out as the Snoopy World Senior Hockey Tournament broke a hiatus in four years.

Due to rink repairs and then the pandemic, the tournament hosted in Santa Rosa by Charles M. Schulz in 1975 was last played in 2018. It was not until mid-April that the director of the tournament, Blake Johnson, felt safe in declaring this year’s contest to go.

Older fans of the sport rushed in regardless, with perhaps as many as 1,000 players, Johnson’s estimate, for 66 teams from across Canada and the United States coming to Santa Rosa for the tournament. 11 days.

“It still feels as special as it always has,” Johnson said, speaking to The Press Democrat in the lobby of Santa Rosa’s only “Peanuts”-themed winter wonderland. Players bustled about on Saturday with hockey sticks and the sport’s signature jumbo bags of skates and skates.

“People always wanted to be part of this thing,” Johnson said.

Schulz, a Minnesota native and lifelong hockey player whose devotion to the sport was expressed in his “Peanuts” cartoons and eventually earned him a spot in the Hockey Hall of Fame, built the unique rink of the city more than half a century ago in the then budding Coddingtown area. It opened to the public in 1969 and is now called Snoopy’s Home Ice.

Schulz described the senior world tournament as an “adult summer camp,” according to the rink’s website.

“That kind of mindset has stuck around this tournament,” Johnson said. “Sparky’s legacy lives on.” Sparky was the designer’s nickname.

Players shuffled around the rink or walked their gear in and out of the building as the Wolverines beat the Spectra Stealth, 10-2, in front of fans in a game Saturday at noon. Matches are being played all week with the final matches scheduled for July 17.

Although the games were competitive, the wins, losses and titles came as an afterthought of seeing old friends again and experiencing the joy of skating and hockey together again, the players said.

For older players, hockey is an equalizer for men of all backgrounds, he said.

“A guy can be a top executive making a huge salary and a guy can be a garbage man,” he said, “but once you walk (on the ice) it evens everyone out.”

Legros has been playing in the tournament since he was 41 years old. He played his first tournament with a team from Calgary, Alberta, and for many years played with a team called United Nations, which attracted players from all over and for a time included Monte Schulz, the cartoonist’s son. .

“It’s a bucket list tournament,” Legros said. “A lot of guys want to say, you know, ‘I played in Snoopy.'”

This year’s tournament was dedicated to Mark Sertich, a longtime competitor who made the ‘Guinness Book of World Records’ as the oldest living hockey player when he took to the ice at the 2017 tournament. at the age of 96. Sertich died in August 2020. Snoopy sports a replica of Sertich’s trademark handlebar mustache in this year’s tournament logo, and a small memorial exhibit honoring his legacy included a letter from Sertich’s daughter, Cynthia Flood, to Schulz’s wife, Jeannie.

“You have brought back the tournament, and now all participants can once again experience the joy of camaraderie and sporting activities, as they compete in such a pleasant environment,” she wrote.

The tournament’s return had a special meaning for Craig Frost, 54, of Pleasant Hill. Nicknamed “Frosty” by his teammates on the Viego Doggs, Frost was diagnosed in 2018 with a cancerous brain tumor. Friday and Saturday marked his first games on the ice since surgery to remove him.

“It’s great to be back to a sport I’ve been playing since I was 6 years old,” he said. “I missed the sounds, the smells, the excitement of the game.”

Frosty’s team was 1-1 in the tournament so far. Not that these were numbers for him and his teammates on the Doggs – that is, ‘old dogs’, as one player joked.