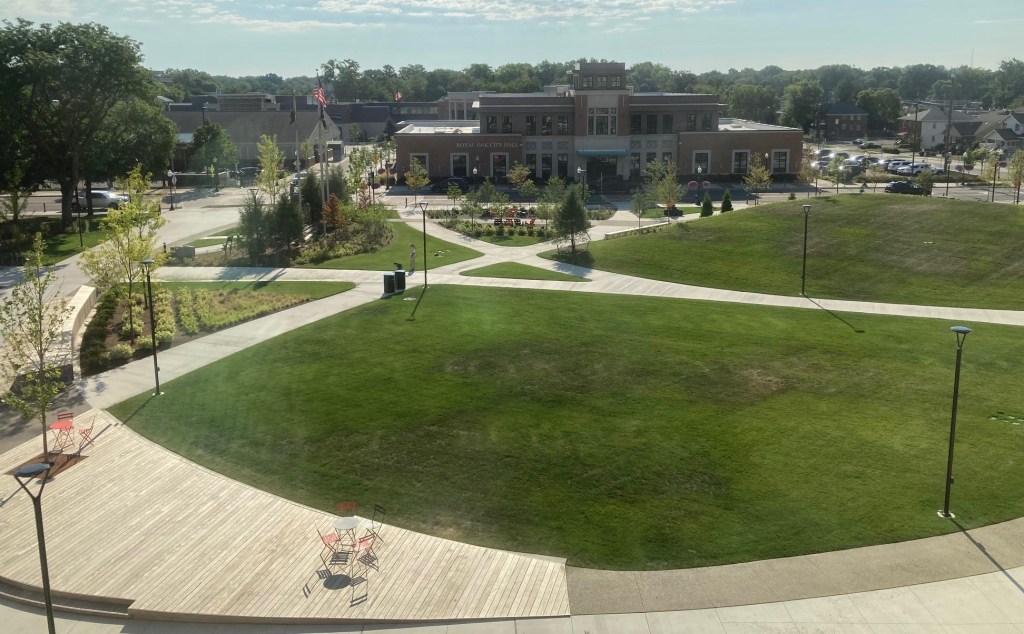 Royal Oak City Commissioners will decide on Monday whether to create a seasonal skating rink in the new Centennial Commons downtown park.

The proposal for the rink comes from Jon Witz, producer of Arts, Beats and Eats, Royal Oak Winter Blast and two other festivals in the city.

During last year’s Winter Blast, Witz set up an ice rink in the west parking lot of the Farmers Market, among other activities. About 80,000 people attended the three-day outdoor event.

City staff members have reviewed the rink proposal and recommend that the Municipal Board reject it.

But it will not be clear until the committee meets on Monday whether it will vote to scuttle the proposal.

City Commissioner Brandon Kolo is among those in favor of the rink.

“The Downtown Development Authority is looking to be partners” on the ice, Kolo said. “It will bring people downtown and to our stores and restaurants.”

Witz would provide advice on the rink project and manage daily rink rentals for a three-month period, apparently at no cost. In return, he could use the rink during the three days of Winter Blast.

Money from the rink rental would go to the city to cover costs, according to a memo from assistant city manager Todd Fenton.

The rink would open in mid-November or early December and continue through the Winter Blast, which would end on February 5 next year.

The proposal is for the rink to be open seven days a week, with skating in the afternoons and evenings on weekdays, and all day on weekends.

“The projected rink costs and physical disruption to Centennial Commons are concerning,” Fenton said in his memo to commissioners.

“The basic principle is noble,” he said. “But this goes against the uses and construction of the park when it was envisaged.”

When the Downtown Park Task Force engaged the community on the design of the park, it was decided that it would not be used for festivals or other rentals, Brake added.

“From a big picture perspective, it’s about what the intended use of the park is,” he said.

Kolo said the park’s designers suggested a skating rink was a possible option that task force members might consider at some point.

When the rink was open for three weeks around the time of last year’s Winter Blast, Kolo said he spoke to families who ice skated there.

“They all wished the rink could be open longer,” he said. “I think there are enough sponsorships available to make (a rink) a financially viable option for the city. We will not do this unless there is adequate sponsorship.

At 100 by 50 feet, the proposed rink is small by NHL standards, but not much smaller than the rink at Rockefeller Center in New York, which is 122 feet long and 59 feet wide.

Rink operations would occupy about a quarter of the two-acre park.

The rink and equipment infrastructure requires flat, level ground, and the city should level the proposed rink area with sand, Brake said.

That would require the city to replant sod every year after the rink is dismantled, city officials said.

“The park has an irrigation system underneath and there is a risk of damage,” Brake said. “The concrete walkways are built for people to walk on, but not for heavy trucks” to lay out the rink.

Ferndale water customers will see their next bill go up

Body found near Crooks Road in Royal Oak is a suicide, police say