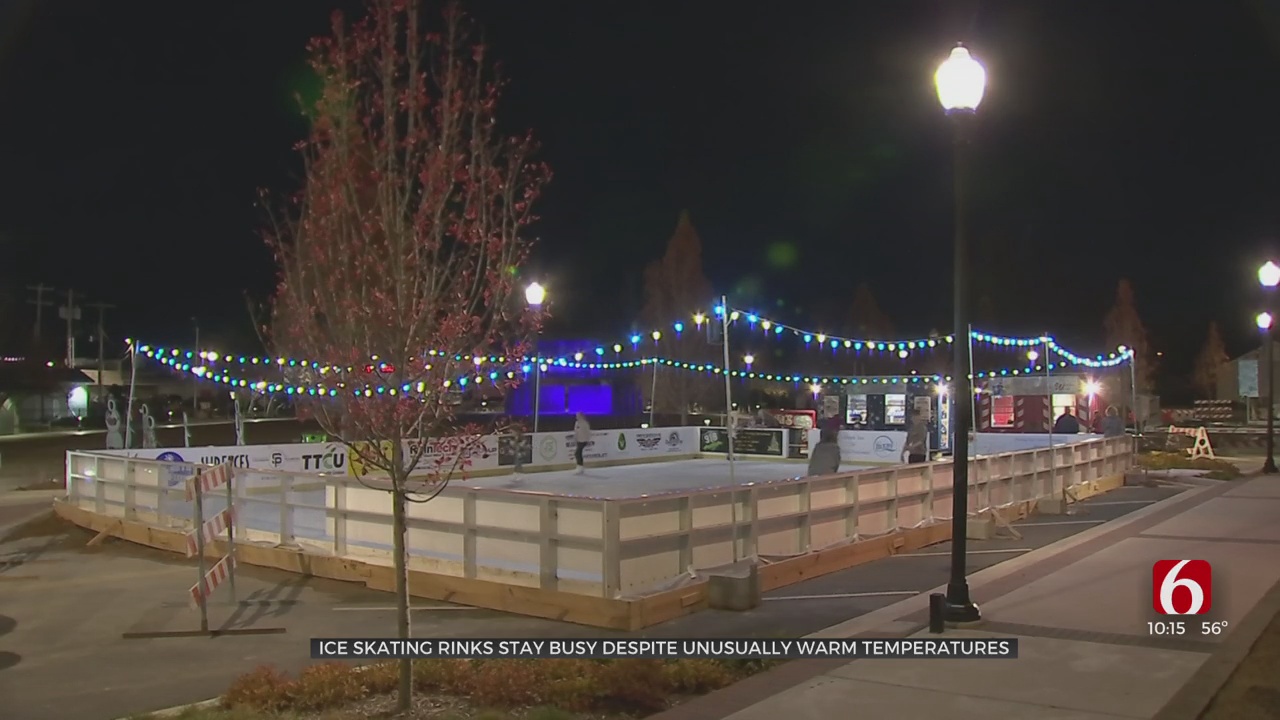 Tuesday is December 1, but it is certainly not a normal December outdoors.

Bixby’s winter wonderland is now in its 5th year and with our above average temperatures this week, some are skating in short sleeves!

Gabby North says she’s been coming here since she was two and is now 7, so do the math! And Gabby says her favorite part?

â€œIt’s kind of like speed and tricks and spins,â€ Gabby said.

And Gabby tells us that she even learned on her own!

Gabby is one of the many children to put on their skates and enjoy the ice rink.

Josh Nave is one of the operators for Bixby’s Winter Wonderland and says that even on these hot days, the biggest melt you’ll see is a slight pool of sun hitting the ice.

He says the rink stays cold because “The Chiller” pumps a glycol-like chemical through the piping below that keeps the ice cold.

â€œIt leaves that cooler at around 6 degrees in the pipes and it comes back to around 12 degrees,â€ Nave said.

Even with a little melting, it doesn’t dampen the fun of going out on the ice and getting into the holiday spirit.

â€œKids eat it! I mean they’re here in short sleeves and they get wet falling and having a good time,â€ Nave said.

They’re also having a big month filled with tons of events, starting with Lights on Bixby this Saturday, December 4th.