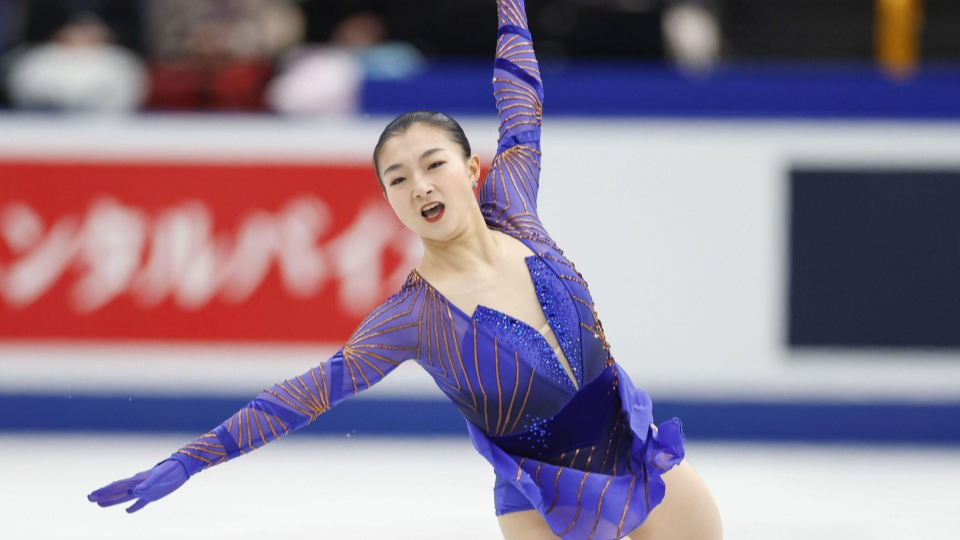 Kaori Sakamoto delivered an impressive free skate performance on Saturday to clinch her second national championship and a berth at the 2022 Beijing Winter Olympics.

Leading second-place Wakaba Higuchi by 4.57 points after Thursday’s short program, Sakamoto, 21, totaled a season-high 234.06 at the Saitama Super Arena as she claimed the Japanese crown in the women’s singles qu ‘she won for the first time in 2018.

Sakamoto performed seven triple jumps, including a triple flip-triple toe loop combination, scoring 154.83 for his free routine and finishing the competition 12.28 ahead of Higuchi.

Mana Kawabe completed the podium with an additional 12.13 points behind, with Mai Mihara fourth at 206.86. Four-time national champion Satoko Miyahara, who finished fourth at the Pyeongchang 2018 Olympics, was fifth in 206.51. Sakamoto, finalist last year for back-to-back national champion Rika Kihira, raised both hands in joy as she stepped out of the ice. 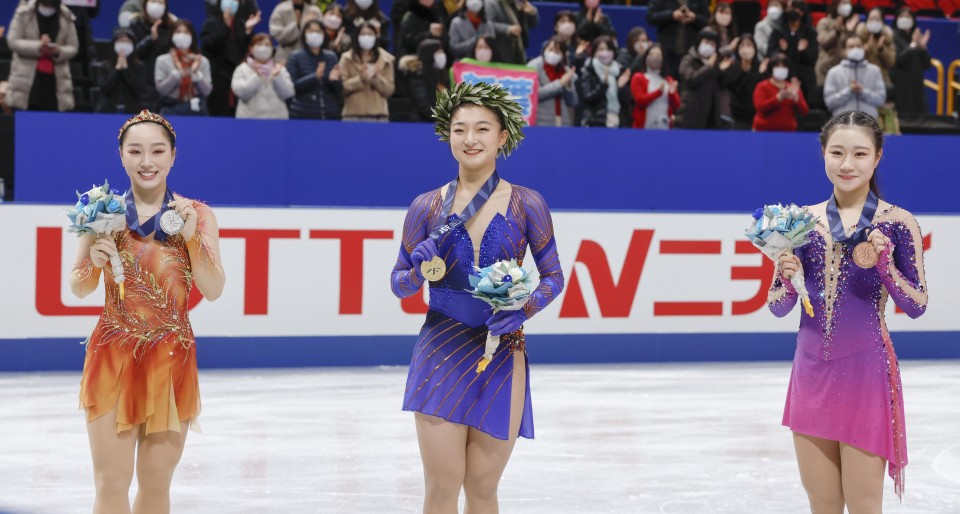 Sakamoto, last year’s runner-up for back-to-back national champion Kihira, raised both hands in glee as she stepped off the ice.

“I couldn’t be happier. I’m absolutely delighted. A weight has been taken off me,” said the Kobe native, who was still a high school student when she placed sixth on her Olympic debut in Pyeongchang.

The four-day national championships, which conclude on Sunday, are the final qualifying event for the February Games in Beijing. The Japan Skating Federation will officially announce the Olympic team, with three competitors each in the men’s and women’s singles, once the championships are over.

Previously considered the Japan’s best medal chance, 19-year-old Kihira retired ahead of the national championships with a stress fracture in her right ankle and will not compete in the Olympics. 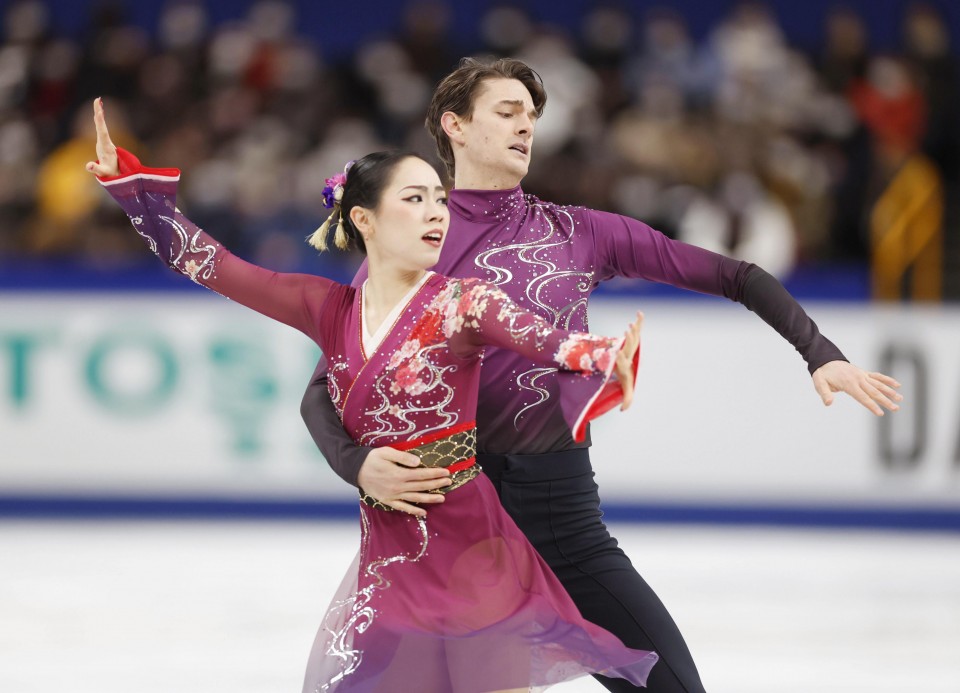 The husband and wife pair came in with a big enough lead over Thursday’s rhythmic dance to win by 1.86 points despite second behind Muramoto and Takahashi in the free dance.

Reigning two-time Olympic champion Yuzuru Hanyu will be aiming for his second consecutive national title and sixth overall when the men’s singles competition concludes on Sunday.

He edged Pyeongchang silver medalist Shoma Uno by 9.43 points after returning from his long injury absence with an outstanding short program on Friday. 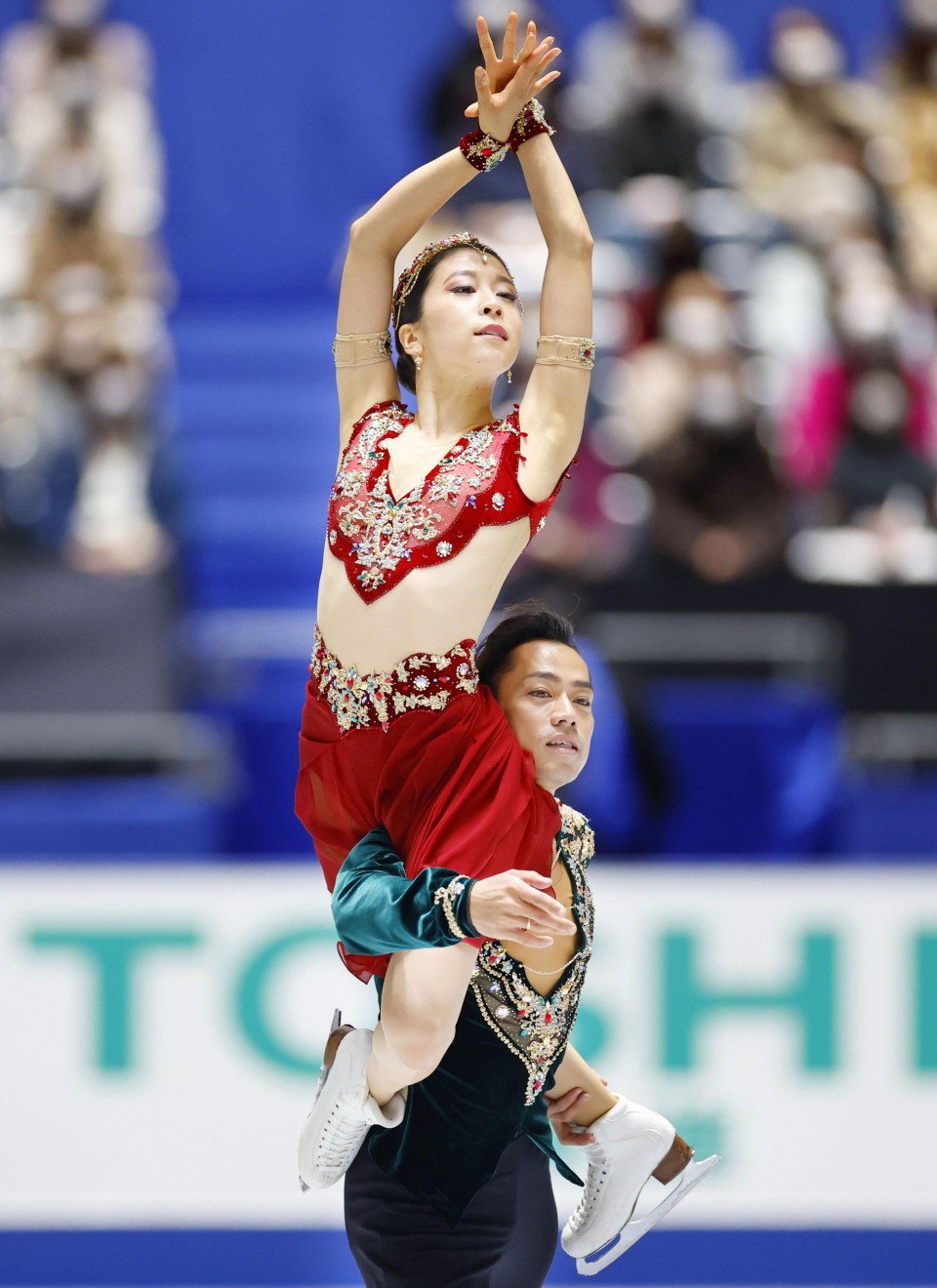 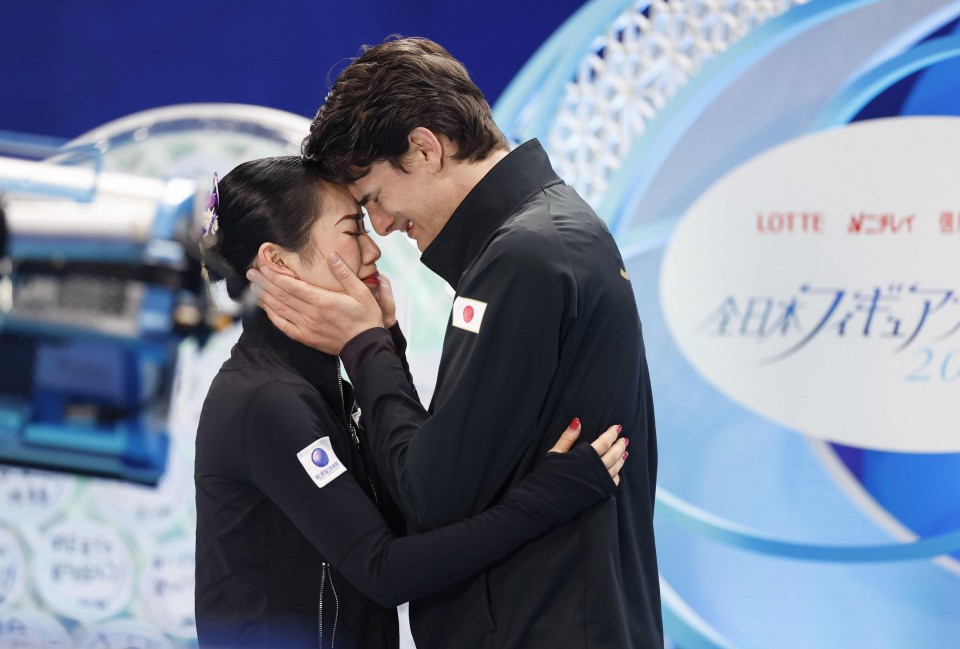 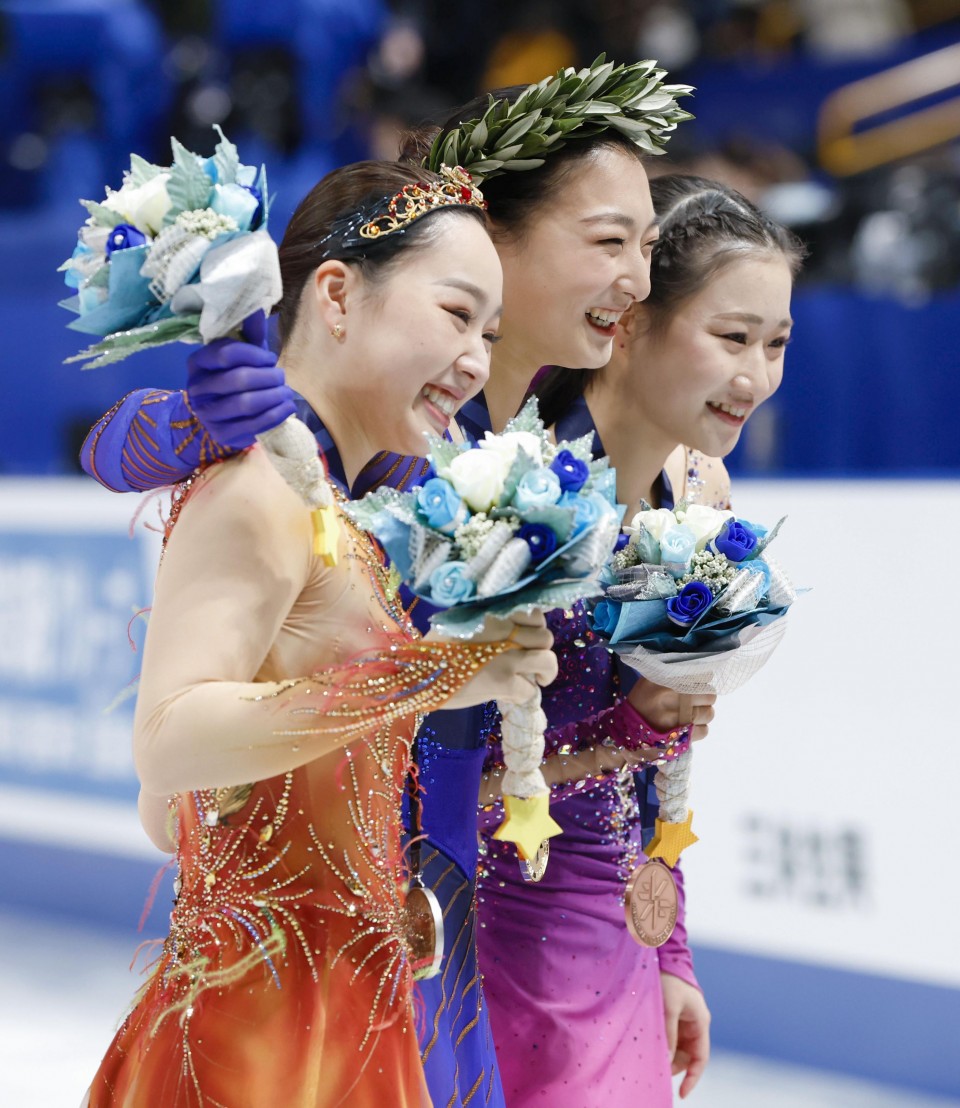 Kaori Sakamoto (C) poses for a photo after winning the Japan National Figure Skating Championship at Saitama Super Arena in Saitama, eastern Japan on December 25, 2021. Next to her is Wakaba Higuchi (L ) and Mana Kawabe, who finished second and third, respectively. (Kyodo) == Kyodo