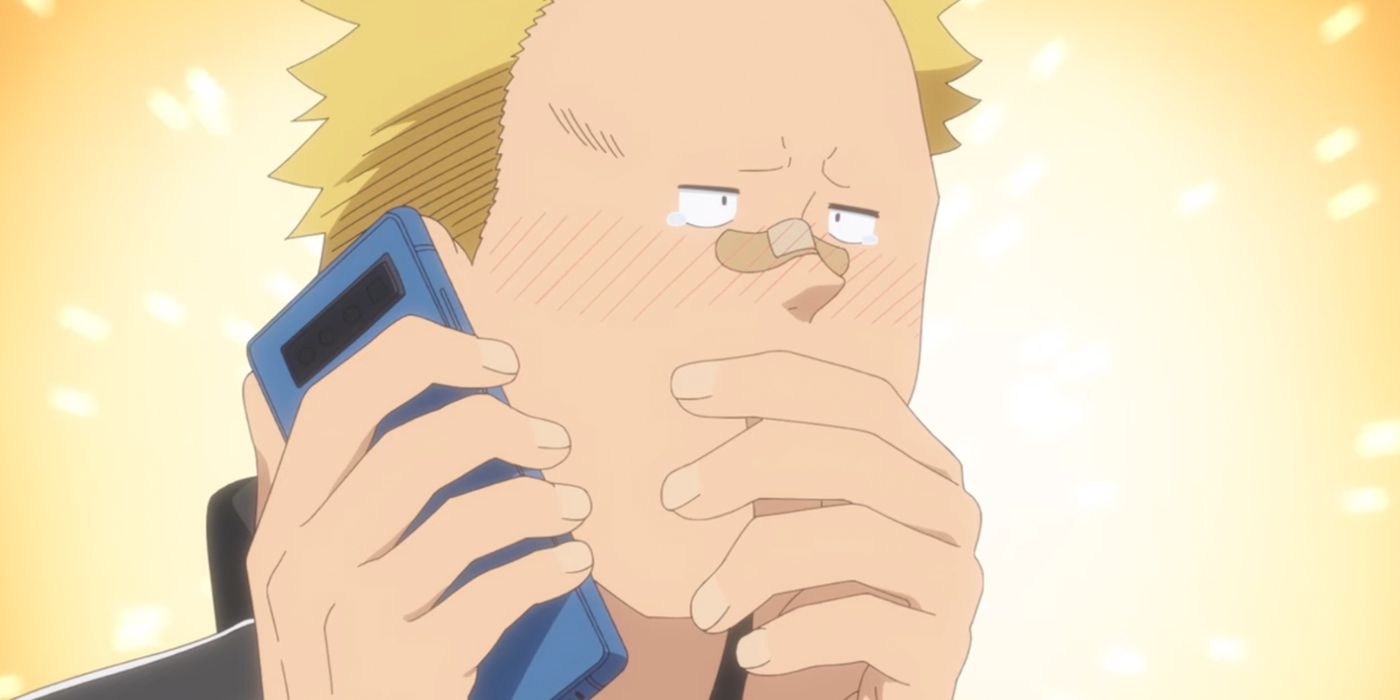 Katai hints that he has a crush on Tadano

Makoto Katai is the latest addition to Hitohito Tadano’s circle of friends in Komi can’t communicate Season 2. Despite his tough exterior, Katai is far from a school bully or a delinquent. Instead, he’s a really nice guy looking for meaningful human connection, but like Shoko Komi, he struggles to strike up a conversation due to crippling social anxiety. Luckily for Katai, Tadano is very good at reading the room and is able to figure out what he’s thinking before he even says anything. This was enough for Katai to befriend Tadano, and the two boys have stayed in touch ever since.

Katai returns in Episode 18 for two stories: “It’s Just Everybody’s New Year’s Eve” and “It’s Just Ice Skating”. In the first story, Najimi Osana plans a social gathering at the local shrine to properly greet the new year and for friends to reunite. During the winter break, Katai continued to train with her personal trainer and didn’t spend time with anyone else. When he received a surprise call from Tadano inviting him to the shrine with the rest of his group of friends, he was thrilled. The invitation even inspired him to plan another social outing with Tadano.

In the second story of Episode 18, “It’s Just Ice Skating”, it’s been a few days since Katai and Tadano were at the shrine and had since made plans for their next outing. Katai decides to go ice skating, even though he’s never done it before. What’s intriguing, however, is that he doesn’t want another big social outing with friends; he just wants to spend more time with Tadano, implying that he has a bit of a crush on him. This becomes more apparent after Katai invites him to go ice skating and the latter asks him if he can bring two more friends with him, in this case Komi and Najimi. Katai agrees to let more friends join him, although internally he wanted exclusive time with Tadano.

At the rink, only Tadano and Komi meet Katai as Najimi already had plans. Komi and Katai immediately cower around each other as Komi still thinks Katai might be a delinquent, and Katai still thinks Komi is a communication master checking on his progress.

Interestingly, Tadano doesn’t try to help Katai and Komi understand each other better by pointing out that they both struggle with extreme social anxiety to explain their troublesome behavior. Instead, he tries to defuse the situation by reminding Katai that he already had lunch with Komi and is now on Komi’s friend list. Katai doesn’t quite understand what this means but rolls with it since he already considers himself Komi’s apprentice.

When the three hit the ice, Tadano quickly learns that Katai doesn’t really know how to ice skate, though that doesn’t stop him from trying to impress. On his first try, Katai falls on his back and slides on the ice, getting in the way. Tadano then asks Komi if she knows how to ice skate, and she states that she doesn’t. Tadano realizes that he has to teach his two friends how to skate, the same way Ikkoku’s House Kyoko Otonashi had to teach her two male suitors – Yusaku Godai and Shun Mitaka – to ice skate. What differs in Komi can’t communicate is that neither Katai nor Komi compete for Tadano’s affections; they are really interested in learning how to move on the ice.

Tadano first teaches Komi since she is the first to accidentally slip on the ice, and he catches her to keep her from falling. He then holds her hand to guide her in her skating and even teaches her to stop. It involves turning her foot a certain way, but not so much that she might accidentally turn around. Komi wastes his foot and ends up hitting Tadano on the chest, which embarrasses them both. Katai, on the other hand, completely interprets Tadano’s instructions on Komi. Instead, he thinks Komi is showing him how to improve his friendship with Tadano, leading Katai to conclude that he needs to hold Tadano’s hand. The thought of that makes him really happy.

When it’s Katai’s turn to be instructed, he falls on his back again, but this time Tadano catches him, causing Katai to blush. He then holds Tadano’s hand and allows him to guide his skating, as he had imagined. Although Tadano just thinks he’s teaching a friend how to ice skate, Katai thinks he’s getting closer to Tadano, which makes him overjoyed. More than he wants to improve his communication skills, he’s just happy to have someone in his life who understands him, which makes him very similar to Komi. It will be interesting to see their reactions when Komi and Katai realize that they are more alike than different.

Skate Sim will launch on PC and consoles on September 22