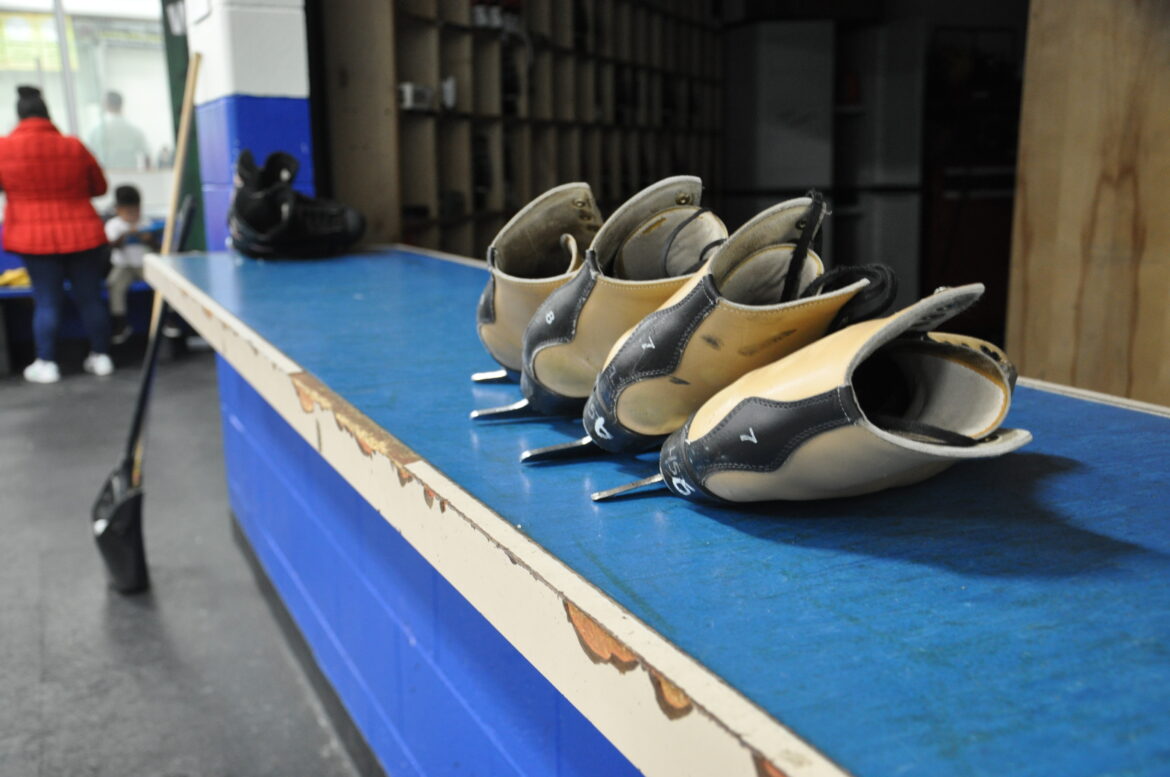 More than 6,500 miles from East Lansing, Madison Hubbell and partner Zachary Donahue hit the ice earlier this year for the 2022 Winter Olympics in Beijing.

Their performance in the rhythm dance segment of the team event saw the pair set a new personal best to help Team USA claim a silver medal. Hubbell and Donahue then set new personal bests in the ice dance competition, winning a bronze medal.

“It’s what every little kid who starts skating dreams of,” said Alex Gamelin, a coach at Lansing Skating Club who started skating at age 7 as part of US Figure Skating’s Learn to Skate program. “To be able to do this, when so few get to this point, is a super surreal experience. It’s still kind of surreal now,”

The club was founded in 1947 and includes national and international competitors.

“It’s been really gratifying,” Gamelin said. “Learning to skate starts as early as 2 or 3 years old, and my oldest students are in their late 70s.”

Gamelin said coaches play a critical role in developing athletes in a healthy and balanced way. That role was underscored by the controversy surrounding 15-year-old Russian skater Kamila Valieva at the 2022 Olympics. The Russian skater was mired in controversy after failing a drug test.

“It’s a case where the coaching staff let a kid down,” Gamelin said. “She’s incredibly talented, and I think for their own gain they’re abusing her. That’s not what we’re doing here.

“We really try to find that balance between pushing our students to do their best while keeping in mind that they are children. We need to nurture their love for the sport and them as people.

Hannah Miller started coaching after retiring from competition at age 22. Some of her favorite memories as a competitor include finishing second at the 2012 Junior Grand Prix Final in Sochi, Russia, and her last competition at the 2019 US Championships in Detroit. .

“Those were my last U.S. championships,” Miller said. “A group of my family and friends were able to come, which had not happened before.

“I didn’t get on the podium or anything like that, but it was such a rewarding event because I had the opportunity to have all my supporters there.”

Miller said it takes physical and mental strength to reach the highest levels.

“You invest so much, and then you go to the competition, and you have a short program and a long program,” she said. “Together it’s about seven minutes. So you have seven minutes to basically show off everything you trained for.

Miller said she tries to impart her own experience of skating to her students, while allowing them independence in the sport and their training.

“I let them choose how hard they want to push themselves because I think range is really important,” Miller said. “No matter who it is, no matter what level they are at, I want them to enjoy their skating.”

Sarah Capizzo started coaching at age 16 after suffering an injury that kept her out of competition. She continued coaching while earning a bachelor’s degree in psychology from Michigan State.

“It was a fun side job and I got a degree in psychology and started applying to graduate schools and got my final grade for my final finals and I had this kind of great time “aha,” Capizzo said. “I was like, ‘I want to coach, this is what I want to do.'”

Capizzo loves seeing its students grow not just as athletes, but as people. Her coaching career allows her to follow students throughout their career at the club, from their first steps on the ice to high-level competitions.

“I have a new group of little guys coming in and it’s amazing to be like, ‘Oh my God, what are they going to look like in 10 years?’ And like, I can see that. It’s such a privilege to be a part of their lives,” Capizzo said.

Capizzo said being a good coach means more than just giving your students a great on-ice education. She said it was also important to understand what her students are like off the ice.

“If I have a good idea of ​​what my athletes are like off the rink, then I can do a better job with how I manage them inside the rink.

“At some point, they will leave us. said Capizzo. “I want to do my part to make sure I instill in them the most positive things, whether it’s sportsmanship and integrity — in addition to their technique on the ice — so that they’re great people when they leave us.