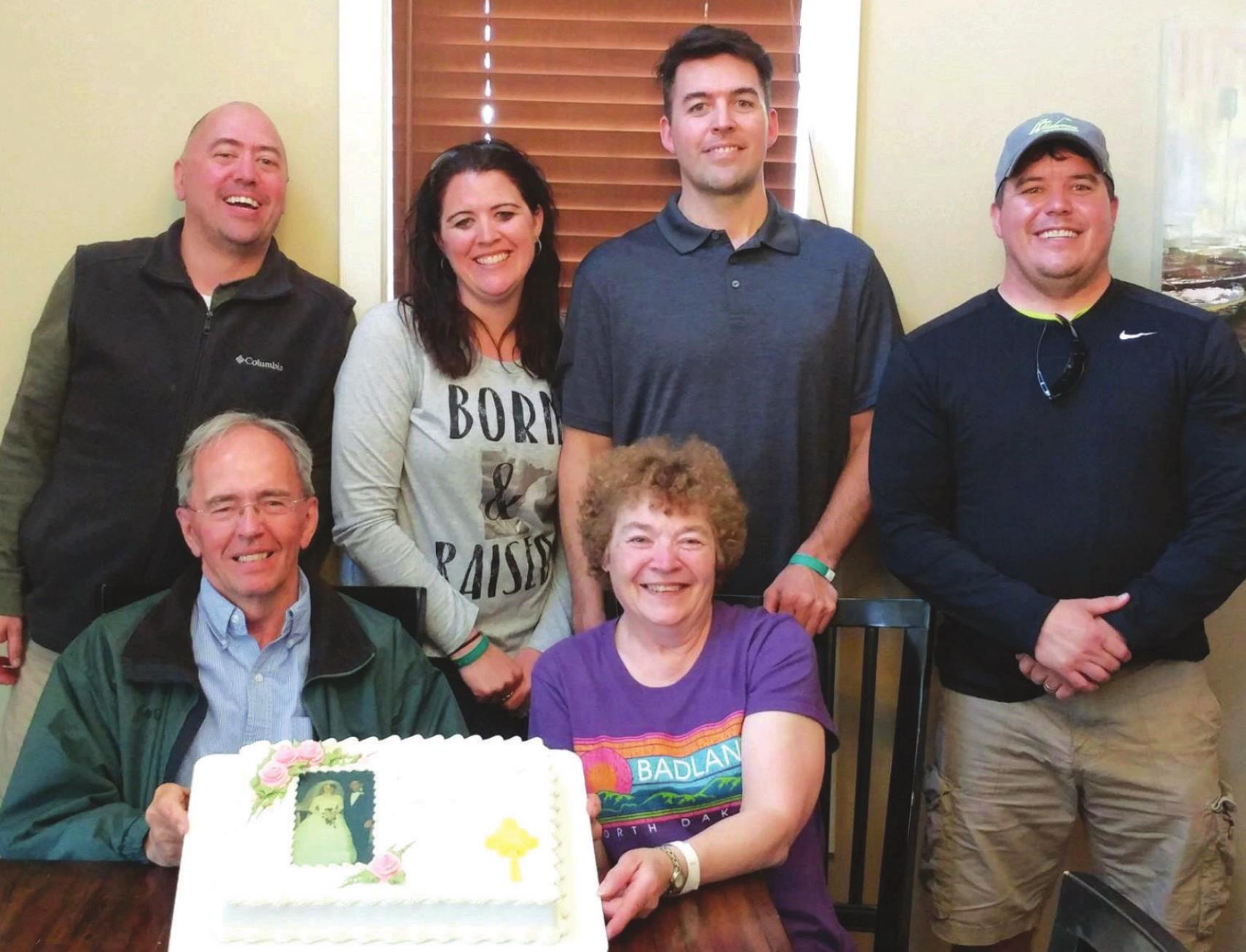 Frank and Jeannie Lindgren were honored to be named the first “Experienced Americans” of 2022 by the Golden Link Senior Center. The Link will celebrate the couple with an event on July 8 from 1:30 p.m. to 3 p.m. at the senior center where they will also receive an award.

Frank and Jeannie recently celebrated 50 years of marriage and have four children, including Jamie Kresl of Crookston who is a teacher at Highland Elementary, a son in Fergus Falls who is an emergency physician, a son in Blaine who runs a pharmacy and a son in Arizona who is a pharmacist. In addition, they have 12 grandchildren – six girls and six boys.

Frank was born on a farm north of East Grand Forks and he and his family lived in town in the winter and on the farm in the summer. He went to Sacred Heart for elementary and high school, and attended St. John’s University in Collegeville. Frank then joined the army and went to train in Virginia and Utah before being sent overseas to Thailand for a year. After his time in service, Frank worked at Eickhof Columbaria for 12 years and later worked in insurance sales, then for a plumbing and heating company and finally as a caretaker for the Crookston School District. After his “retirement” he drove the school bus in the mornings and afternoons, and for field trips and sporting events he also worked as a caretaker for Cathedral School. Frank’s involvements include serving on the Crookston City Council for 15 years, recently serving as Commandant of the VFW Post 1902, and being a member of the American Legion Post 20, DAV (Disabled American Veterans) , and to serve in the color guard and as a member of the Crookston Eagles Club. He was also active in their church. Frank had previously been a member of the Crookston Lions Club and served as president, in addition to being a member of the Jaycees. When asked what he likes to do in his spare time, Frank joked that he likes to take naps.

Jeannie is originally from Euclid and also comes from a farming family. After graduating from high school, she worked as a nanny, then was offered a job at a jewelry store. She later served five years in a bank in East Grand Forks, then after marrying Frank she decided she wanted to be home with their firstborn and started daycare outside their home. home. She cared for families for 50 years before retiring! In addition to looking after daycare, she helped her children with their early morning paper itineraries for nine years as they grew up. Jeannie also did a lot of sewing at the time and made costumes for community theater and some special projects for the ice skating program. Now, she can be seen being heavily involved with her grandchildren and directing them to and from their sports and activities. Jeannie also mentioned that she doesn’t sit much and would be interested in getting more involved in the community.

“We are very honored that they chose us,” Frank told The Times. “We think there are many other more worthy people.”

“When they asked us to accept the honor, it was so prestigious,” added Jeannie. “There are so many people who have done so many things. We are very humbled to have been asked for this.