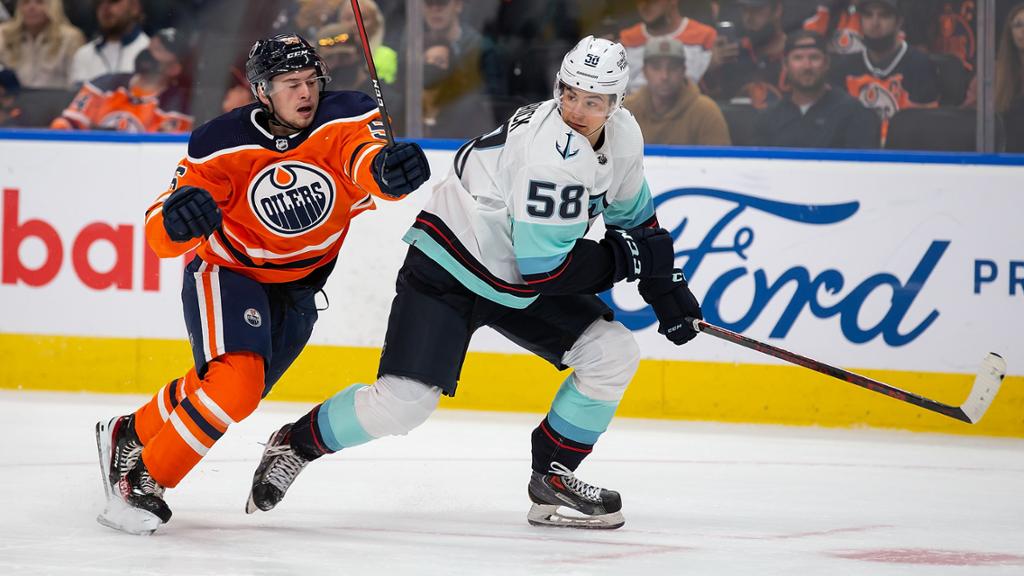 With the countdown to 10 days, the Kraken announced a second round of training camp downsizing on Saturday as the franchise prepares for the regular season opener on October 12.

Luc Henman, the first player to sign a pro contract with the Kraken, is assigned to the AHL’s Charlotte Checkers, to kick off his professional career after very productive junior seasons in the Quebec Major Junior Hockey League.

The discounts include four players with two-way contracts and NHL experience, allowing Seattle to send those people to AHL Charlotte training camp if they accept the waivers. The 24-hour exemption period begins on Saturday at 11 a.m. and ends on Sunday at the same time.

Defenders Connor carrick, Gustave Olofsson and Cale Fleury are all NHL tested players, as well as the goalie Antoine Bibeau, which has proven itself at the American Hockey League level. If any or all of those four players aren’t claimed by another NHL franchise, hopefully the Kraken can assign defenders and goalie to Charlotte. Forward Scott Wilson has been released from his professional trial contract.

Carrick, 27, is a 241-game NHL veteran who played strong defense for Washington, Toronto, Dallas and the New Jersey Devils. Like his fellow defenders, he will be a valuable reserve if the Kraken’s roster changes or needs reinforcements during the season due to injury, illness, roster change, a suspension or an AHL player who wins an opportunity.