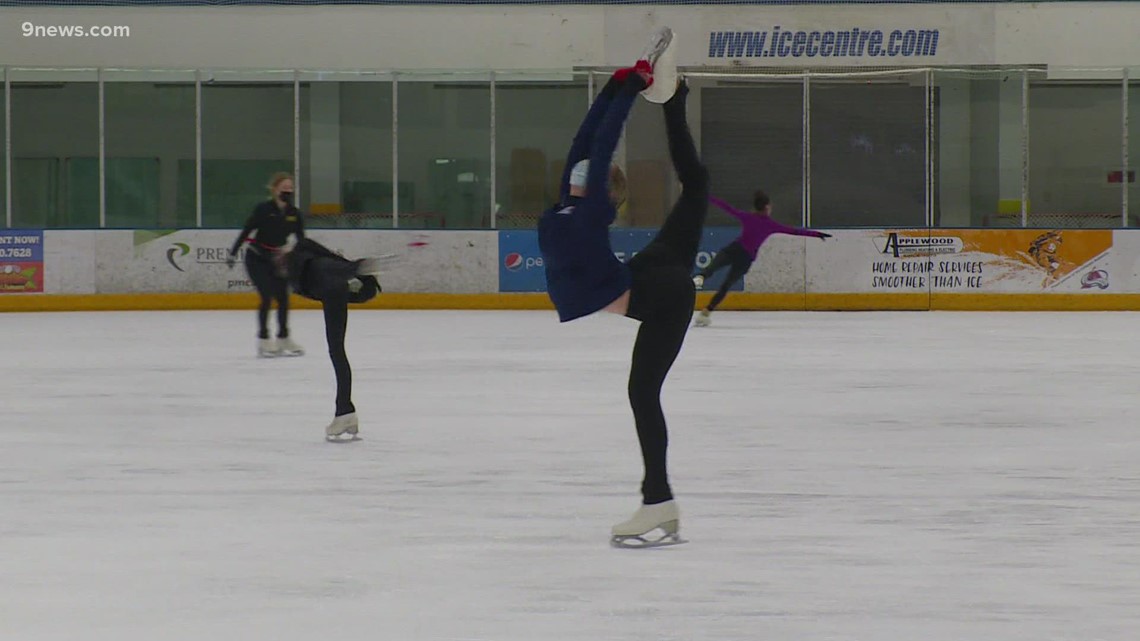 Mariah Bell is on her way to Beijing to compete in the Olympics. Not so long ago she was skating at Westminster.

WESTMINSTER, Colo. — As the Winter Olympics prepare to begin, young figure skaters in Colorado are taking inspiration from Olympians heading to Beijing.

At Westminster Ice Centre, there is no shortage of Olympic goals.

“I think that’s every little girl’s goal the first time they hit the ice. Like, I want to go to the Olympics,” Lilah Gibson said. The 16-year-old is already part of the national development team.

The youngest hope to be there soon.

Every twist, turn and jump brings them a little closer.

“When you crash, you always get up and try again. It’s about never giving up,” said 13-year-old Tiffany Bunce. “I really hope that one day I can go to the Olympics like them.”

Suspended above the ice rink, the name of Mariah Bell is a source of inspiration. Bell is on his way to Beijing to participate in the Olympic Games. Not so long ago she was skating here. Cindy Sullivan was her trainer.

“She’s so excited to have this moment of enjoying the Olympics and being an ambassador for our sport,” Sullivan said. “All older skaters are always an inspiration on the ice and off the ice.”

The Westminster girls made a video to send Bell to China with support from here in Colorado.

RELATED: Here Are The Colorado Athletes Going To The Winter Olympics