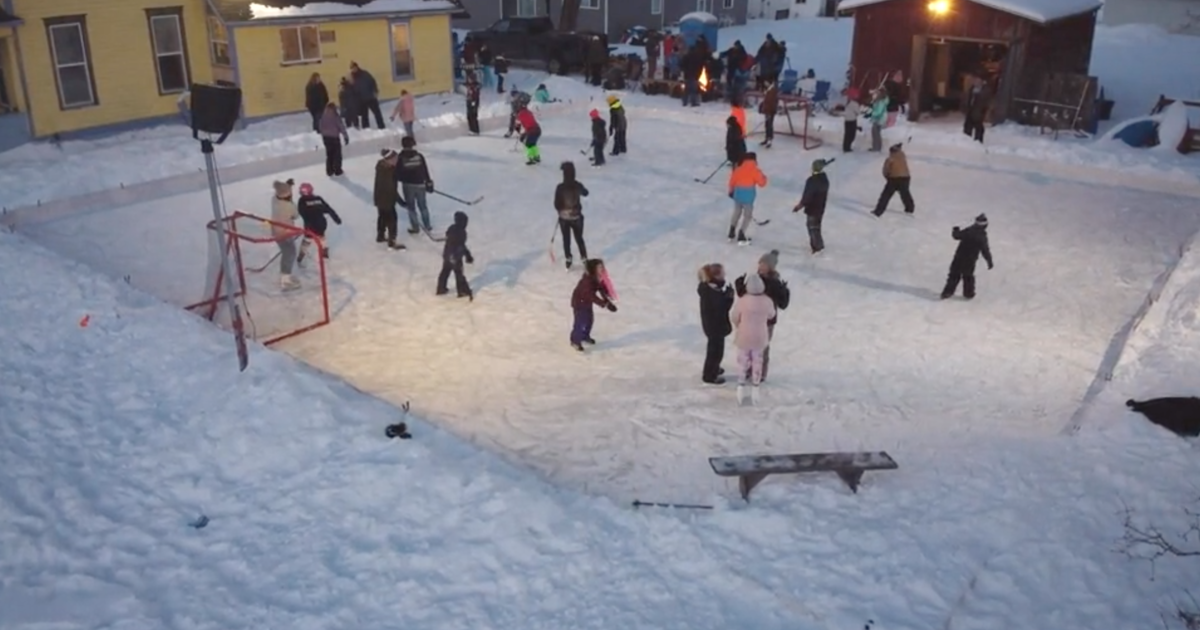 Scott Chittle of Manton, Michigan, decided his town needed an ice rink to survive the pandemic.

Although his own children did not skate, he felt that the community should have a safe outdoor space to meet, whether they realized it or not (which they did not) .

It also has a new skate sharpening machine, groomer gear, and a full lighting system all of which have been donated by companies who have seen the CBS News story and were willing to help.

â€œIt was amazing,â€ Chittle said. “It’s the best thing I have ever done.”

When people initially failed to flock to his house, Chittle went door to door to coerce them.

With a little nudge, Chittle’s side yard has become the place to be. The dark winter that was, suddenly bursts with joy.

“None of these kids have electronics in their hands, it’s amazing!” noted a parent.

When Chittle created the rink, he had no idea what he was really creating, but now it’s clear. For those who come, the sounds, smells and smiles will be forever – an iconic memory that children need to cherish their childhood.

â€œWe all know you have to provide for your kids, but somehow you have to give them a little magic every now and then,â€ Chittle said, wiping away a tear. “It doesn’t get any better than that.”

Contact On the road, or to send us a story idea, write to us: [email protected].

Steve Hartman has been a CBS News correspondent since 1998, having served as a part-time correspondent for the previous two years.