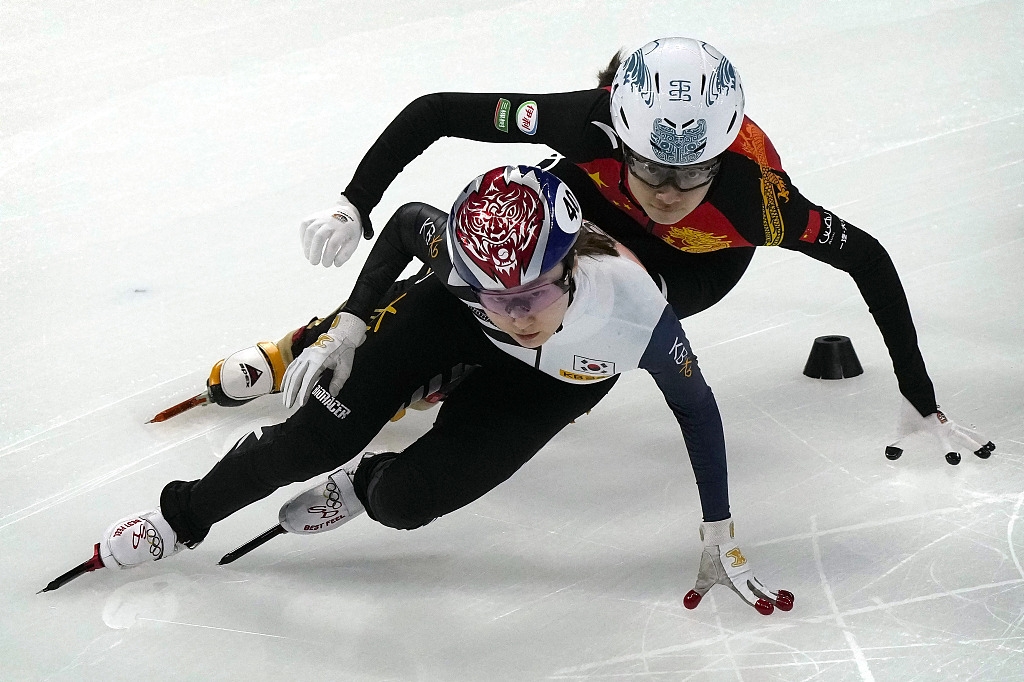 Choi Min-jeong was injured in separate crashes during the World Cup opener in Beijing on Saturday. She is expected to miss at least the next competition in Japan starting Thursday due to knee and ankle injuries.

In the women’s 1,500m final, Kim Ji-yoo attempted to cut inside Choi on the last turn and her right skate cut Choi’s left skate. Choi, Kim and a third Korean in the final, Lee Yu-bin, finished 1-2-3 on the home stretch. But with Kim knocking out Choi, who crashed hard against the padded wall, Lee won the lucky gold medal.

Choi wasn’t so lucky later in the day either. In the 500m final, Choi was struck by Martina Valcepina moments after the Italian skater lost her balance and fell. After entering the first leg into the wall, Choi still managed to win the bronze. But she missed the 1,000 quarter-finals played the next day.

Seoul-based Choi’s agency All That Sports said on Monday the skater returned from China earlier in the day, while the rest of the national team flew to Nagoya, Japan for the second. World Cup competition scheduled for this week.

This leaves the women’s team with five skaters. A Korea Skating Union (KSU) official said there were logistical challenges sending a reciprocating skater so close to the race due to travel restrictions linked to COVID-19.

A series of text messages between Shim and a former national team coach raised suspicion that Shim had deliberately tripped Choi out of spite in the 1,000m final at the 2018 Olympic Winter Games. The KSU opened a case. investigation about it.

Countries will earn quota places for the Beijing Winter Olympics next year based on their performance in four World Cup events through the end of November. In the first leg, South Korea won two gold, one silver and three bronze.

But South Korea would have won at least a few more medals if Kim hadn’t faced Choi in the 1500m. With countries, not individual skaters, winning quota spots for the Olympics, Kim’s attempt to pass Choi on the final turn was pointless.

The men’s team had their own issues, most of them performance-related. South Korea had no one in the men’s 500m and 1,500m finals. Hwang Dae-heon won gold in the 1000m, but was the only South Korean to compete for medals. And the 5,000m relay team received a yellow card in the final for obstruction.

South Korea has been the most successful country in Olympic short track, with 24 gold medals and 48 total medals since the sport became a medalist event in 1992. (Yonhap)

Fort Smith brings back the rink

When does Winter RiverFest start at Merwin’s Wharf?