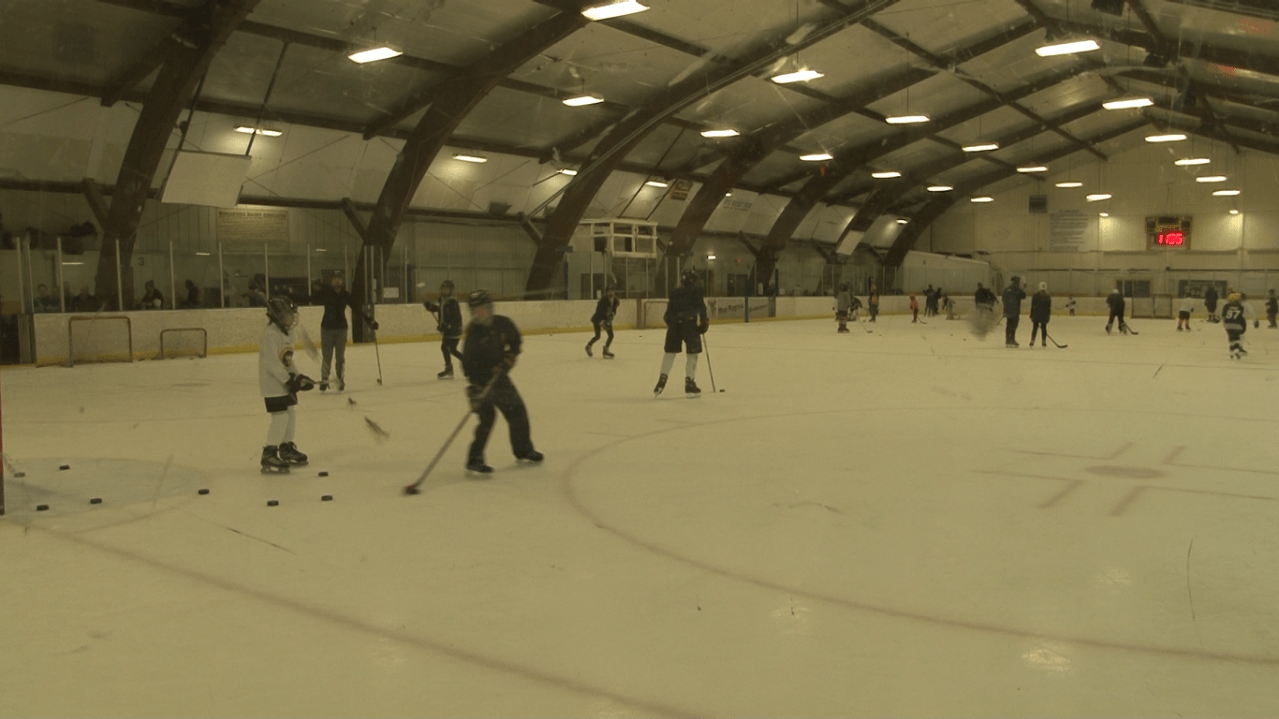 Sixty girls were registered to try hockey from ages 4 to 17. Events like this are an effort to increase the number of female hockey players on Morgantown Hockey Association travel teams.

Players from the WVU women’s and men’s hockey team were at the Morgantown Ice Arena to help out the girls.

“I think young girls need to know they’re welcome to go out there and be just as tough, have just as much fun skating, and you know, they’re great skaters, they’re fast on the ice, they are just as capable as boys of playing this game and we want to see them having fun doing it. So hopefully a lot of these young girls like to skate and want to keep playing and then we can have more age girls’ teams,” said Morgantown Hockey Association Board Secretary Sherry White.

In September, the Learn to Skate, Learn to Play event will begin for the youngest age group around 8 years old. Development programs will also be offered to teach children skating and hockey skills. There is a mixed travel team and an all-female team.

Everett Skate Deck, a place of youth and romance, will close