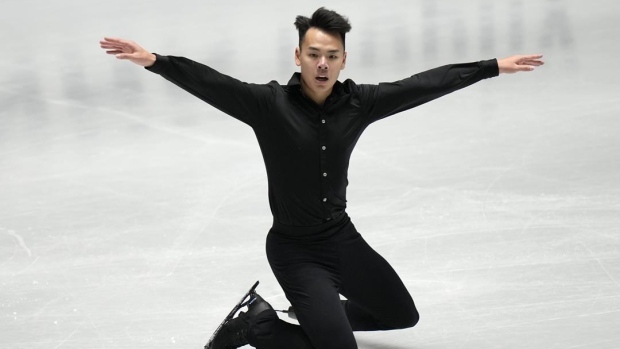 The 24-year-old from Richmond Hill, Ont., won gold at the 2014 world junior championships and went on to take silver at Skate Canada International in 2019 and bronze at Skate America in 2015.

“It has been an honor to represent Canada at the highest levels of our sport and I cannot thank Skate Canada enough for all the trust and opportunities they have given my team and me over the years of my career. “, Nguyen said in a statement. “I have learned so many valuable lessons over the years that I will take with me as I move on to the next chapter of my life.”

Nguyen had a difficult end to his career, contracting COVID-19 just days before Canada’s Olympic trials in January. He finished sixth and suggested this weekend that he might consider competing for another season.

Nguyen competed in the figure skating gala at the 2010 Vancouver Olympics and was memorable for her big round glasses and suspenders.

“Nam is a great example of skating development in Canada that is having success at all levels of skating. We are very proud of Nam and his journey, and wish him nothing but the best in his future endeavours,” said Skate Canada Senior Official Mike Slipchuk. show director.

Nguyen plans to stay in skating as a coach.

This report from The Canadian Press was first published on May 20, 2022.