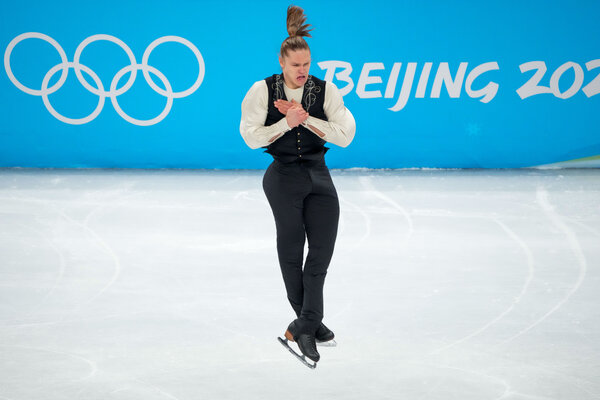 These musicians may not be synonymous with Olympic figure skating, but that could change in Beijing. They have made headlines in arenas and concert halls around the world, and on Thursday, during the men’s free skating program, their songs fill Capital Indoor Stadium.

Of course, the traditional accompaniments of Hans Zimmer, Andrew Lloyd Webber and Vivaldi will always be heard. But as a new generation of skaters matures, so do their musical selections.

Nathan Chen from the USA is hoping to strike gold by skating to a compilation of Elton John hits including ‘Goodbye Yellow Brick Road’, ‘Rocket Man’ and ‘Bennie and the Jets’. His teammate Jason Brown takes a more classical approach with music composed by John Williams for the film “Schindler’s List”.

Donovan Carrillo, the first Mexican in 30 years to compete in Olympic figure skating, qualified for the free skate under the spell of “Black Magic Woman” by Santana, whose founder and lead guitarist Carlos Santana was born in Mexico . Carrillo continued to feature Latin artists in his freestyle skate routine, including Ricky Martin, Carlos Rivera, and Deorro, a Mexican American DJ.

“It’s something I always try to do in my performance, to involve Mexican culture,” Carrillo said after his short program.

Singles and pair skaters have been allowed to compete in music with words since the 2018 Olympics in Pyeongchang, South Korea – an effort to make the sport more appealing to a younger generation.

Here is the full list of skaters and their playlists.