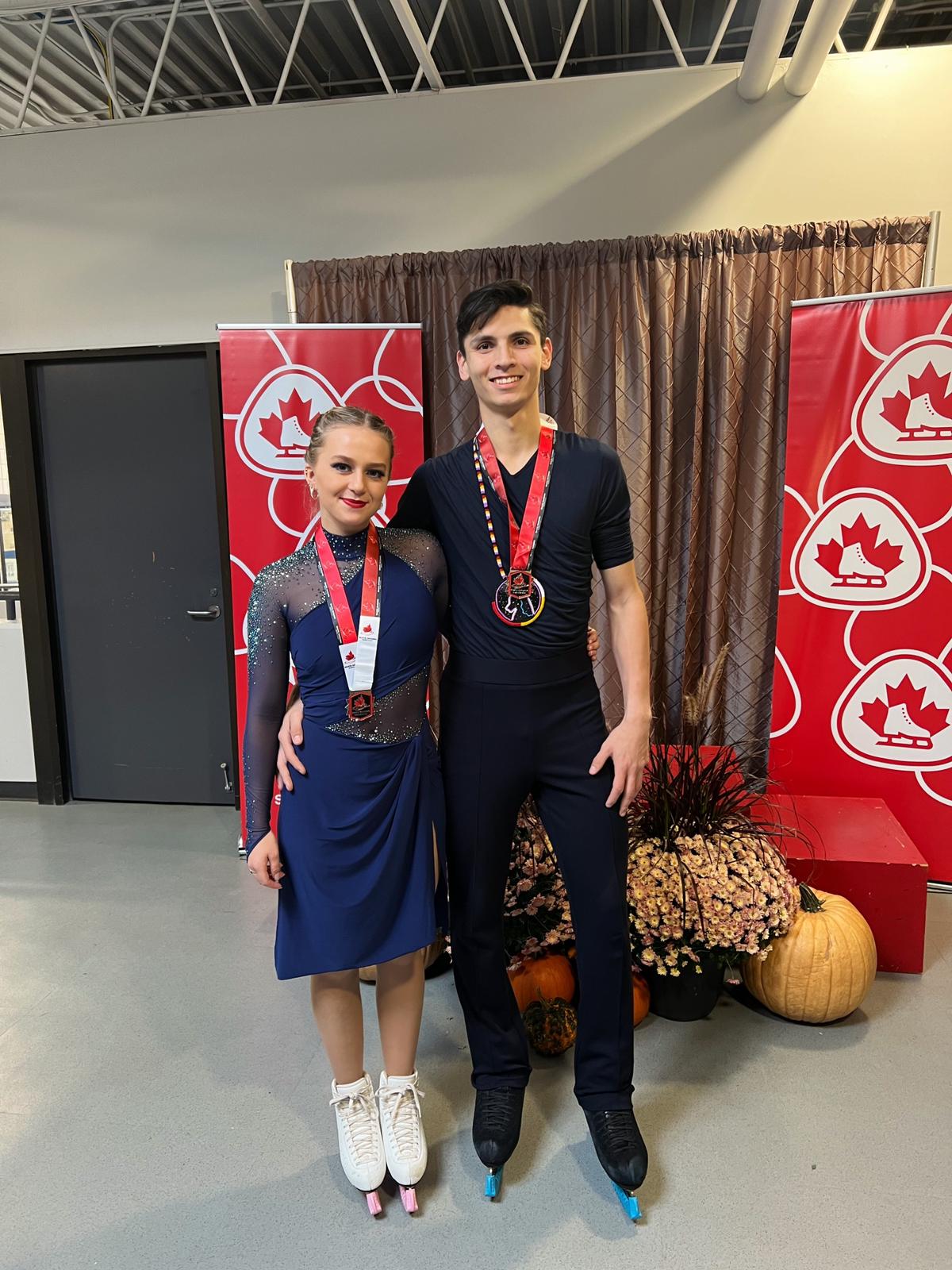 By TRT staff with notes from goldenskate.com

On Monday, October 18, the duo won second place for the Ilderton Skating Club at Skate Ontario Section 3 in Barrie in the senior dance category.

From home, the duo have been selected to represent Canada at the IceChallenge 2022 in Graz, Austria from November 9-12, 2022.

According to Golden Skate, the 2022 IceChallenge is the eighth in a series of 10 events in the 2022-23 Figure Skating Challenger Series and is scheduled to take place in Austria at the Merkur Eisstadion. The event will feature three figure skating disciplines, including men’s, women’s and ice dance divisions.

If the requirements specified in the documents mentioned above are met, the event will count towards ISU World Ranking Points, Minimum Total Technical Score, Challenger Series in Figure Skating Ranking and Prize Money.

To be considered for the Challenger Series, the competition must have at least three disciplines (Men’s, Women’s, Pair Skating, Ice Dance) from a minimum of 10 different ISU members across all disciplines combined,” reads- on on the Golden Skate website.

Riding In The Desert: How Skate Culture Developed Within Yuma