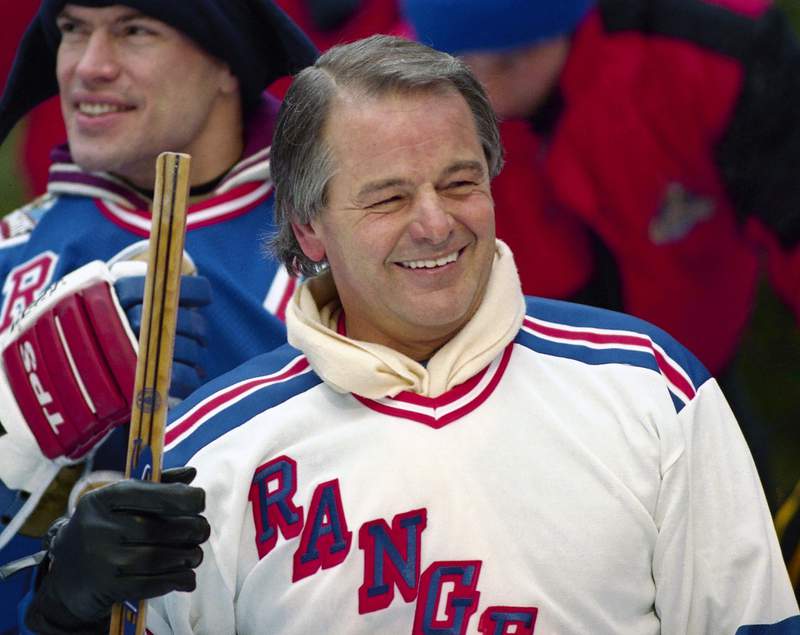 NEW YORK – Rod Gilbert, Hall of Fame right winger who played for the New York Rangers and helped Canada win the 1972 Summit Series, has passed away. He was 80 years old.

Gilbert’s family confirmed the death to Rangers on Sunday. The team did not provide details.

“While his on-ice accomplishments have made him a Hall of Famer deservedly, it is his love for the Rangers and the people of New York City that has made him endearing to generations of fans and has him. forever earned the title of ‘Mr. Tidy.'”

A native of Montreal, Gilbert spent his entire 18-year NHL career with the Rangers – a career that nearly derailed in 1960 when he broke a vertebra in his back after slipping over garbage on the ice while that he was playing for Guelph in the Ontario Junior Hockey Association.

Gilbert recovered and finished with 406 goals and 615 assists in 1,065 regular season games and 34 goals and 33 assists in 79 playoff games. He holds the Rangers records for goals and points. In 1972, he scored one goal and three assists in six games for Canada in its historic eight-game victory over the Soviet Union in the Summit Series.

Inducted into the Hockey Hall of Fame in 1982, Gilbert spent many years with the Rangers after his retirement as a player.

“Rod Gilbert’s impact on the National Hockey League and the New York Rangers over the past 62 years has been profound, both on and off the ice,” said NHL Commissioner Gary Bettman . “As a player he was revered by his teammates, respected by his opponents and absolutely adored by Rangers fans.”

Gilbert has competed in eight All-Star Games and received the Bill Masterton Trophy in 1976 as an NHL player who “best exemplifies the qualities of perseverance, sportsmanship and dedication to hockey.”

His No. 7 jersey became the first number to be retired by the Rangers when he was raised to the rafters of Madison Square Garden on October 14, 1979. In 2007, the National Hockey League Alumni Association honored Gilbert with the man of the year award. .

Copyright 2021 The Associated Press. All rights reserved. This material may not be published, broadcast, rewritten or redistributed without permission.

Skateboarder, musician, author making an appearance at the Holmes Library