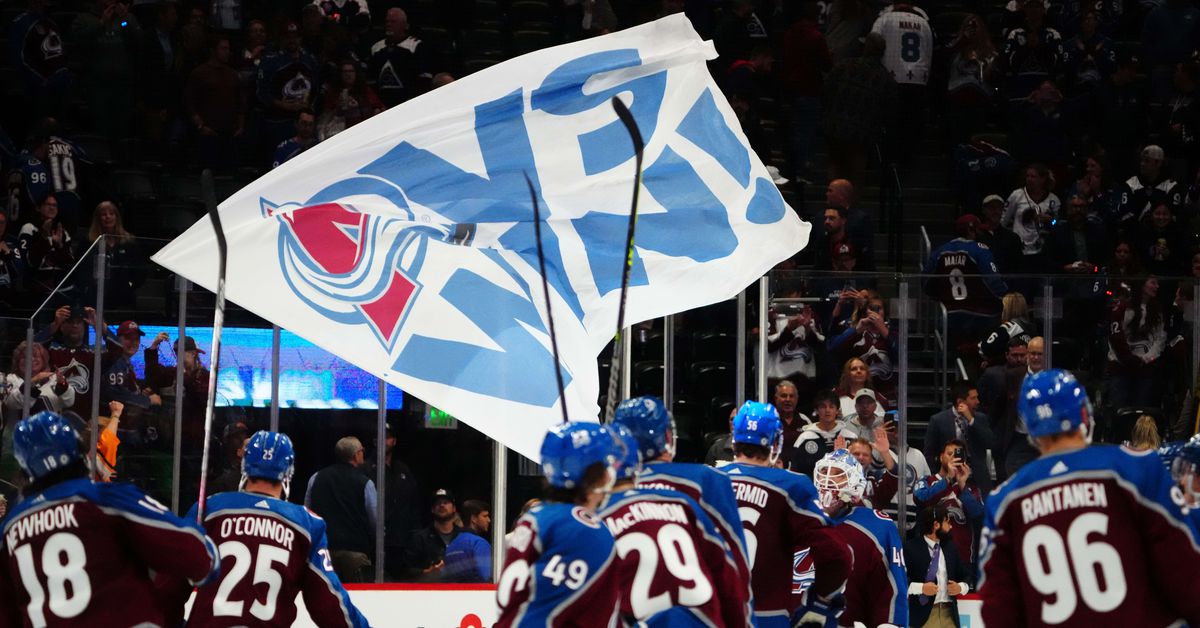 Oct. 13 – Artturi Lehkonen had two goals and an assist, Valeri Nichushkin also had two goals, and the Colorado Avalanche began their title defense with a 5-2 win over the Chicago Blackhawks on Wednesday night in Denver.

Jonathan Toews and Max Domi scored and Petr Mrazek made 30 saves for the Blackhawks.

The Avalanche held a banner-raising ceremony before the game, with injured captain Gabriel Landeskog skating the Stanley Cup around the ice. The team gathered for a photo and invited Chicago defenseman Jack Johnson, who played the entire 2021-22 season with Colorado, to join.

Connor McDavid had a hat trick and also had an assist as host Edmonton rallied from a three-goal second-period deficit to defeat Vancouver in the first game of the season for both teams.

McDavid became the sixth fastest player in NHL history to reach the 700-point plateau, reaching it in 488 games. Leon Draisaitl had a goal and two assists, and Darnell Nurse scored a shorthanded goal and added an assist for the Oilers. Jack Campbell made 33 saves in his Edmonton debut.

JT Miller had a goal and an assist and Elias Pettersson and Andrei Kuzmenko also scored for the Canucks. Thatcher Demko finished with 20 saves.

David Pastrnak and David Krejci had seven points as Boston opened the season with a win at Washington.

Pastrnak (one goal, three assists) and Krejci (one goal, two assists) led the way offensively to give Jim Montgomery a win in his first game as Bruins head coach. Patrice Bergeron, Taylor Hall and Hampus Lindholm completed Boston’s scoring, while Linus Ullmark made 33 saves. The victory came at a cost, however, as Jake DeBrusk suffered an upper-body injury and did not return for the third period.

Anthony Mantha and Conor Sheary scored for Washington, which is on a season-opening five-game winning streak. Darcy Kuemper made 25 saves in his debut with the Capitals.

Josh Anderson scored the go-ahead goal with 19 seconds left in the third period to send hosts Montreal past Toronto in the first game of the season for both teams.

Anderson’s winner completed a flurry of goals late in the third period. Sean Monahan gave Montreal a 3-2 lead at 17:30 and William Nylander tied the game at 18:10. Cole Caufield scored twice for the Canadians and Nick Suzuki added two assists.

Troy Terry scored twice, including on a breakaway 55 seconds into overtime, and added an assist as Anaheim rallied for a victory over visiting Seattle in the season opener for both teams .

Ryan Strome had a goal and two assists, Trevor Zegras had a goal and an assist and Frank Vatrano also scored for the Ducks, who trailed 4-2 with just over 10 minutes left in time. regulatory. Rookie Mason McTavish and veteran John Klingberg had two assists each and John Gibson made 44 saves.

Rookie Matty Beniers had a goal and an assist and Andre Burakovsky, Oliver Bjorkstrand and Jared McCann also netted for the Kraken. Justin Schultz had two assists and Philipp Grubauer stopped 22 of 27 shots.

Seth Jarvis, Brady Skjei and Andrei Svechnikov also scored for the Hurricanes, who won their fourth straight opener. Frederik Andersen made 31 saves for the win.

Columbus’ Patrik Laine started the scoring, but the Blue Jackets fizzled in the latter part of the game. Goalkeeper Elvis Merzlikins was called off before the game due to illness, so Daniil Tarasov started and stopped 39 shots.