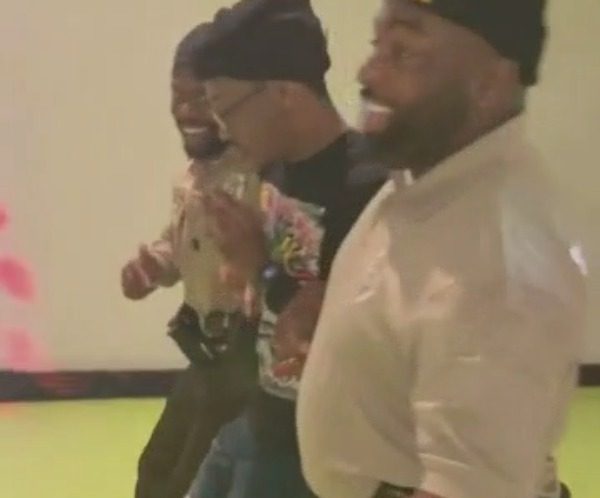 ST. LOUIS — What started out as a normal Saturday turned into a memorable Saturday at the Coachlite rink in Bridgeton thanks to St. Louis County police officers.

Roller skating was a longtime hobby of Officers Quintton Williams Sr. and Michael Conley Jr. and they even hung out at Coachlite Skating Rink as teenagers.

While the two worked security in their spare time, they were filmed having fun with one of their friends skating around the rink. It went viral with over 40,000 views, according to Williams.

Young skaters had repeatedly asked the officers to join them on the rink.

“We were a little hesitant because we have all this equipment and you know it would be embarrassing if one of us fell,” Williams said.

“Once we saw there were fewer kids on the floor, we said, ‘Let’s go’. So we went over there and when the kids saw us stepping onto the rink, it went crazy from there.

He added that everyone started pulling out their phones to record him skating. What started with a few rounds turned into a few songs, Conley said.

Both officers said they did not expect a viral spread.

Cross Keys Middle School officer Darryl Wilson has been skating for 20 years and is friends with Williams and Conley. When he was skating at Coachlite and heard that officers were going to skate on the rink, Wilson made sure to pull out his phone to capture the video.

He posted the video on social media unaware that it would go viral.

“It was just a blessing for (Williams and Conley) to be working in high school and doing safety at Coachlite and being able to get on the skates with the kids,” Wilson said.

Since officers are generally taken seriously, Williams and Conley wanted a chance to identify with young skaters.

“The best thing about the video is that people can see the police in a different light,” Williams said. “Once (kids) see a police officer who’s cool, who can get down to their level, nine times out of 10, they’re probably not going to try anything.”

He said skaters can expect to see officers on the rink more often. Conley added that skaters shouldn’t be afraid to approach them for skating advice.

“If they see us on the rink, I’ll try to teach you a little something,” he said.

Best Restaurants, Attractions, and Things to Do in Kendall, Florida