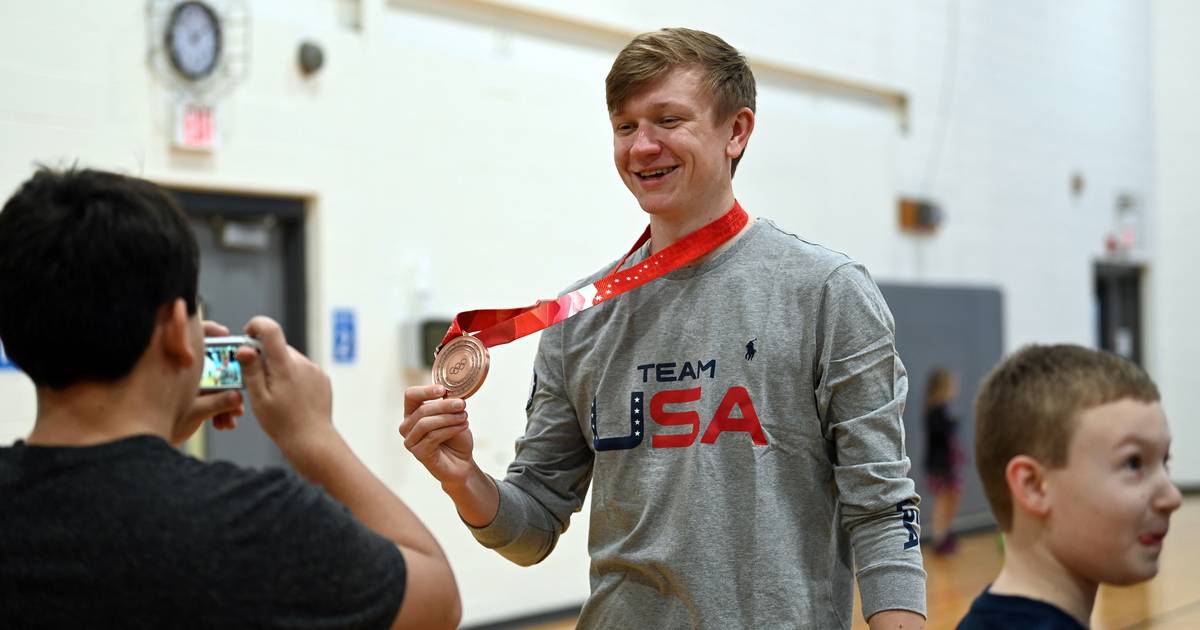 Olympic skaters return home to inspire the next generation

Olympic speed skater Ethan Cepuran and three teammates greeted fans and supporters, and shared some keys to their success, during a visit to his hometown of Glen Ellyn on Sunday.

Cepuran, a 2018 Glenbard West High School graduate who won a bronze medal at the Beijing Games in February, was joined by fellow speed skaters Austin Kleba, 22, of Campton Hills, Andrew Heo, 21, of Warrington, Pennsylvania, and Emery Lehman, 25. , of Oak Park.

Their visit to Northwestern DuPage County’s BR Ryall YMCA was part of the Toyota-led Olympians’ US speed skating tour, which included a second stop Sunday in Glenview.

The noon event in DuPage County included a Q&A session as well as photo opportunities for families and fans.

“There’s no point in doing a sport if you can’t inspire the next generation,” said Cepuran, who leaves the door open for a possible Olympic comeback in 2026. “Winning the medal was amazing, but you can relive that. moment each time you share it with a child.”

“I’m very excited,” added Kleba. “It’s great to be here and obviously inspiring young people is a unique experience to do.”

Among the skaters’ young fans were siblings Olive Deegan, 7, and Clare Deegan, 11, of Glen Ellyn. They were each lucky enough to hold Cepuran’s bronze medal.

The exercises presented on Sunday included footwork and arm movements, which the children seemed eager to pursue. Even a toddler has been seen trying out the foot activity.

The Olympians will return to Glen Ellyn on May 26 for the YMCA Annual Meeting and Dinner of Champions at Abbington Distinctive Banquets. For tickets and sponsorship, visit https://www.brryallymca.org.

The Arno twins of Natick, Mingolelli, Idelson of Framingham and Tersoni forge bonds on the ice